Does Judi Dench Have a Harvey Weinstein Tattoo?

Judi Dench once put a temporary tattoo of Harvey Weinstein's initials on her backside as a joke. 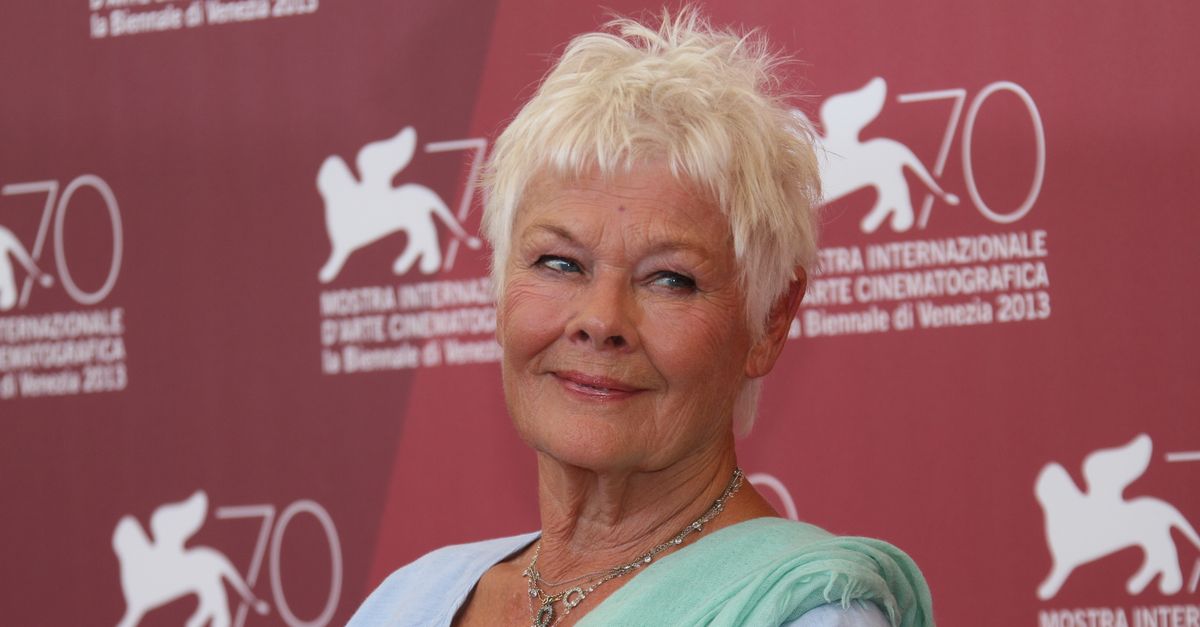 A piece of Hollywood lore was recirculated on social media in October 2017 after Newsweek claimed that actress Judi Dench, who recently spoke out against Weinstein's alleged history of sexually harassing women, had a tattoo of Harvey Weinstein's initials on her backside in a tweet (and presumably an accompanying "exclusive" article): Reports about Dench's Harvey Weinstein "tattoo" have been circulating since at least 2011 when the actress made a joke about the cheeky ink while accepting a British Film Institute award in London. Page Six reported:

The Oscar-winner for “Shakespeare in Love” said the former Miramax mogul gave her a break when others said she “didn’t have a face for film.” “[He] said, ‘Mrs. Brown’ should be a film,” Dench said of the 1997 project that launched her Hollywood career after Weinstein took it from the BBC to US cinemas. “It was thanks to Harvey, whose name I have had tattooed on my bum ever since."

Dench took this joke a step further when she reportedly mooned Weinstein at a New York restaurant in 2014. The actress explained in a Q&A with The Hollywood Reporter that she had her makeup artist draw a temporary tattoo on her backside before meeting Weinstein for dinner:

I once said to him, “I have your named tattooed on my bum." He laughed and was, well, quite embarrassed, actually. It’s quite difficult to embarrass Harvey, but I did! And then, we went out to lunch, to the Four Seasons. Charlie Rose was there and I think my agent was there. Beforehand, I got my makeup lady to actually write Harvey’s name. [laughs] Then I brought it up at lunch and said, “You know, I do have it on my bum” -- and then I actually got up and showed him! I’ve never seen a man more embarrassed and I’ve never let him forget it. [laughs] Perhaps I should have it done and really shock him!

Weinstein told a similar story during an appearance on The Graham Norton Show, although the producer appeared to be under the false impression that Dench's tattoo was genuine:

Dench didn't get her first tattoo until the age of 81, several years after the Harvey Weinstein tattoo rumors started to circulate, when she got the words "carpe diem" (seize the day) written across her wrist. Vanity Fair reported:

She did not get Weinstein’s name immortally etched into her arm, though. Instead, she got the words “carpe diem” inscribed on her wrist as a gift from her daughter, Finty Williams. In an interview with Surrey Life, Dench explained the ink: “That’s my motto: seize the day. Finty gave it to me for my 81st birthday—she’s wonderful with surprises.”

As of this writing, Newsweek's tweet incorrectly stating that Dench has a "Harvey Weinstein tattoo" on her derriere is still on Twitter, though the publication has added an update to their article:

This article has been updated to reflect that Judi Dench's tattoo dedicated to Harvey Weinstein was not a permanent fixture.

Although Dench was close to the producer throughout much of her career, she released a statement on 9 October 2017 condemning Weinstein for his alleged history of sexual harassment:

"Whilst there is no doubt that Harvey Weinstein has helped and championed my film career for the past 20 years, I was completely unaware of these offences which are, of course, horrifying and I offer my sympathy to those who have suffered, and wholehearted support to those who have spoken out."