A landscaping dispute between homeowners and village codes in Miami Shores led to widespread rumors that a judge had ruled the government can ban vegetable gardens. 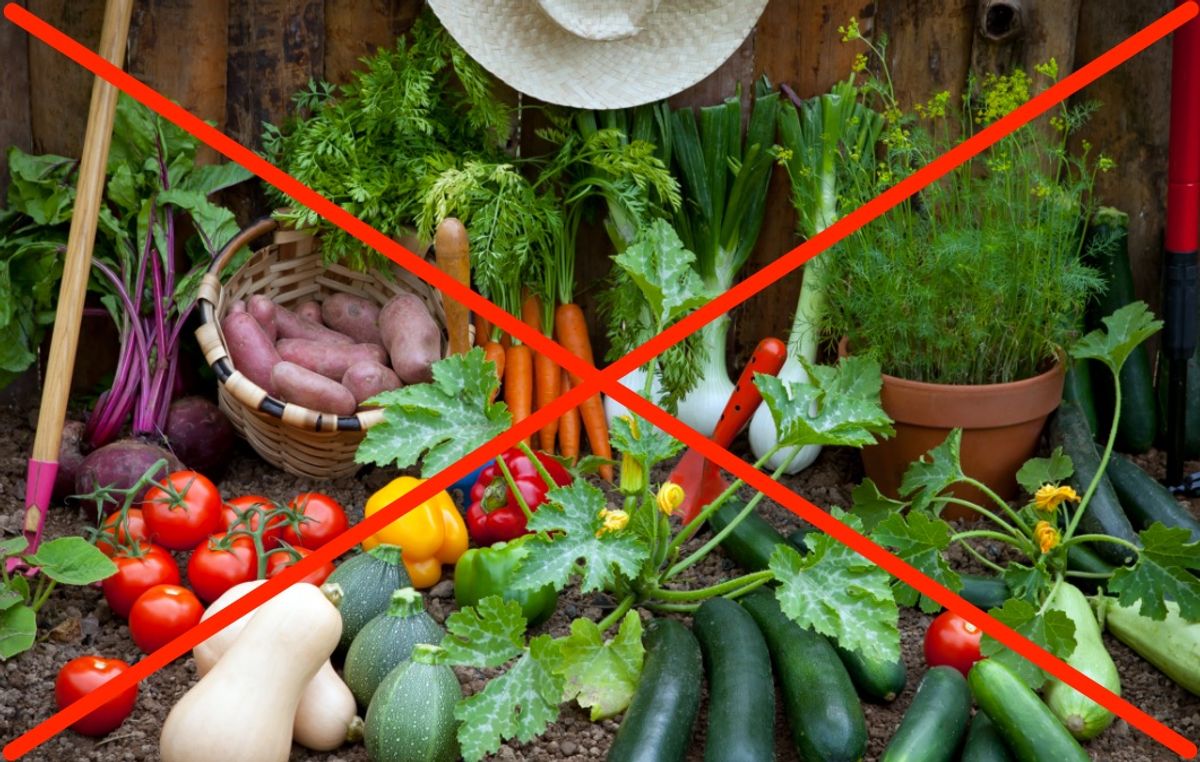 Claim:
A Florida judge ruled that the government can ban vegetable gardens because they're "ugly."
Rating:

A Florida judge ruled that the community of Miami Shores could enforce local codes restricting vegetable gardens to rear yards only.

The judge did not rule vegetable gardens may be banned altogether because they are "ugly" (or for any other reason).

In September 2016, the Free Thought Project web site published an article that led to claims a judge had ruled that "the government" could "ban vegetable gardens" because they're "ugly":

A Miami-Dade judge became the focus of much-deserved anger when she ruled on an ordinance banning front yard vegetable gardens. The village of Miami Shores, according to the ruling, has every right to take legal action against residents who dare to grow food in their own yards because they are “ugly.”

The court’s decision was based on a three-year long legal battle of Tom Carroll and Hermine Ricketts. They were facing a fine of $50 a day, not for robbing banks, or trafficking humans, or running some other criminal enterprise — but for growing their own food.

For 17 years, the couple grew their own food in their front yard until one day, the state came knocking.

No one was harmed by the couple’s garden, it was entirely organic, and in nearly two decades, not one of their neighbors ever complained. The only injured party in this ridiculous act was the state.

According to the tyrannical legislation, all homeowners are subject to the same absurd constraints. Their yards must be covered in grass — that is the law.

Predictably, the claim aused widespread outrage on social media due in part to the growing popularity of vegetable gardens and local produce. The rumor was condensed to conclude that a precedent enabling the banning of independent vegetable growth throughout Florida (or all of the U.S.) had been set by a judge because such gardens are unsightly, and that Miami Shores officials wished for all vegetable gardens to be replaced with grass.

The "tyrannical" tale also made it to the Miami Herald, which presented a more balanced version of events to readers. As it turned out, Carroll and Ricketts weren't prohibited "by the government" from growing any and all vegetables; rather, the Miami Shores jurisdiction simply stipulates, as part of local landscaping codes, that such gardens should not be placed in the front yards of homes:

A Miami-Dade judge on [25 August 2016] upheld the village’s much-maligned ordinance banning the practice. In a 10-page ruling filled with legal analysis on the definition of vegetables, Circuit Judge Monica Gordo acknowledged she wasn’t quite sure how the gardens ruin the aesthetics of a neighborhood [but] she got to the root of the law: Miami Shores still has every right to decide front-yard veggies make a neighborhood ugly.

“Given the high degree of deference that must be given to a democratically elected governmental body ... Miami Shores’ ban on vegetable gardens outside of the backyard passes constitutional scrutiny,” Gordo wrote.

The upscale village in Northeast Miami-Dade has long insisted it had every right to regulate the look of the community. At a hearing in June, the village’s attorney said vegetable gardens are fine in Miami Shores, as long as they remain out of sight in the backyard.

“There is no vegetable ban in Miami Shores,” village attorney Richard Sarafan told the judge. “It's a farce. A ruse.”

Judge Gordo agreed, saying that the village was well within its rights. She noted that Ricketts and Carroll weren’t without options.

It is true that a Miami Shores couple fought and lost a court battle with the village to retain their front-yard vegetable garden, but the court's decision in no way "banned vegetable gardens," much less constituted a sweeping ruling applicable anywhere outside Miami Shores. A local judge simply sided with Miami Shores Village in ruling that the jurisdiction had a right to enforce extant landscaping codes, which permit vegetable gardens in rear yards but not front ones. The couple involved were not prohibited from growing vegetables, simply from doing so in the front yard.

The rumor about a vegetable garden ban was one of several that severely distort local controversies over individual management of personal resources such as food and water to suggest the government is hostile to rugged individualists. A similar distortion asserted a man was arrested for collecting rainwater, and another inaccurately claimed Michigan repealed its "Right to Farm Act" (and presumably the right to farm along with it).