No, an Alaskan judge hasn't called upon U.S. Marshals and the FBI to arrest Congress and the President. 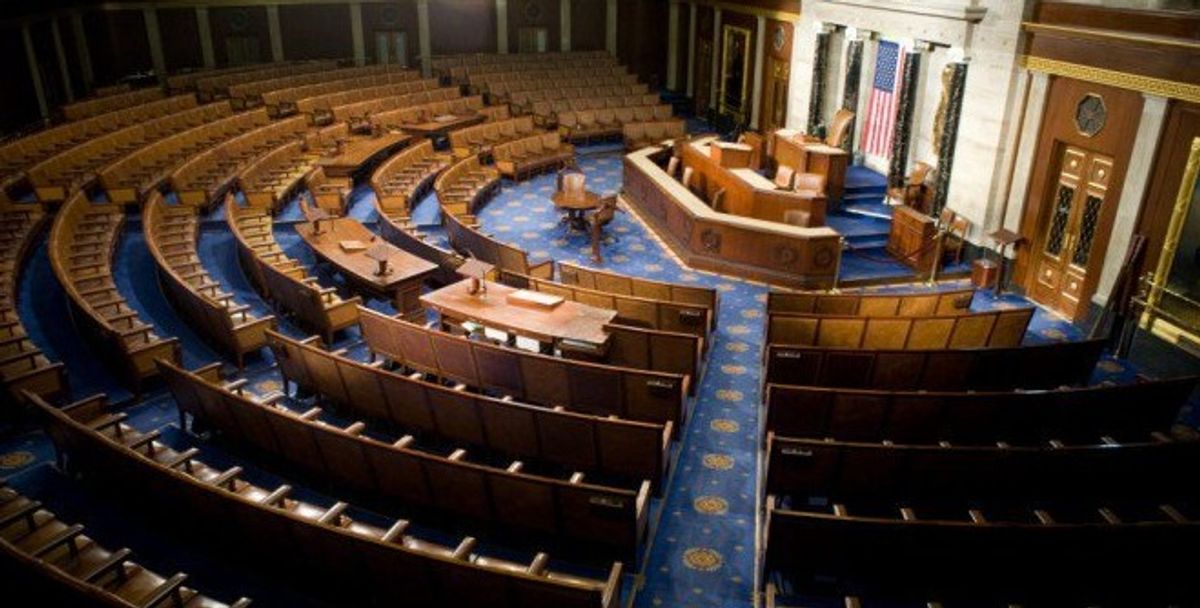 Claim:
A judge has called for the FBI and U.S. Marshals to arrest the President.
Rating:

On 10 December 2015, the web site The Mind Unleashed published an article provocatively titled "Judge Calls for US Marshals and FBI to Arrest Congress and The President":

On November 28th, 2015, Alaska State Judge Anna von Reitz (Anna Maria Riezinger) addressed an open letter to all federal agents, including the FBI and US Marshals to arrest Congress, the President and the Secretary of the Treasury. She goes into incredible detail on the fraud that has been committed. Anyone who reads this is sure to learn at least something. Below is the text and you can open the original pdf here. This has been encouraged to be shared widely.

These people — the members of Congress and the various "Presidents" of the numerous "United States" corporations — have acted as criminals. They deserve to be recognized as such. The members of the American Bar Association have attempted to wash their hands while profiting from the situation and obstructing justice. They stand around shrugging and saying, "Well, it's a political choice. We don't have anything to say about that." — yet at the same time, they refuse to correct the probate records to reflect our chosen change of political status when we plainly identify ourselves and enunciate our Will for them.

We repudiate any presumption of private municipal citizenship or obligation to the District of Columbia Municipal Corporation or any successor thereof, and demand an immediate and permanent correction of the civil record to reflect our birthright status as American State Citizens, nunc pro tunc.

As for you, as "Federal Agents," you have a lot to think about. For starters — who really pays your paycheck? Is it the goons in Washington, DC? Or does it all come from the American people you are supposed to be serving? Do you believe for one moment that anyone just lined up and gave their gold to FDR voluntarily? Do you believe that anyone gave away all their property and the guarantees of the actual Constitution for the “privilege” of paying for Social Security? No? Wake up and smell the java and start doing your real jobs. If anyone complains — arrest him.

We are reopening the American Common Law Courts expressly for the purpose of settling disputes related to living people and their property assets in excess of $20 as mandated by the Seventh Amendment. We, the American people, are the ones holding absolute civil authority upon the land of the Continental United States, and we give you permission to arrest the members of Congress, the President, the Secretary of the Treasury, and any other politician or appointee pretending to speak for us so as to enslave us and bring false claims against us via this institutionalized fraud scheme.

We want it recognized for what it is and dismantled and repudiated tout de suite. Any court that is caught arresting and prosecuting Americans under the presumptions just described to you— such as bringing charges against foreign situs trusts with names styled like this: John Quincy Adams, or Cestui Que Vie trusts styled like this: JOHN QUINCY ADAMS, or Puerto Rican public transmitting utilities styled like this: JOHN Q. ADAMS — it is your responsibility to make sure that any individuals being addressed by these courts were actually born in the District of Columbia, Guam, Puerto Rico, or one of the other Insular States and that they are not ignorant American State Citizens being falsely registered and railroaded.

As the text of the letter suggested, its writer espouses a "sovereign citizen" approach to government and how it ought to operate. That ideology is largely a combination of wishful thinking and willful ignorance which holds that those who embrace it are answerable only to their particular interpretation of the common law and are not subject to any statutes or proceedings at the federal, state or municipal levels, including such ordinary legal conventions such as driver's licenses and taxation.

Anna von Reitz, the letter's writer, was described by The Mind Unleashed (and on social media repostings of the missive) as a "judge," but she holds no such legal standing or authority. In a post (titled "Am I a 'Real' Judge?) on the web site American Law of the Land, a response attributed to von Reitz explained that she is in fact a judge because ... she says she's one:

To answer that question and give you the fair full depth of it, you have to learn a lot of history and learn it right now. I am sick and tired of having people say I am not a judge and asking me in what sense I am a judge and coming up with all these silly suppositions and accusations, so I am going to answer you and then I am going to post this letter and let everyone else read it to their heart’s delight.

The Continental United States is under the plenary (complete) control of the living People — the so-called "birthright" American State Citizens. We each have more civil authority on the land than the entire federal government.

The Federal United States is British-controlled and always has been.

All those "courts" that you think are your courts are not your courts, if you are an American born on the land of the Continental United States. They are a mish-mash of corporate administrative tribunals and martial law courts operated by the Federal United States and the Washington DC Municipality, all operating in the foreign international jurisdiction of the sea.

For example, THE SUPERIOR DISTRICT COURT FOR THE STATE OF ALASKA is run by the ALASKA COURT SYSTEM, INC., which is a federal corporation doing business as the "THE SUPERIOR DISTRICT COURT" — a privately owned and operated for-profit corporate franchise which is under contract to act “FOR” the STATE OF ALASKA which is another private, mostly foreign-owned corporate franchise of the UNITED STATES, INC., which is owned and operated by the IMF, which is an agency of the UNITED NATIONS, INC.

Now, does the local Burger King franchise have any right to haul you over to the side of the road and demand that you produce a license? No? Not unless you are a Burger King employee.   Does the local Sears franchise have authority to foreclose upon you and kick you out of your house? No? Not unless you have a valid fully disclosed contract with Sears allowing them to do that.

Of course, had any real judge court in the land genuinely issued an order calling for the arrest of the President of the United States and the entirety of Congress, it would have been widely reported outside a handful of fringe web sites (which it was not). Anna von Reitz is not a "judge" by any commonly accepted legal (or general) definition of that term, she carries no authority to issue such an order, and her political screed is not an official legal document of any kind.