Did Joy Behar Publish a Crude Tweet About a Fire at Trump Tower?

Shortly after a fatal fire at Trump Tower, a fake tweet attributed to Joy Behar of 'The View' began circulating on social media. 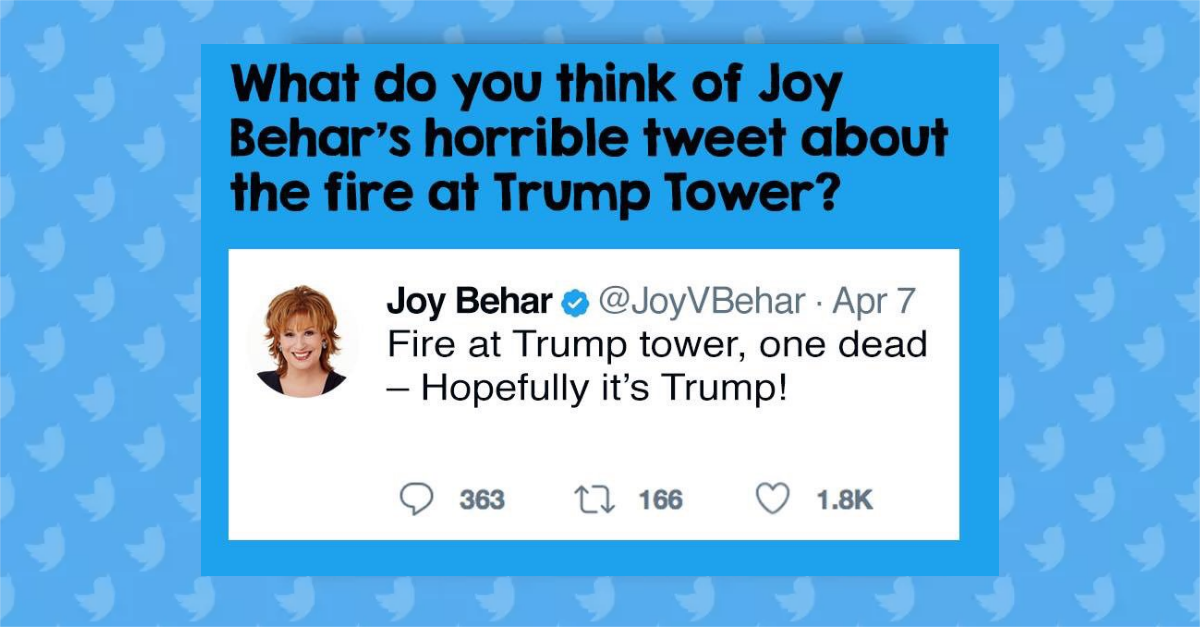 Claim:
Joy Behar of "The View" sent a crass tweet about a fatal fire in Trump Tower.
Rating:

A 7 April 2018 fire at Trump Tower in Manhattan left one longtime resident dead. It also led to rumors that The View's Joy Behar posted an insensitive tweet about the tragedy on the day it occurred, supposedly expressing a sardonic wish that the dead victim was President Trump himself: Although neither the original tweet nor manual retweets of it could be found on Twitter, social media users claimed that Behar had posted it and then "took it down," and carried on sharing purported screenshots of the offensive post.

The tweet is not real: Neither the original tweet nor authentically cached or archived versions of it could be located via Twitter's search function (or others). Further, The View's official Twitter feed addressed the rapidly spreading rumor and described the image showing the purported tweet as "completely fabricated":

An image of what appears to be a tweet from @JoyVBehar commenting about the president has been circulating on social media. The tweet did not come from Joy and was completely fabricated.