Is Joshua Ladu the Tallest Man in the World at 9 feet 8?

Someone may be stretching the truth. 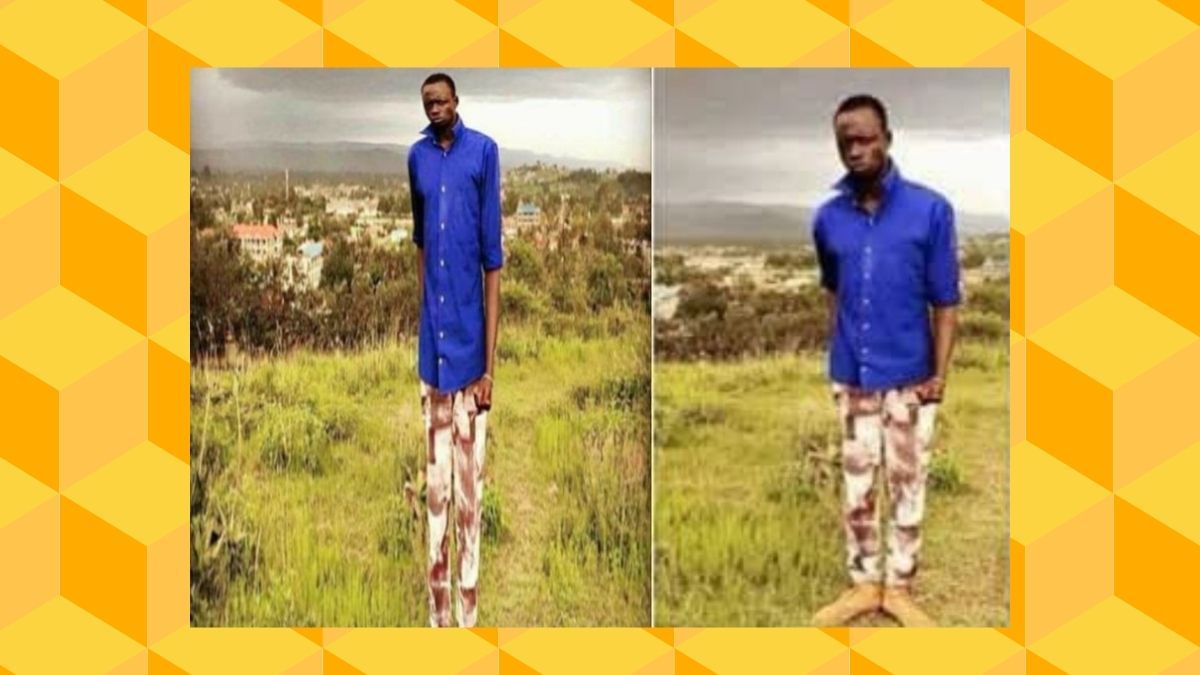 In November 2021, an image was circulated on social media that supposedly showed a 9-foot-8 man, Joshua Ladu, who had just been named by the "Guinness Book of World Records" as the tallest man in the world: This is not a genuine photograph of an extraordinarily tall person. This image has been stretched to make this person look much taller.

While we have not been able to find the specific origins of this altered image, we did find what appears to be the original source photograph. Here's a side-by-side of the stretched image (left) and the apparent original photograph (right). The altered image has been circulating since at least May 2020. If this picture and claim were accurate, Ladu would have certainly been added to the "Guinness Book of World Records" by now, but that isn't the case.

[Guinness] named Robert Wadlow as the tallest man "of whom there is irrefutable evidence". When last measured on 27 June 1940, the mild-mannered American stretched a staggering 2.72 m (8 ft 11.1 in) tall.

Perhaps surprisingly, Robert entered the world no differently to most babies. He was born on 22 February 1918 to two regular-sized parents, weighing an unremarkable 3.85 kg (8.7 lb). But he rapidly started to shoot up, reaching an incredible 1.63 m (5 ft 4 in) by the age of five, by which time he was already wearing clothes intended for teenagers.

In short, the viral image does not show Joshua Ladu, the world's tallest man. The image was digitally altered, and the claim about Ladu's being in the "Guinness Book of World Records" is false.