Did Mandel 'Forget To Photoshop His Hands' in Campaign Ad? 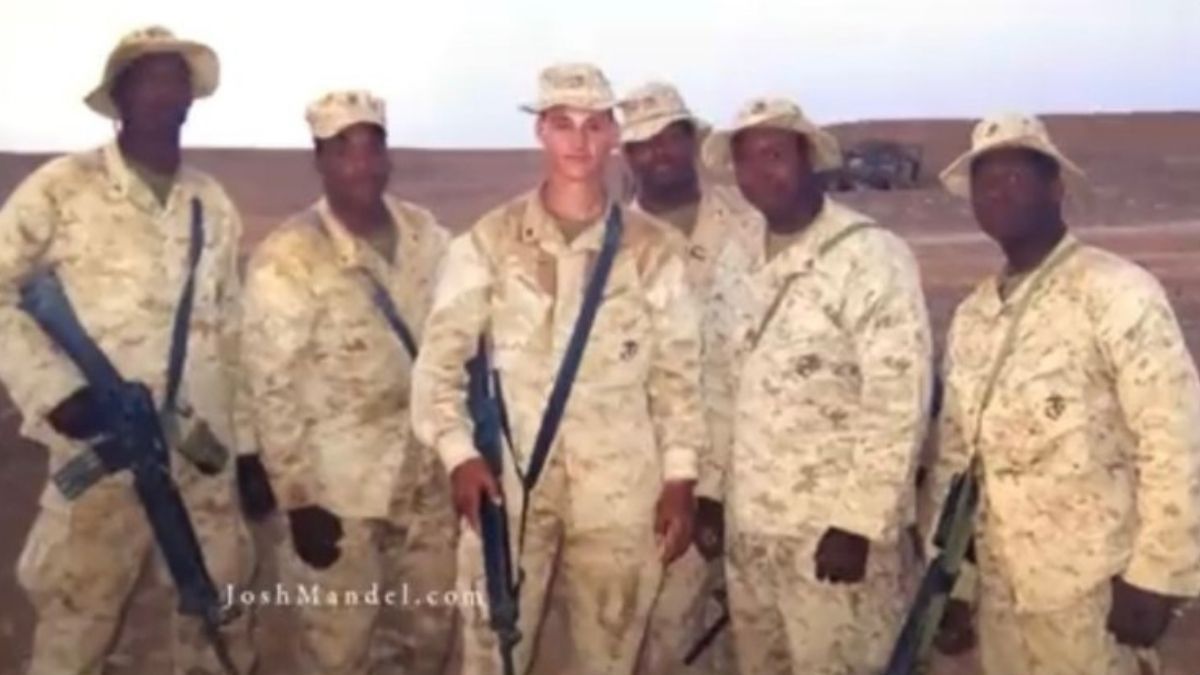 Claim:
In a photo used in a campaign ad, Senate candidate Josh Mandel's face was pasted over that of a Black U.S. Marine.
Rating:

In April 2022, U.S. Senate candidate Josh Mandel, R-Ohio, released a new campaign ad that featured video footage of him condemning critical race theory while standing on the Edmund Pettus Bridge in Selma, Alabama, the site of a series of civil rights marches during March 1965. While much of the social media chatter around the ad focused on Mandel's choice of location, (Martin Luther King's daughter Bernice, among others, criticized the ad), other social media users promoted the specious claim that Mandel's face had been digitally overlaid onto a Black U.S. Marine's body during a different segment of the ad. There's no truth to this claim. Mandel's face was not pasted onto a Black Marine's body. This is a genuine photograph of Mandel, who enlisted in the Marine Corps Reserves in 2000 and served at least two tours as an intelligence specialist in Iraq, posing with five fellow Marines.

It's possible that the photo was altered in another respect, however. Politico reporter Natalie Allison obtained the original and posted it on Twitter for comparison. While there appears to be a significant color difference between Mandel's face and his hands in the version that appeared in the campaign ad, this color difference is far less noticeable in the original photograph (at right in the tweet below):

We reached out to Mandel's campaign for additional information but have yet to hear back. We will update this article if more information becomes available.

Here is Mandel's full campaign ad. The photo in question can be seen around the eight-second mark: