Is Sen. Josh Hawley Selling a Book Critical of Amazon on Amazon.com?

The freshman U.S. senator from the state of Missouri published a book titled "The Tyranny of Big Tech." 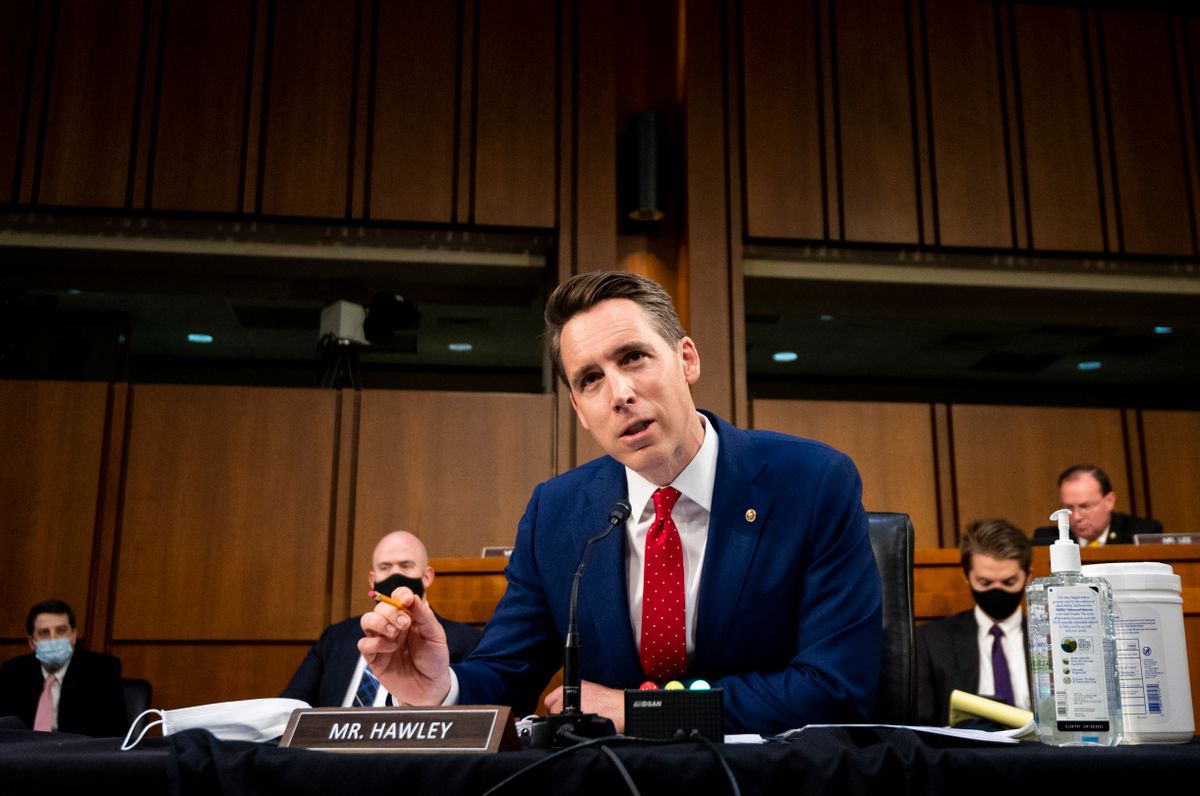 Claim:
U.S. Sen. Josh Hawley is selling a book on Amazon.com that is critical of Amazon, titled "The Tyranny of Big Tech."
Rating:

In April 2021, U.S. Sen. Josh Hawley from Missouri advertised his upcoming book, "The Tyranny of Big Tech," as being available for purchase on Amazon.

It's true that Hawley was selling a book critical of Amazon on Amazon's website.

However, it's unclear if this was an unintentional downside of an effective way to sell books in 2021, or if it was a PR strategy to drum up more buzz for the book's launch. It could also be argued that this was perhaps the U.S. senator's way to show up "big tech" on its own turf.

We contacted Hawley's office for clarification on why Amazon was chosen for pre-orders.

The book's description read as follows on Amazon's website:

The reign of Big Tech is here, and Americans’ First Amendment rights hang by a keystroke.

Decades of unchecked data collection have given Big Tech more targeted control over Americans’ daily lives than any company or government in the world. In The Tyranny of Big Tech, Senator Josh Hawley of Missouri argues that these mega-corporations—controlled by the robber barons of the modern era—are the gravest threat to American liberty in decades.

To reverse course, Hawley argues, we must correct progressives’ mistakes of the past. That means recovering the link between liberty and democratic participation, building an economy that makes the working class strong, independent, and beholden to no one, and curbing the influence of corporate and political elites.

Big Tech and its allies do not deal gently with those who cross them, and Senator Hawley proudly bears his own battle scars. But hubris is dangerous. The time is ripe to overcome the tyranny of Big Tech by reshaping the business and legal landscape of the digital world.

Simon & Schuster, the book's original publisher, previously canceled the book on Jan, 7, 2021, the day after the deadly Capitol riot. Conservative Regnery Publishing then signed on as publisher.

The Associated Press reported that Hawley had "objected to President-elect Joe Biden’s win and backed baseless claims that the election was stolen." He was also seen in a photograph "raising a fist in solidarity to the crowd" before the riot took place.

In sum, it was true that Hawley was selling his new book that was critical of Amazon on Amazon's website, Amazon.com.

We contacted Hawley's press office with questions regarding why Amazon was chosen for pre-orders and will update this story should we receive a response.