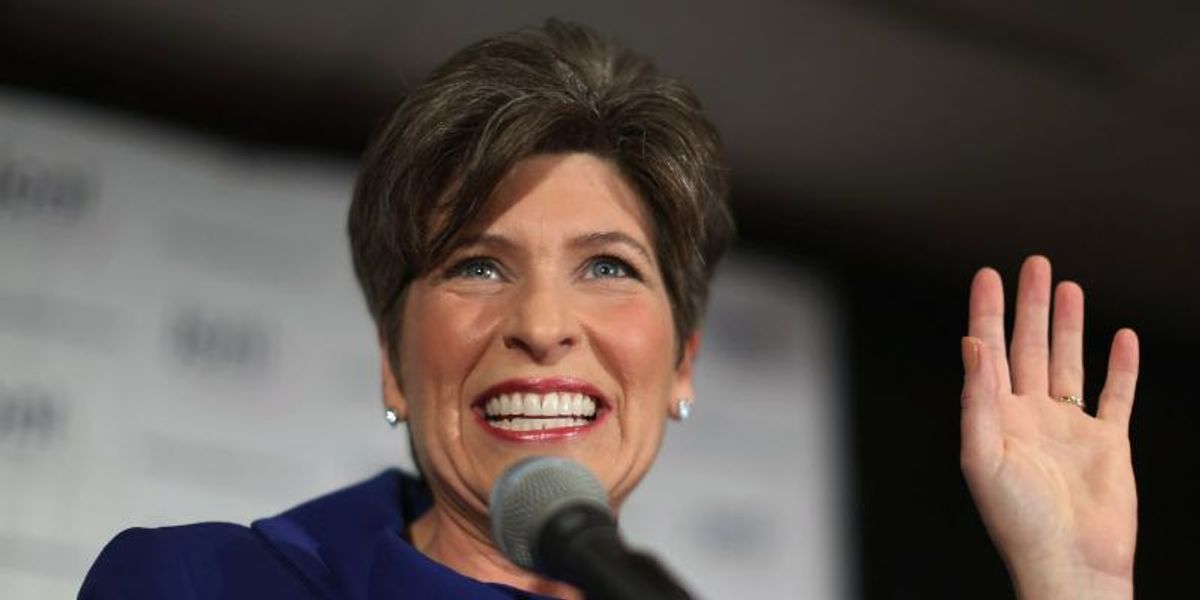 FACT CHECK   Did Senator Joni Ernst say the GOP is "looking at ways to get the poor off Obamacare right now"?

Claim:   Senator Joni Ernst said the GOP is "looking at ways to get the poor off Obamacare right now."

Origins:   As early as 8 April 2015, a quote-based meme was being circulated on social media sites, attributing to Sen. Joni Ernst of Iowa comments allegedly made during a 3 April 2015 interview with the Des Moines Register about the Republican Party's efforts to "get the poor off Obamacare right now":

We are looking at ways to get the poor off Obamacare right now. The problem is once people have something nice they don't want to give it up. Liberals try to cherry-pick the Bible and what Jesus taught to justify this. They want you to believe Jesus loved the poor. Jesus said himself in Matthew 25:30 the unprofitable servants should be thrown into Hell. Is stealing healthcare from those who can afford it really worth your soul being cast into everlasting darkness?

While the substance of the quote and the style of the photograph closely resembled the output of the satirical Facebook group Stop The World, The Teabaggers Want Off (which often includes inaccurate source citations and fictional quotes), this particular meme did not include that site's standard identifying footer, and we were unable to locate any sign of it on their Facebook page.

We haven't found any indication that an interview with Senator Ernst was published by the Des Moines Register on 3 April 2015, nor any record of the senator's having made the specific comments attributed to her above. This item looks to be a parodied paraphrasing of something she did say (minus the Biblical references and mention of "the poor") during a 2013 radio interview:

We're looking at Obamacare right now. Once we start with those benefits in January, how are we going to get people off of those? It's exponentially harder to remove people once they've already been on those programs ... we rely on government for absolutely everything. And in the years since I was a small girl up until now into my adulthood with children of my own, we have lost a reliance on not only our own families, but so much of what our churches and private organizations used to do. They used to have wonderful food pantries. They used to provide clothing for those that really needed it. But we have gotten away from that. Now we're at a point where the government will just give away anything.