Jones reportedly once said of Gore, "Al is the closest thing I've had to a brother." 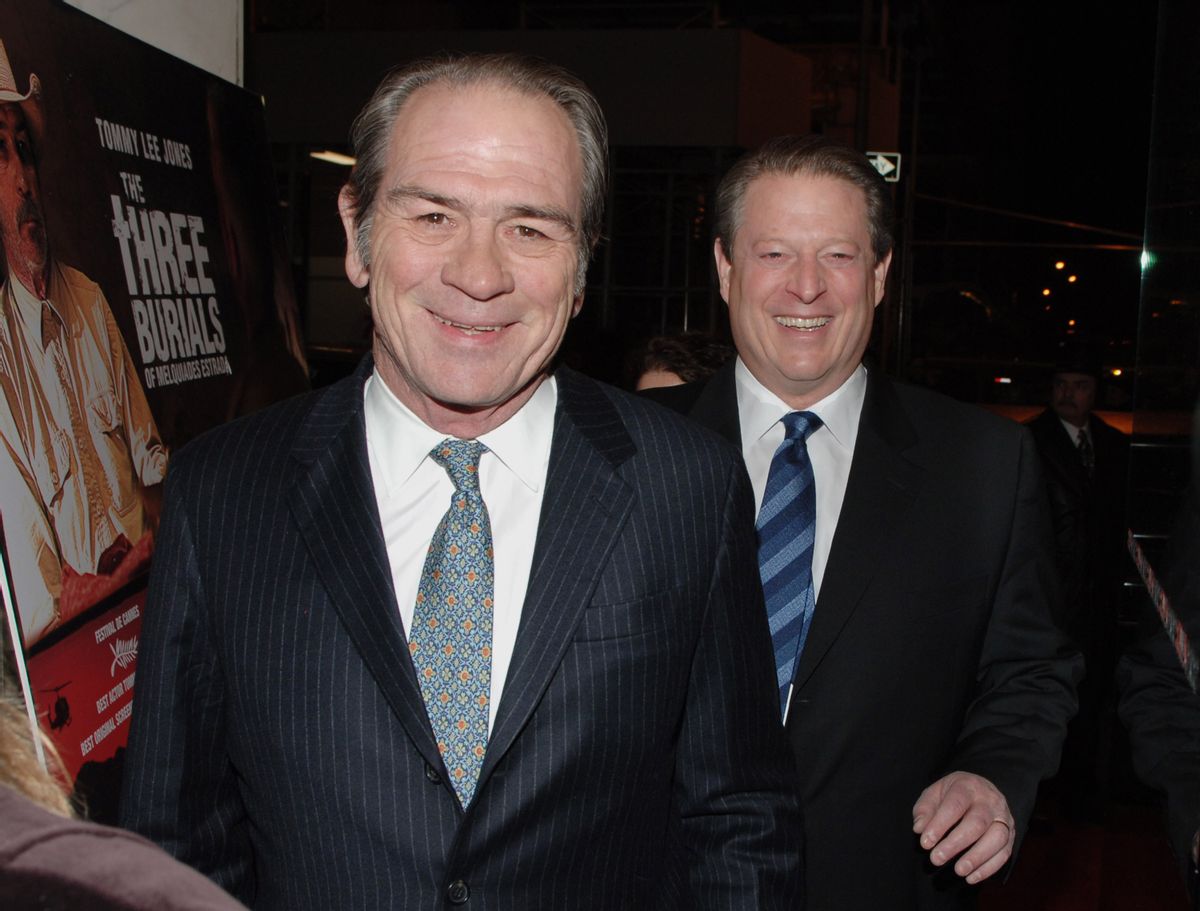 Gore, a leading climate activist and a former Democratic presidential candidate in the 2000 U.S. presidential election, first met Jones on the campus of Harvard College in 1965. Jones has won awards for his roles in numerous films, perhaps most notably his best supporting actor Oscar for the 1994 film "The Fugitive," which starred Harrison Ford in the leading role.

In 1992, Democrat Bill Clinton was elected to his first presidential term. Gore was his running mate.

Prior to Election Day, The Associated Press ran a story headlined, "Tipper Gore: A One-Time Motorcycle Mamma." The article told the story of the days when the two roommates would cause a bit of trouble and make a run from the police:

BOSTON (AP) — Tipper Gore likens the Democratic presidential campaign bus tour to a double date with Bill and Hillary Clinton, but not so daring as double dates in college.

She, Al Gore, and their friends would pile onto one motorcycle and turn down narrow alleys to ditch the police.

'One of My Closest Friends'

While serving as Clinton's vice president for two terms, Gore set his sights on the presidency.

In 2000, he won the Democratic primary for president. At the time, multiple newspapers published the fact that Jones and Gore were roommates during their time at Harvard College.

That August, Jones spoke briefly about his friend in front of a crowd at the Democratic National Convention, calling Gore one of his "closest friends."

Al Gore has been one of my closest friends since the day we met on the first day of college 35 years ago. There are plenty of people at this convention who can and will speak to big policy questions, but I have one very real issue to talk about. One I can probably address as well as anyone outside the Gore family. And that is the quality of this man's character. He is a good, caring, loving man. I know 35 different people at least who have known Al Gore for 35 years at least and I know that every single one of them will tell you the same thing.

I lived with him for four years, and what did we do? We shot pool and we watched "Star Trek" when maybe we should have been studying for exams. He'd challenge me to shooting contests. We'd see who can hit a tin can from the farthest away, and I tell you, it was usually Al.

My parents lived overseas when I was in college, and the Gore home in Carthage was always open to me. When I visited Al in middle Tennessee, we did the complicated things you'd expect college kids to do. We'd catch a loose cow, go canoeing and hunting, and chasing through the woods with coon dogs in the middle of the night.

One time in college, neither of us could make it home for Thanksgiving, so we made a fire in the venerable old fireplace in our room and we wrapped a big turkey in a couple of rolls of tin foil and rustled it right there in the dorm. I know from Tipper that that has been some of the most ambitious cooking that Albert has done since then.

And there were serious times too. We were all affected by the assassinations of Bobby Kennedy and Martin Luther King, and our country's tragic involvement in southeast Asia. I remember how Al struggled to hold on to his faith at a time when it seemed like America was losing its way. And I can tell you, Al Gore never did lose faith in America.

Jones' speech continued with various remembrances about his former college roommate, including a moment when he said of Gore, "Al is the closest thing I've had to a brother."

The full video of Jones' speech is available on C-SPAN.com: