Yes, Jonathan the Tortoise Is the Oldest Known Land Animal

He is living the high life as a tourist attraction in Saint Helena. 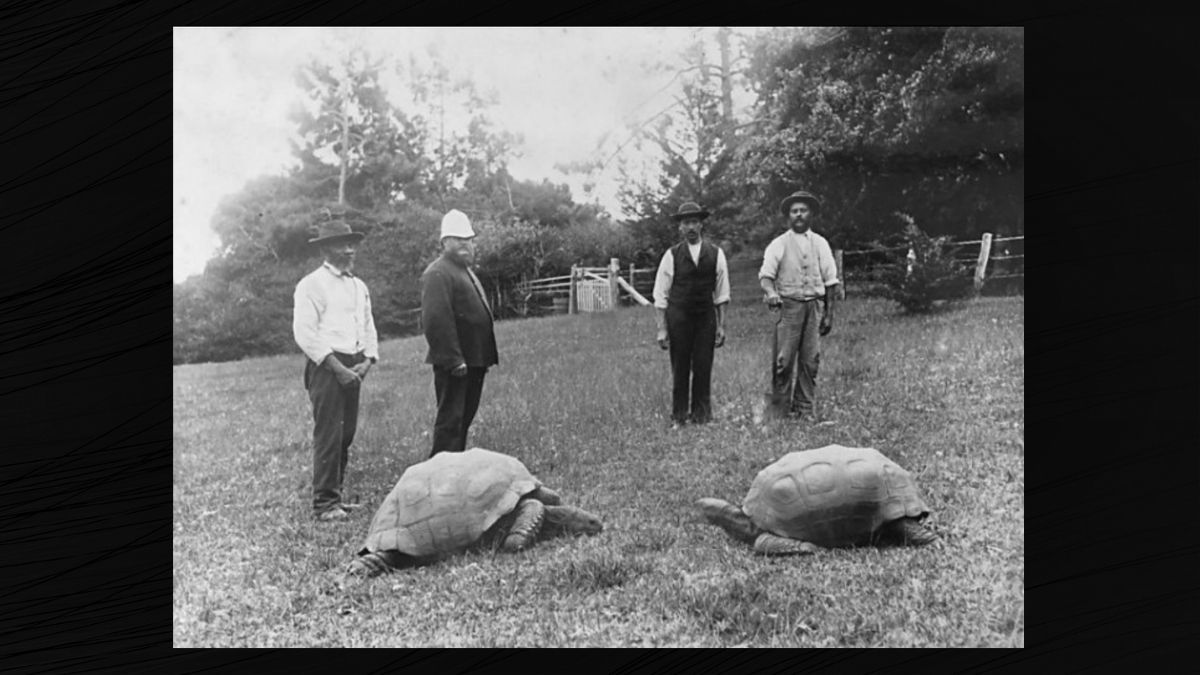 In early January 2022, the website MajesticAnimals.net posted photographs showing a giant tortoise named Jonathan, including a black-and-white picture taken in the 19th century.

The photo included in the post above was credited to Teeny Lucy, director of the non-governmental organization Creative Saint Helena Island.

Jonathan has been misidentified in viral photographs before. We have reached out to the government of Saint Helena Island, where the tortoise lives, to confirm the authenticity of the image.

A second image included in the above post shows a younger, but fully-grown Jonathan in 1886, although the site incorrectly states the photograph was taken in 1902: At an estimated 190 years old, Jonathan is the oldest known land animal. He's a tourist attraction on Saint Helena, a remote island under British control in the Atlantic Ocean.

The tortoise, which arrived in Saint Helena from the Seychelles, is living the life at the governor's residence, where he gets hand fed fruit and vegetables and "frolics" with female tortoises, according to an AFP News Agency video profile, even though he has lost his sight due to cataracts.