No, the Fairfax County Court Stenographer Wasn't 'Partying' With Depp During His Trial 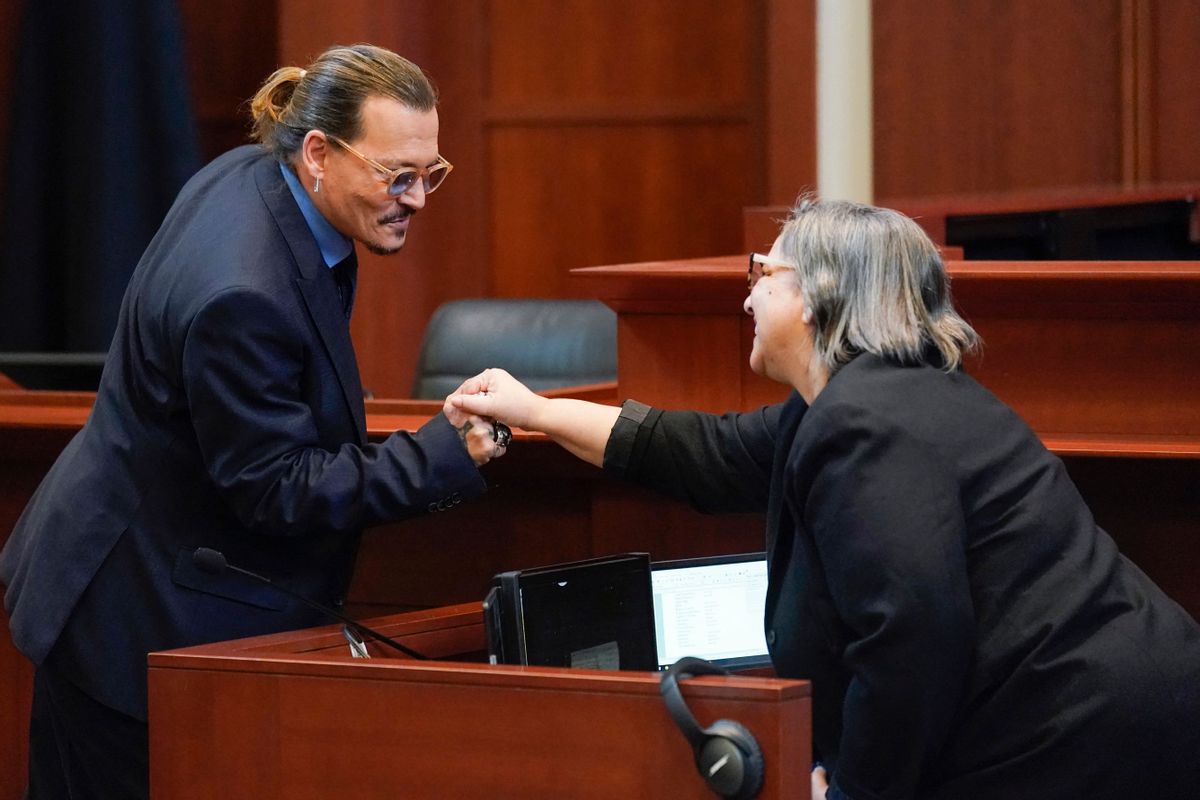 The woman seen in the video really is named "Judy" and did work as the court stenographer during the Depp-Heard defamation trial. However ...

It's false to state that she is an employee of the Fairfax County, Virginia court system. She transcribed the proceedings as an employee of a private firm hired by the parties involved in the case.

The term "partying" is subjective.

In early June 2022, various social media users made posts claiming that the "court stenographer" in the defamation trial brought by actor Johnny Depp against his ex-wife, fellow actor Amber Heard, was seen "partying" with Depp in the lead-up to the verdict.

The posts seemed to be operating on the assumption that the official court stenographer for the Fairfax County, Virginia, court system was fraternizing with one side in an ongoing and bitter defamation trial. For example, one Reddit post stated in part, "Court reporters are employees of the court and supposed to be impartial."

Many of the posts included black-and-white video of a bespectacled woman identified as "Judy" smiling and hugging Depp, who was holding a beer. Depp fans responded favorably while others claimed the display illustrated improper bias against Heard.

All of the posts we located containing the video, images, and claim about Judy were made in early June 2022. Some of the posts stated the incident occurred on May 27, which was the day of closing arguments. We were unable to verify that the May 27 date is accurate:

The woman in question really is named "Judy" (we don't know her last name). She did indeed work as a court reporter during the trial, but she was employed by a private company that was retained by both Depp and Heard to transcribe the proceedings.

A Fairfax County official confirmed to Snopes that the court system doesn't create transcripts in civil cases, and thus she was privately employed by a company hired by the parties in the case.

We note that "partying" is a subject term. But Angenette Levy, a journalist for the court news network Law & Crime, also clarified that the stenographer didn't attend a "party" with Depp. She had stopped by an event to pick up her work gear, which was collected from the courthouse by Depp's lawyers. In the process of doing so, Depp hugged her. She then left:

The Depp-Heard trial ended on June 1, 2022, with a jury verdict favoring Depp. Depp claimed Heard defamed him with a 2018 Op-Ed column in which she didn't name him but stated she was "a public figure representing domestic abuse."

The court case, which was live-streamed from cameras inside the courtroom, was deeply polarizing, with many members of the public ardently throwing support behind Depp, while others argued the onslaught of online misinformation and bullying directed at Heard represented a backlash against the #MeToo movement.

A different video from the trial shows the stenographer's desk was situated in front of Depp and his legal team, and shows her chatting and laughing with Depp and his attorney, Ben Chew. There is no audio accompanying the video, as sound was cut when court proceedings were paused, so it's unclear what they were talking about.