A photograph of a cellist and a security guard in a stairwell went viral. 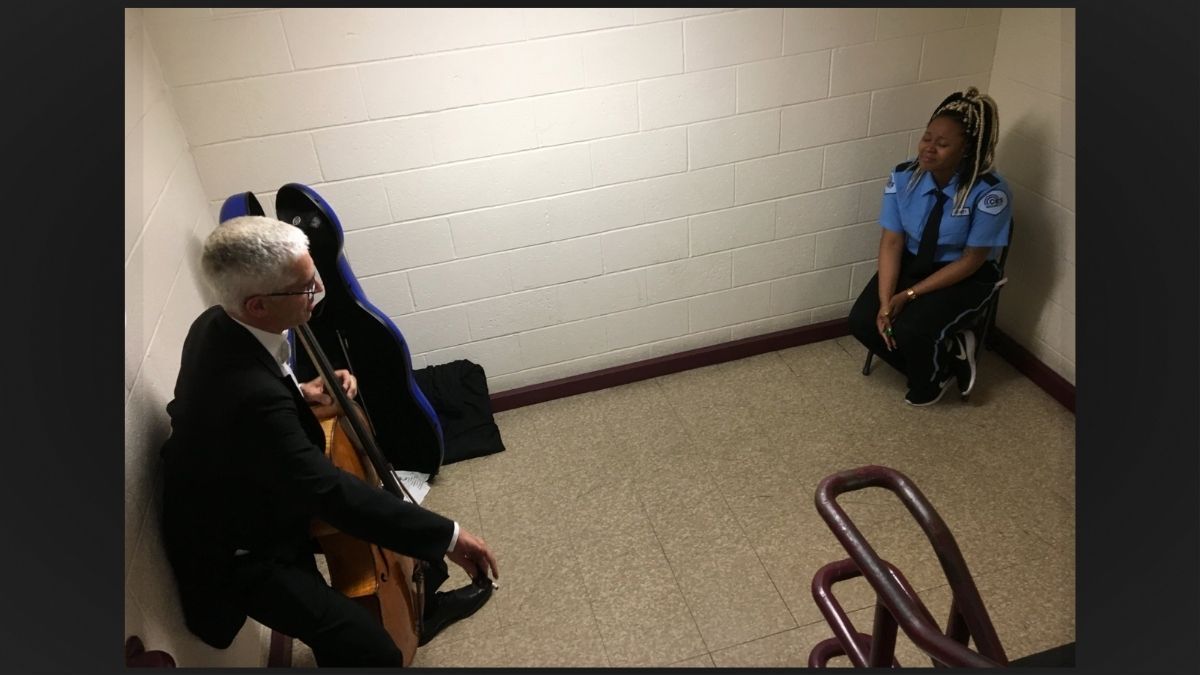 Claim:
After a performance in June 2018 with composer John Williams himself conducting, a cellist for the Baltimore Symphony Orchestra performed Williams’ music in a stairwell for a security guard on duty.
Rating:

A photograph of a musician and a security guard from 2018 went viral on Reddit in April 2021, with an unusual backstory. According to the post, a cellist performed famed composer John Williams' music for a security guard while in a stairwell leading to the musicians' locker rooms—right after Williams himself conducted a concert on site.

We learned this photograph was posted on Facebook by the musicians of the Baltimore Symphony Orchestra (BSO) on their official page. The post says:

2,400 lucky people got to hear John Williams conduct a program of his music on Wednesday night. One who didn't was a security guard stationed in the stairwell leading to the musicians' locker rooms. Seth Low gave her a mini-concert of Star Wars themes, much to her delight.

Williams did indeed conduct the BSO on June 13, 2018. The photograph was posted just a few days later. We reached out to Seth Low, the cellist, and he confirmed that he did perform briefly for the guard. He added that Williams’ presence could have resulted in extra security that evening:

I met the security guard in the picture, who seemed to have drawn an unenviable assignment guarding that closed-in stairwell. I think I commented on this and said something like, well then you ought to at least get to hear a tune from the concert.

So I played her something brief—it may have been the main title melody from "Star Wars" or the theme from "E.T."—something familiar like that.

And that was that [...] The whole thing couldn’t have taken more than a minute or so. Hardly a “concert.”

I remember my listener’s reaction as positive, but I also recall being surprised (and pleased) later when I first saw the photo, to see her beatific expression.

He said that he had no idea one of his fellow orchestra musicians had snapped the photograph while he was performing. He did not know the name of the woman in the stairwell.

We also reached out to the BSO and asked to be connected to the security guard in the photograph. A spokesperson told us that security was arranged by an outside company, and they had reached out to that firm to learn more. We will update this post if we get more information.

Given that the performance did indeed take place and was confirmed by the cellist in the photograph, we rate this claim as “True.”