Are California Dems Trying to Change the Name of John Wayne Airport?

The small airport in Orange County, California, has borne the name of the Western film star since 1979. 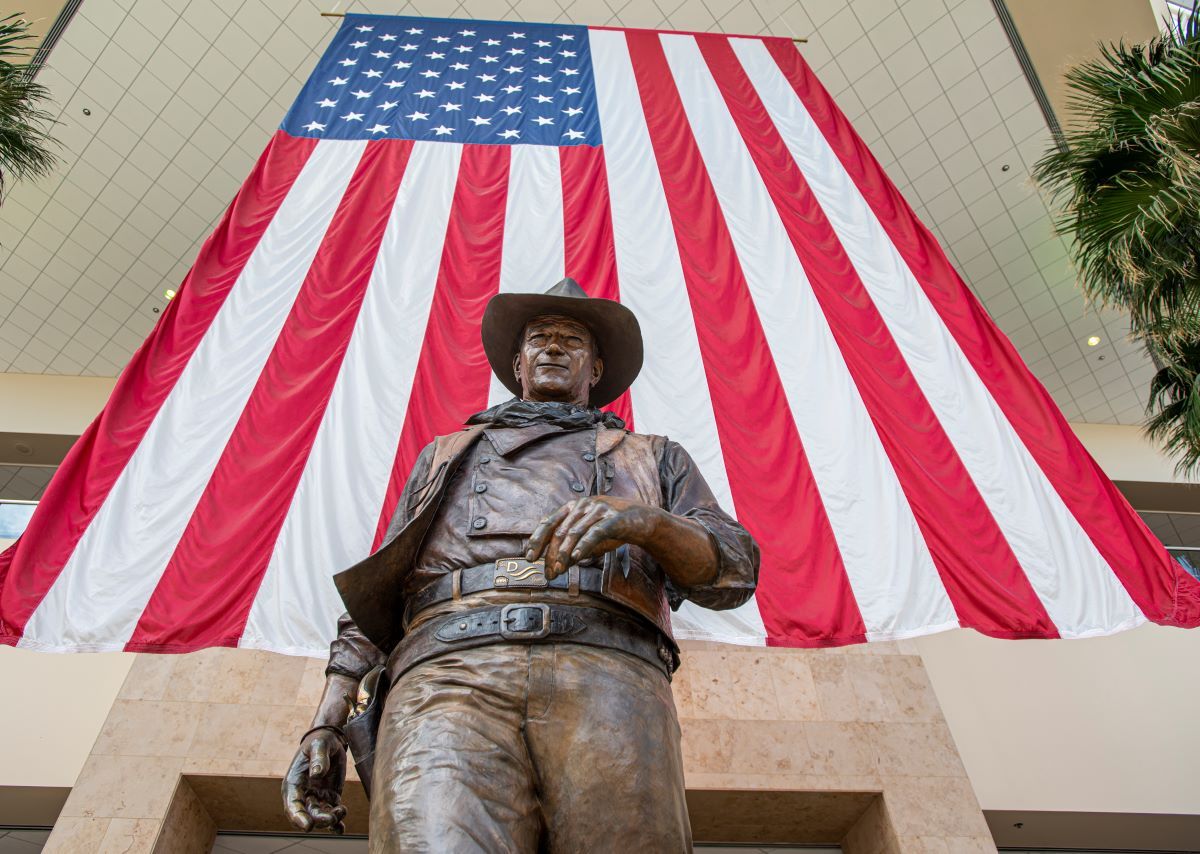 In late June 2020, Snopes readers asked whether it was true that Democratic legislators were trying to remove the name of film actor John Wayne from the airport in Orange County, California, while others asked whether Wayne had truly made bigoted statements in a 1971 interview with Playboy magazine.

The resolution cites a May 1971 interview Wayne gave to Playboy magazine in which he made a number of disparaging remarks about a variety of demographic groups, using a slur to refer to gay people and stating, "I believe in white supremacy until the blacks are educated to a point of responsibility. I don't believe in giving authority and positions of leadership and judgment to irresponsible people."

When asked if he felt any empathy for the Native Americans who played an important "if subordinate" role in his Western films, Wayne responded, "I don't feel we did wrong in taking this great country away from them, if that's what you're asking. Our so-called stealing of this country from them was just a matter of survival. There were great numbers of people who needed new land, and the Indians were selfishly trying to keep it for themselves."

Democratic leaders in Orange County characterized the resolution as being part of a "national movement to remove white supremacist symbols and names." The announcement followed weeks of sustained protests over structural racism and police violence, which were sparked by the police in-custody death of George Floyd, a Black man whose final moments were captured in a viral video that sparked widespread outrage.

The small airport lies between the cities of Santa Ana, Costa Mesa, and Newport Beach, the latter of which served as Wayne's home for years. The name of the airport was changed from Orange County Airport to John Wayne Airport in 1979, the year Wayne died.