Did John Lennon Say 'Ringo Wasn't Even the Best Drummer in the Beatles'?

This was one of the more famous quotes about a Beatle. 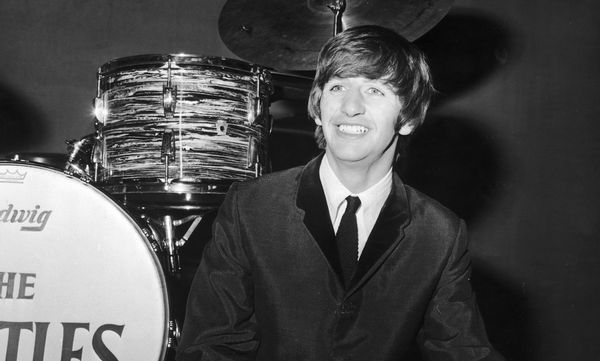 7th July 1964: British drummer Ringo Starr of The Beatles in London on his 24th birthday. (Photo by Larry Ellis/Express/Getty Images)

Claim:
John Lennon once asserted that Ringo Starr "wasn't even the best drummer in the Beatles."
Rating:

During the height of Beatlemania in the mid-1960s, debates about the virtues of individual members of the Fab Four tended to take place among their young female fans, who focused on questions such which Beatle was the cutest, the funniest, or would make the best husband.

As the Beatles made the transition from teenage idols to pop music legends, debates about the individual members shifted to more substantive matters, such as pondering which one was the best singer or best songwriter or best instrumentalist.

In the "best instrumentalist" category, arguments over Ringo Starr's drumming prowess were often polarized between two camps: those who believed Ringo to be one of the best rock drummers ever, and those who viewed him as an ordinary talent (at best) who lucked out in being tapped to join a group of three vastly superior musicians. Proponents of the latter viewpoint often cited a purported quote from John Lennon himself in which Lennon supposedly scoffed at the notion of Ringo as the best drummer of all time, quipping: "The best drummer in the world? Ringo wasn’t even the best drummer in the Beatles!"

It's unlikely Lennon would ever have said such a thing and meant it seriously, as he — along with the other Beatles — typically spoke fondly and positively of Ringo, both as a person and as a drummer. In the famous Playboy interview conducted just a few months before his murder in 1980, for example, Lennon responded as follows when asked for his opinion of Ringo's musicianship:

PLAYBOY: "Let's move on to Ringo. What's your opinion of him musically?"

LENNON: "Ringo was a star in his own right in Liverpool before we even met. He was a professional drummer who sang and performed and had Ringo Starr-time, and he was in one of the top groups in Britain but especially in Liverpool before we even had a drummer. So Ringo's talent would have come out one way or the other as something or other. I don't know what he would have ended up as, but whatever that spark is in Ringo that we all know but can't put our finger on ... whether it is acting, drumming or singing, I don't know ... there is something in him that is projectable and he would have surfaced with or without the Beatles. Ringo is a damn good drummer. He is not technically good, but I think Ringo's drumming is underrated the same way Paul's bass playing is underrated ... I think Paul and Ringo stand up with any of the rock musicians.

Those who have tried to run the alleged criticism of Lennon's to ground have found it to be sourceless, something that has not turned up in any known audio recording, interview transcript, or primary reporting on Lennon and the Beatles, as renowned Beatles historian Mark Lewisohn noted in an interview with the Los Angeles Times:

As part of his in-depth research, Lewisohn also has debunked a humorous knock on Starr’s drumming abilities, long attributed to John Lennon. For decades, people and media outlets have repeated the anecdote about Lennon being asked whether he considered Starr to be the best drummer in the world. The oft-quoted response: “He’s not even the best drummer in the Beatles.”

“The London Times newspaper quoted John Lennon ‘famously saying that Ringo wasn’t even the best drummer in the Beatles.’ John Lennon never said that, famously or otherwise, and that is the London Times quoting him,” Lewisohn said, making a point about his motivation for trying to separate fact from Fab Four mythology.

Those who have sought the true origins of this quip have commonly attributed it to a 1983 television appearance by British comedian Jasper Carrott. Although Carrott may have employed the gag (or something like it) back in 1983, a more recent discovery has traced the earliest known source to a joke used in a 1981 British radio comedy show:

“Ringo wasn’t even the best drummer in the Beatles.” Never said by John Lennon. Jasper Carrott’s office claimed it as 1983 gag; proof now it was said earlier, in BBC comedy Radio Active in Oct 1981. File here. Voice by Philip Pope. Written by Geoffrey Perkins. Not by John Lennon. pic.twitter.com/qSayztoKkw