Dr. Vanessa Kerry's nonprofit organization, Seed Global Health, was awarded Peace Corps funding before and after her father, John Kerry, became U.S. Secretary of State; was there a conflict of interest? 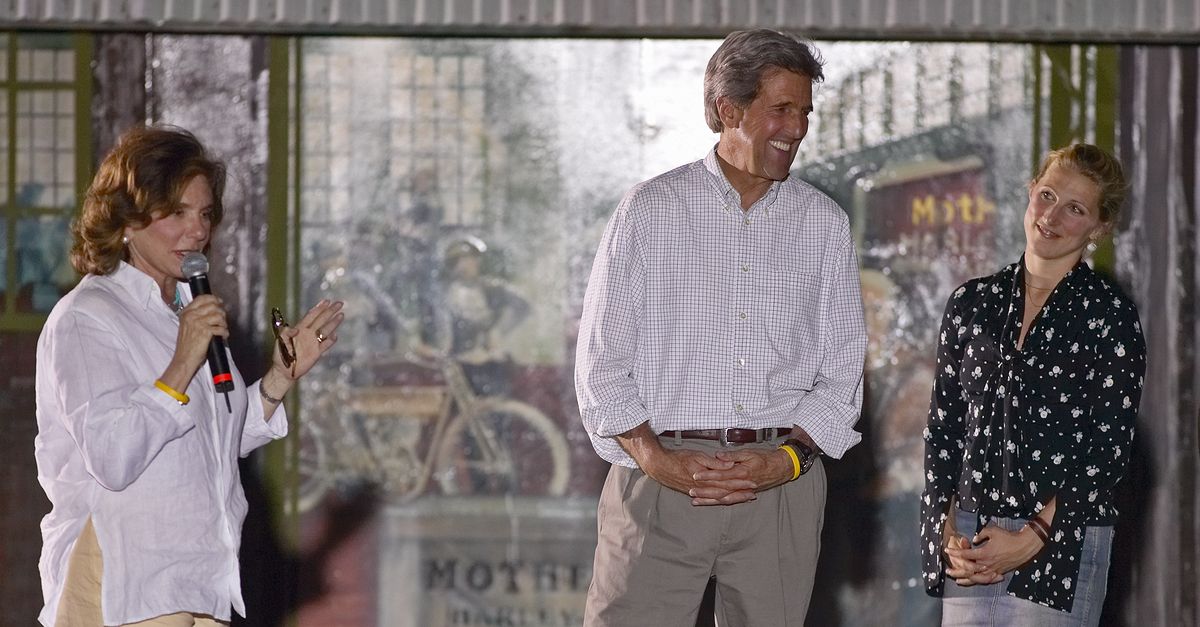 On 12 September 2016, a Daily Caller report appeared detailing claims that U.S. Secretary of State John Kerry "funneled" millions of taxpayer dollars from the Department of State through the Peace Corps into a nonprofit foundation headed by his daughter, Dr. Vanessa Kerry:

More than $9 million of Department of State money has been funneled through the Peace Corps to a nonprofit foundation started and run by Secretary of State John Kerry’s daughter, documents obtained by The Daily Caller News Foundation show.

The Department of State funded a Peace Corps program created by Dr. Vanessa Kerry and officials from both agencies, records show. The Peace Corps then awarded the money without competition to a nonprofit Kerry created for the program.

Vanessa Kerry, 39, is Secretary Kerry's younger daughter. After graduating from Harvard Medical School, she completed her residency at Massachusetts General Hospital in Boston, where she now works as a critical care physician. Kerry also serves as the director of the Program in Global Public Policy and Social Change at Harvard Medical School, and as CEO of the nonprofit organization she helped conceive and launch in 2011, Seed Global Health (initially known as the Global Health Service Corps).

The organization recruits and provides financial assistance to volunteer health professionals who train medical workers in less developed countries, under the aegis of the Global Health Service Partnership (GHSP), a joint project of the Peace Corps Response program, the Presidents’ Emergency Plan for AIDS Relief (PEPFAR), and Seed Global. The partnership sent 72 volunteers to three African countries in 2012 and 2013, according to Dr. Kerry, where they trained roughly 7,200 doctors, nurses, and midwives.

The article before us lays out a case for questioning the ethical propriety of Seed Global Health's funding, without competitive bidding, by federal agencies overseen by Dr. Kerry's father:

Initially, the Peace Corps awarded Kerry’s group — now called Seed Global Health — with a three-year contract worth $2 million of State Department money on Sept. 10, 2012, documents show. Her father was then the chairman of the Senate Committee on Foreign Relations, which oversees both the Department of State and the Peace Corps.

Seed secured a four-year extension in September 2015, again without competition. This time, the Peace Corps gave the nonprofit $6.4 million provided by the Department of State while John Kerry was secretary of state.

This creates the impression that these amounts were "funneled" from the State Department through the Peace Corps to Seed Global Health, but it's hardly an accurate representation of how such funds would be allocated. The State Department oversees and directly funds PEPFAR; PEPFAR contributes funding to the Peace Corps for specific HIV/AIDS initiatives; and, since 2012, the Peace Corps has used PEPFAR funds to contract with Seed Global Health to recruit and support medical professionals needed to train doctors and nurses overseas.

The article notes, correctly, that when funding for Seed Global Health (then Global Health Service Corps) was first approved in 2012, Sen. John Kerry was chairman of the Senate Foreign Relations Committee, which oversees both the State Department and Peace Corps. However, the inference that Chairman Kerry was personally involved in the appropriation of said funds is fallacious. It's a subcommittee — the Senate Foreign Relations Subcommittee on State Department and USAID Management, International Operations and Bilateral International Development (at that time chaired by Barbara Boxer) — that directly oversees the operations and budget of the State Department and Peace Corps. It's another subcommittee — the Senate Appropriations Subcommittee on State, Foreign Operations, and Related Programs (at that time chaired by Patrick Leahy) — that approves legislation providing annual funding to those agencies.

The article further notes, correctly, that by the time Seed Global Health's contract was up for renewal in 2015, John Kerry had become Secretary of State. As noted above, the State Department oversees PEPFAR (though it does not oversee the Peace Corps, an independent agency). Again, however, it's not Secretary of State Kerry who wields direct control of PEPFAR and its operations, it's the Office of the Global AIDS Coordinator (OGAC), run by Ambassador-at-Large Deborah L. Birx, M.D., who reports to the Secretary of State, but was appointed by the President and confirmed by the Senate.

For the record and to clarify false statements, Seed Global Health CEO Dr. Vanessa Kerry’s father, Secretary of State John Kerry, has had no role or influence in the decision making for the Global Health Service Partnership either in the Senate or at the State Department. The process of developing the public-private partnership adhered to full governmental procedures and policies, was transparent, and involved interagency and Congressional approval. The Peace Corps, the Office of the U.S. Global AIDS Coordinator, Seed Global Health are on record as describing the origination of the partnership as responding to a federal mandate to train 140,000 healthcare workers globally. The funding for the program was subject to Congressional oversight by a subcommittee (not including Secretary Kerry at any point) and, as per all programs under the President’s Emergency Plan For AIDS Relief (PEPFAR), Congress was given 10 days to review or comment on the requested appropriations where no objections were made.

Department of State spokesman John Kirby told TheDCNF that “there is absolutely no conflict of interest here. Secretary Kerry played no role in this decision making while in the Senate or subsequently while at the State Department.”

Kirby said “Kerry’s work on the Senate Foreign Relations Committee allotted funding to PEPFAR generally — not directly to this program. Using funds appropriated by Congress for PEPFAR, the State Department directs funds through an interagency process to seven implementing agencies.”

“The Peace Corps recommended the GHSP for funding support, and approval of that support went through the standard interagency budgeting and review process. The GHSP was one element supporting PEPFAR’s Human Resources for Health Strategy, which was developed in part to meet the goal set by the U.S. Congress of 140,000 new health care workers trained by PEPFAR under its fiscal year 2009-2013 reauthorization.”

And, in a 2012 interview with Public Radio International, Dr. Kerry herself explained that the program was initiated during a chance meeting with Peace Corps representatives who were speaking at Harvard's Kennedy School. She said her father was not involved:

But for the specifics of this program, my dad has had nothing directly to do with it. I barely told him about it. We were able to approach the Peace Corps because a colleague discovered that leaders from the Peace Corps were talking at the Kennedy School in 2012. I went and asked a question during the open forum about whether they thought the idea of doctors and nurses as educators through the Peace Corps would work.

Another piece of evidence cited by Daily Caller to support its suggestion that there is a conflict of interest is a Seed Global Health tax document showing that in 2014 Dr. Kerry drew a salary amounting to just over $140,000. However, a closer look reveals that in fact she received zero reportable compensation from Seed Global itself. What is actually listed is $103,000 in reportable compensation from related organizations, and $37,080 in "other compensation."

A Seed Global spokesperson said as much in a statement given to Breitbart, which made similar allegations:

If you review our IRS 990 financial reports, it will show Dr. Kerry’s compensation from Seed is zero dollars. The compensation reported erroneously online in 2014 is from column E and column F, labeled “other compensation” and was related to Dr. Kerry’s role at Massachusetts General Hospital.

What is that role? In addition to being a critical care specialist at Massachusetts General, Dr. Kerry is the associate director of partnerships and global initiatives for the hospital's Global Health program, which is listed on Seed Global Health's web site as a "founding academic partner." There is no evidence that Dr. Kerry personally benefited from any government funds allocated for use by Seed Global Health.

Finally, as to the propriety of the Peace Corps awarding contracts to Seed Global Health on a non-competitive (no-bid) basis, doing so is neither unethical nor illegal under federal law, provided certain criteria are met:

(i) Supplies or services may be considered to be available from only one source if the source has submitted an unsolicited research proposal that:

(B) Offers a concept or services not otherwise available to the Government; and

Given that Seed Global Health was expressly conceived to provide specialized services within the framework of the Global Health Service Partnership, it would appear to meet all necessary criteria for an exception to the requirement of open competition.