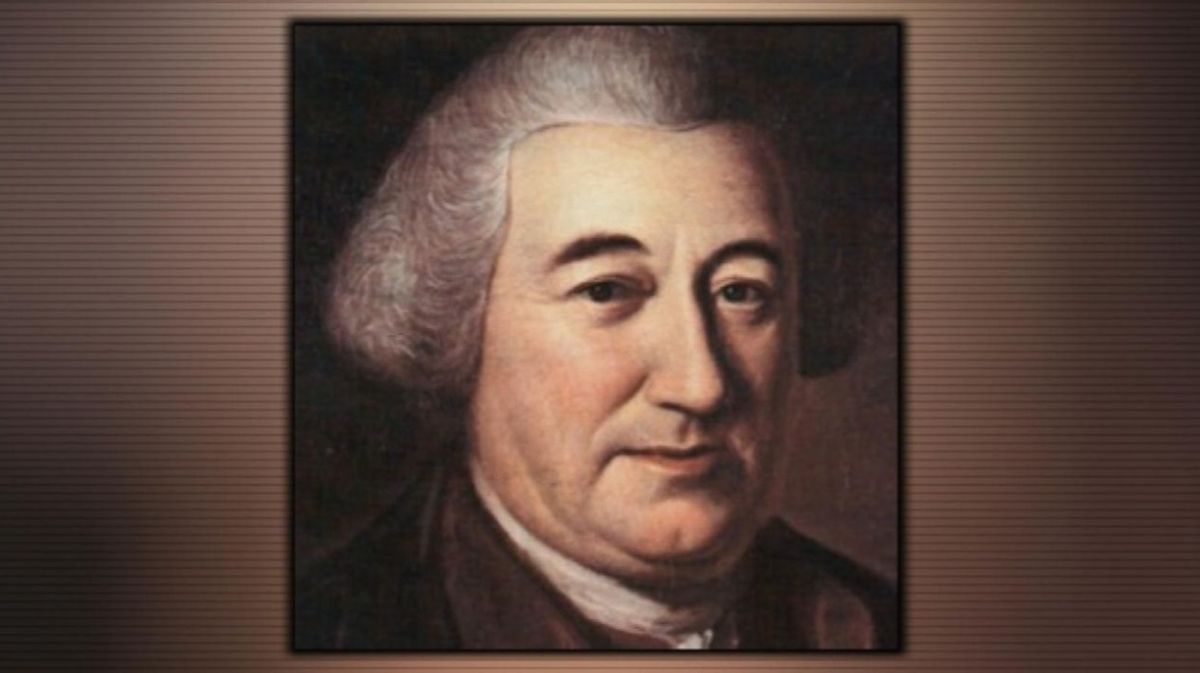 Claim:
John Hanson was the first President of the United States of America.
Rating:

Here is a prime example of why history is best learned from history books, not comic books (or the modern equivalent, web sites of dubious validity):

George Washington, the 8th President of the United

The United States declared its independence in 1776, yet Washington did not take office until 1789. So who was running the country during these initial years of this young country? It was the first eight U. S. Presidents. In fact, the first President of the United States was one John Hanson. I can hear you now - John who? John Hanson, the first President of the United States. Don't go checking the encyclopedia for this guy's name - he is one of those great men that are lost to history. If you're extremely lucky, you may actually find a brief mention of his name.

The new country was actually formed on 1781 with the adoption of The Articles of Confederation. This document was actually proposed on 1776, but not agreed upon by Congress until 1777. Maryland refused to sign this document until Virginia and New York ceded their western lands (Maryland was afraid that these states would gain too much power in the new government from such large amounts of land). Once the signing took place in 1781, a President was needed to run the country. John Hanson was chosen unanimously by Congress (which included George Washington). In fact, all the other potential candidates refused to run against him, as he was a major player in the revolution and an extremely influential member of Congress.

As the first President, Hanson had quite the shoes to fill. No one had ever been President and the role was poorly defined. His actions in office would set precedent for all future Presidents. He took office just as the Revolutionary War ended. Almost immediately, the troops demanded to be paid. As would be expected after any long war, there were no funds to meet the salaries. As a result, the soldiers threatened to overthrow the new government and put Washington on the throne as a monarch. All the members of Congress ran for their lives, leaving Hanson as the only guy left running the government. He somehow managed to calm the troops down and hold the country together. If he had failed, the government would have fallen almost immediately and everyone would have been bowing to King Washington.

Hanson, as President, ordered all foreign troops off American soil, as well as the removal of all foreign flags. This was quite the feat, considering the fact that so many European countries had a stake in the United States since the days following Columbus. Hanson established the Great Seal of the United States, which all Presidents have since been required to use on all official documents.

President Hanson also established the first Treasury Department, the first Secretary of War, and the first Foreign Affairs Department. Lastly, he declared that the fourth Thursday of every November was to be Thanksgiving Day, which is still true today. The Articles of Confederation only allowed a President to serve a one year term during any three year period, so Hanson actually accomplished quite a bit in such little time.

So what happened? Why don't we ever hear about the first eight Presidents of the United States? It's quite simple - The Articles of Confederation didn't work well. The individual states had too much power and nothing could be agreed upon. A new doctrine needed to be written - something we know as the Constitution. And that leads us to the end of our story.

When representatives of thirteen British colonies in North America, assembled in an organization known as the Continental Congress, declared in July 1776 that those colonies would henceforth be independent of Great Britain, they realized that unity would be necessary in order to sustain and win a war of independence (and to maintain that independence afterwards). Accordingly, they soon began debating the Articles of Confederation, a plan for a permanent union, which was approved and sent to each of the states (as the former colonies now called themselves) for ratification. Disputes over the several issues (including the western boundaries of some states) delayed the approval of the Articles of Confederation until 1781.

It is important to note that although both the Declaration of Independence and the Articles of Confederation used the phrase "united states of America," neither of those documents was intended to create a single, unified country out of the thirteen former British colonies. Colonial leaders feared the creation of a too-powerful national government dominated by factions and so specifically refused to create a unified nation or to transfer sovereignty to a central government.

Instead, they in effect created a national Congress to whom they could subcontract administrative tasks performed on behalf of all thirteen states: conduct foreign affairs, make war and peace, deal with Native Americans living outside the states, coin and borrow money, supervise the post office, and negotiate boundary disputes. Congress could not, however, raise money to carry out these tasks by levying taxes on the states, nor could it raise troops in order to defend the country or wage war, or even compel states to comply with the laws it passed.

In short, the Articles of Confederation created a Congress extremely limited in authority, with insufficient power to carry out the duties assigned to it. Inevitably, Congress could neither pay off the war debt (because it could only print more paper currency, not raise money through taxation) nor protect the states' territories from encroachment by the Spanish and British (because it could not compel states to provide troops for the common defense); eventually the Confederation Congress lost much of what authority it had, often could not take legislative action because representatives had stopped attending meetings (thereby preventing the attainment of a quorum), and finally — out of money itself — transferred reponsibility for the national debt to the states in 1787. The Confederation government had been, in the words of George Washington, "little more than the shadow without the substance."

The key point here is that the Articles of Confederation did not create a nation called "the United States of America." They created, as stated in the first two articles, an alliance of thirteen independent and sovereign states who had agreed to "enter into a firm league of friendship with each other" while retaining their "sovereignty, freedom, and independence." The title of the confederacy so created was designated "The United States of America," but no nation with that name was created by the Articles of Confederation, any more than the formation of the North Atlantic Treaty Organization resulted in the establishment of a nation known as "NATO."

The failure of the Articles of Confederation led to calls for establishment of a centralized federal government with much broader powers than the Congress of the Confederacy, a task accomplished through the drafting and ratification of a new Constitution in 1787-88. It was this Constitution, not the Articles of Confederation, that created the office of a chief executive as part of a truly federal government for the United States — an office bearing the title "President of the United States of America" and first filled by George Washington, unanimously selected as the first President in February 1789.

Sometimes historical figures are relegated to the background because societal attitudes have led to a minimalization of their accomplishments, leaving future generations to and their contributions. Sometimes, however, they're relegated to the background simply because they were minor figures to begin with. John Hanson was far from an insignificant figure in American history, but if few Americans know that he was the first person chosen to preside over Congress under the Articles of Confederation, the primary reason is that the office wasn't one of much importance. Claiming that John Hanson was the first President of the United States doesn't help to preserve the memory of his real accomplishments — it merely perpetuates historical misinformation for trivia's sake.