Rumors of Lakewood Church Pastor Joel Osteen resigning and turning away from religion are fake news. 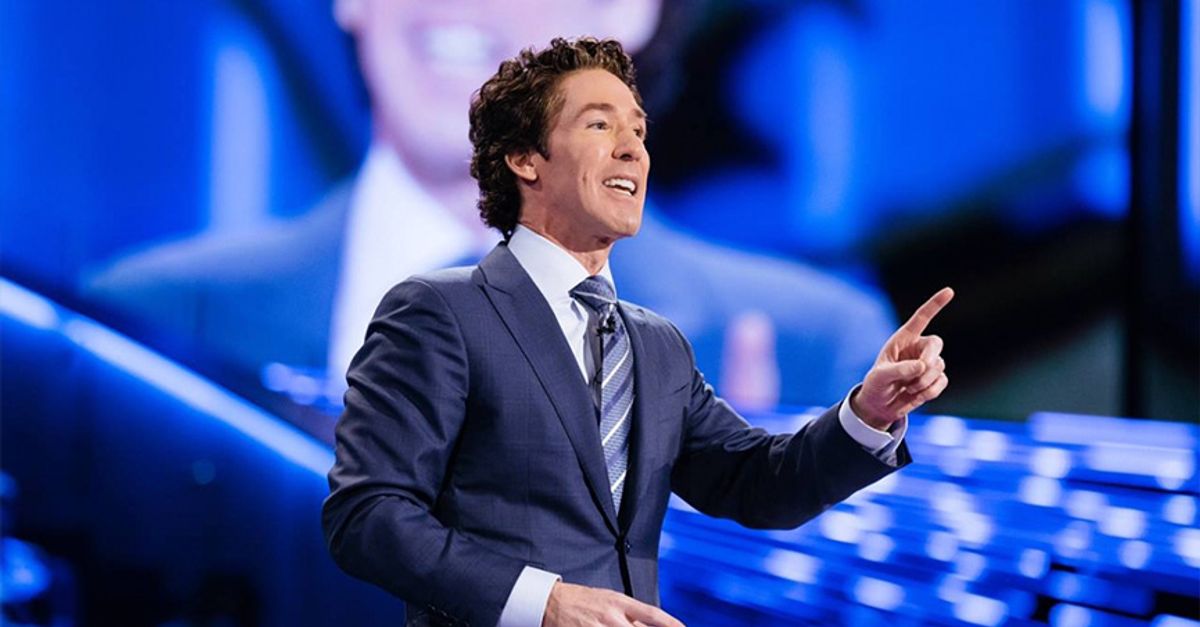 Claim:
Pastor Joel Osteen announced that he has resigned and renounced Christianity.
Rating:

An entry posted to a WordPress blog (since removed) entitled "Joel Osteen Ministries" in April 2013 carried the purported announcement that Joel Osteen, the senior pastor of Lakewood Church in Houston, Texas, had not only resigned from that post but was renouncing his Christian faith:

In a shocking and surprising development, megachurch pastor Joel Osteen has announced he is resigning from his post and leaving the Christian faith. In a statement released on his website (https://www.joelostenministries.com), which appeared stripped down and bare, he said he has been questioning the faith for a long time. "I believe now that the Bible is a fallible, flawed, highly inconsistent history book that has been altered hundreds of times. There is zero evidence the Bible is the holy word of God," said Osteen.

The link in that blog entry leads viewers to a web site that is supposedly the "Official Site of Pastor Joel Osteen," a site which carries his resignation announcement and reproduces a news item from CNN headlined "Pastor of mega church resigns, rejects Christ."

It's all a hoax, however. The reason the "Official Site of Pastor Joel Osteen" looks "stripped down and bare" is because it's a fake (note the misspelling of his surname "Osten" in the URL), neither CNN nor any other news outlet reported on his having resigned and left Christianity behind, and both the genuine web site of Joel Osteen Ministries and the Lakewood Church web site continue to carry weekly messages from Joel and Victoria Osteen and make no mention whatsoever of this startling announcement allegedly issued by Pastor Osteen.