"God wants us to prosper financially, to have plenty of money, to fulfill the destiny He has laid out for us." 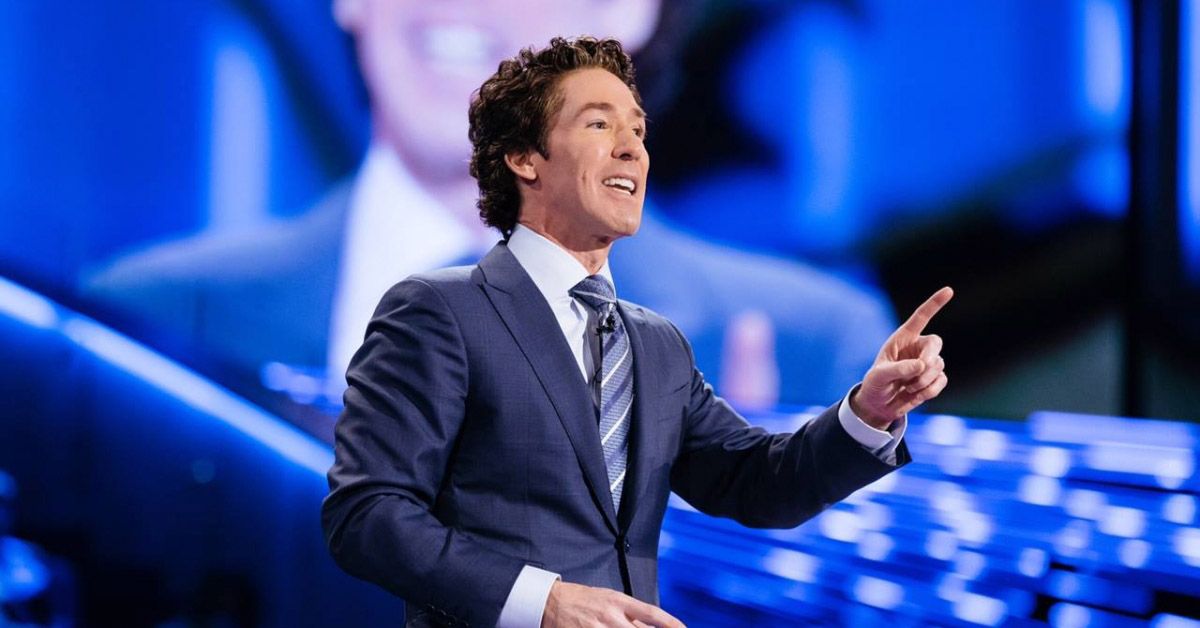 Joel Osteen is a non-denominational Christian pastor and televangelist, whose Houston-based megachurch (Lakewood Church) hosts one of the largest congregations in the United States, averaging an estimated 52,000 attendees per week.

Osteen has often been criticized for promoting a "prosperity gospel," which he described in a 2005 letter to his flock as "God wants us to prosper financially, to have plenty of money, to fulfill the destiny He has laid out for us." He has additionally been the target of scorn in some quarters for purportedly using his ministry less for preaching the gospel than for the amassing of immense personal wealth:

Those televangelists follow the model of “prosperity gospel” in which they believe that wealth is a sign of God’s favor, and that by simply believing and praying for money -- in addition to donating copious amounts of money to various Christian ministries -- is what will take you there. This is actually a rare belief among fundamentalists, with only 7 percent of evangelical Protestant leaders saying that they believe in the concepts of prosperity theology. The 7 percent who do, however, have amassed a large amount of wealth, power, and huge audiences to beg for donations.

Not surprisingly, most of the victims of this harmful prosperity doctrine are those in the poor and working class -- it’s like a monstrous pyramid scam of religions. They see prosperity theology as a supernatural lottery, which isn’t shocking, considering that 61 percent of people who play the lottery are from the poorest one-fifths of the population. But these televangelists claim that your faith, your very soul, is tied into giving “positive confessions.” And the fact that you are poor isn’t just bad luck: it’s not having enough faith, not praying enough, and, of course, not giving a big enough donation to their ministry.

How do televangelists get away with this? It’s easy. It’s the same method the Church of Scientology employs: getting 501(c)(3) status and declaring your corrupt, poor-robbing business model a “ministry,” which ... is a painfully simple process. They then ask for large tax-exempt donations and keep as much of it as possible to buy acres of land, mansions, and jets worth $65 million. Joel Osteen, pastor of megachurch Lakewood Church in Texas, for example, lives in a 17,000 square foot home worth $10.5 million dollars. His entire net worth is estimated to be about $40 million.

These factors led to the May 2019 circulation of what looked to be a Facebook post from a woman seeking prayers for her marriage from Osteen's ministry, only to be told that she needed to pay for a "prayer request account": Osteen has also been the subject of numerous spoof articles playing on his alleged predilection for putting material gain ahead of the well-being of his parishioners, and this particular post about "prayer accounts" was more of the same. No such real exchange took place on the Facebook page of Joel Osteen Ministries; the post was merely a fabricated response from a look-alike Facebook account that directed some more financial-based trolling Osteen's way.