Did Newly Elected Virginia Democrat Joe Morrissey in the Past Have Sex with His Teenage Receptionist?

Despite a long and winding history of scandal, Joe Morrissey was elected to the Virginia State Senate in the fall of 2019. 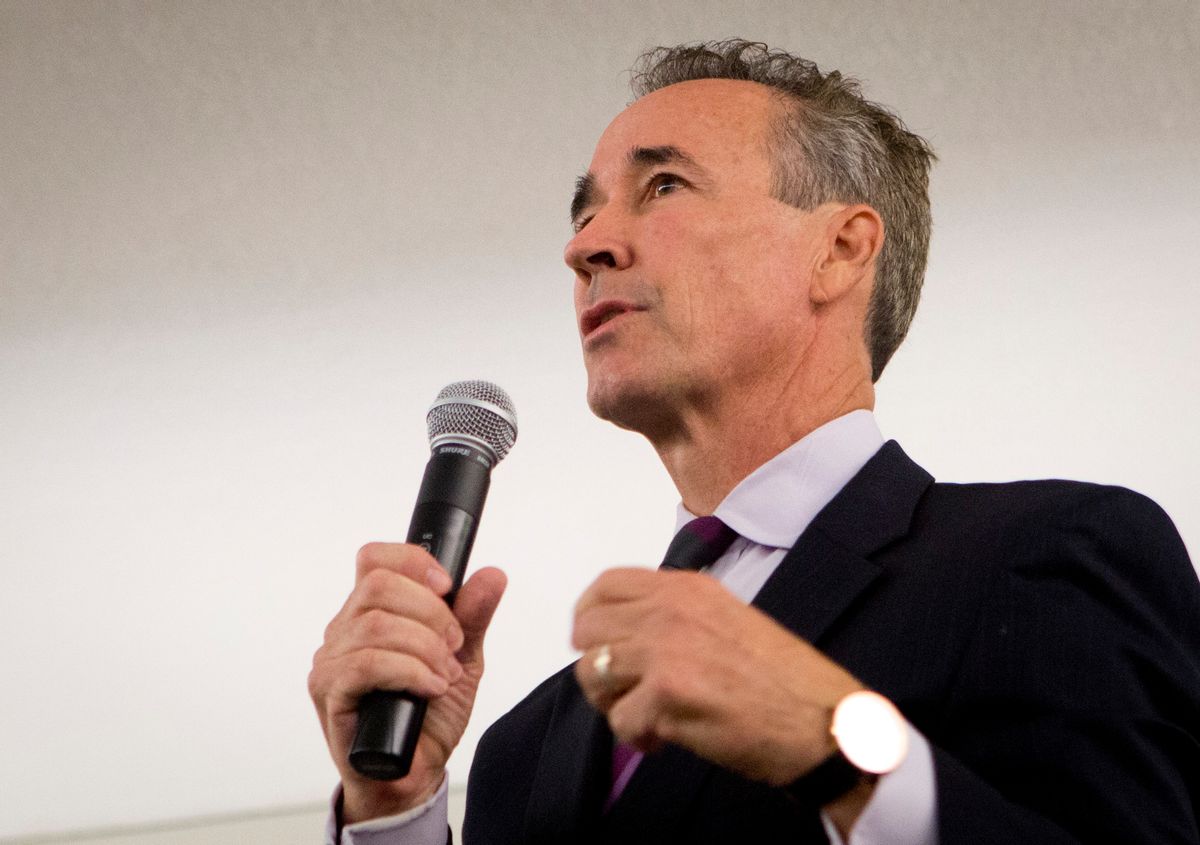 Claim:
Joe Morrissey, a Democrat, was elected to the Virginia State Senate even though he had sex with his teenage receptionist and has been disbarred.
Rating:

Joe Morrissey was elected to the Virginia State Senate in November 2019 despite having had a sexual relationship with his teenage receptionist (who is now his wife) and being disbarred.

Neither Morrissey nor his wife, Myrna Morrissey, has confirmed allegations that they began their relationship when she was 17 and still underage. Both claim they did not have sex until she was 18.

Joe Morrissey has a long, complicated, and wild history in Virginia law and politics. A former attorney, he has been disbarred twice. He spent time in jail for a courthouse fistfight and for misdemeanor charges related to contributing to the delinquency of a minor — accusations stemming from a relationship with his then-teenage secretary who is now his wife.

This history of scandal folded into the fraught politics of 2019, when various elections across the U.S. were viewed as a referendum on the presidency of an embattled Donald Trump, who was facing an impeachment inquiry over accusations that he attempted to extort the Ukrainians by withholding crucial military aid in exchange for dirt on a political rival.

When Morrissey won a crucial seat and handed a slim majority to Democrats in Virginia's Legislature, right-leaning news media jumped on his smorgasbord of scandal and controversy.

"Disbarred Lawyer, Convicted Sex Offender Democrat Joe Morrissey Wins Virginia Senate Seat," went a headline from Breitbart. "Virginia Democrat Previously Jailed for Sex with a Teenager Wins Election," wrote the Daily Wire. But in 2016, amid an ultimately unsuccessful run for mayor in Richmond, Morrissey received similar castigation from the liberal news site Huffington Post, which published an article with the headline "Ex-Convict Who Slept with His Teenage Employee Is Set to Become Richmond’s Next Mayor."

Morrissey addressed these types of stories in an email to Snopes on Nov. 13, 2019, stating that the stories being circulated about him don't bother him:

First, I am not a convicted felon and haven't ever been convicted of any felony charges. I have been found in contempt of court several times for merely fighting too hard for my clients. My law license has been suspended twice, most recently for the relationship with my wife in which I served a (6) month jail sentence for contributing to the delinquency of a minor.

My wife and I have been together for (5) years, married for (3), and have (4) beautiful children. My focus is on the 16th Senate District and how I can make Virginia a better place.

The scandals involving Morrissey may be news to some outside Virginia, but they have been common knowledge for many years both in Virginia and also sometimes internationally. They have earned Morrissey many pages of news coverage over the years.

In terms of the Breitbart headline, Morrissey never admitted to having a sexual relationship with his wife before she came of age. In 2014, Morrissey entered an Alford plea, which is functionally similar to a no-contest plea. By entering an Alford plea, Morrissey didn't admit to wrongdoing but acknowledged that prosecutors had evidence that could convict him had he gone to trial. He claimed that lewd texts on his phone were placed there by a hacker, but that defense was disputed in a complaint by the Virginia State Bar, which eventually led to Morrissey's losing his law license for the second time.

In 2015 Morrissey made public a picture of himself and the then-19-year-old Myrna Pride, dressed in Civil War-era garb, with their newborn:

I was just handed this photo of Joe Morrissey -- by Joe Morrissey. #BreakTheInternet pic.twitter.com/5H89jyX5ZT

The couple married in 2016 (Morrissey was then 58, Pride 20) and have a family together. They announced their nuptials in a joint 2015 press conference, during which both maintained that they had not engaged in sex until Pride was 18 years old.

A month before Morrissey's electoral victory in November 2019, the Washington Post reported that he was no longer viewed in Virginia political circles as a political pariah, but instead as a key player who, if elected, could deal on both sides of the Legislature. Morrissey ran unchallenged by a Republican candidate, and although he is a Democrat, he is anti-abortion, and some of his supporters are also supporters of Trump.

We left a voice message for the Henrico County prosecutor's office seeking comment but did not hear back in time for publication.

Schneider, Gregory S. "Once a Pariah Among Virginia Democrats, Joe Morrissey Is Now the Belle of the Ball."   The Washington Post. 3 October 2019.