Does Joe Kennedy's Palm Beach House Have a Security Wall?

Rumors that there is a security wall outside the representative's Palm Beach House are inaccurate on several fronts. 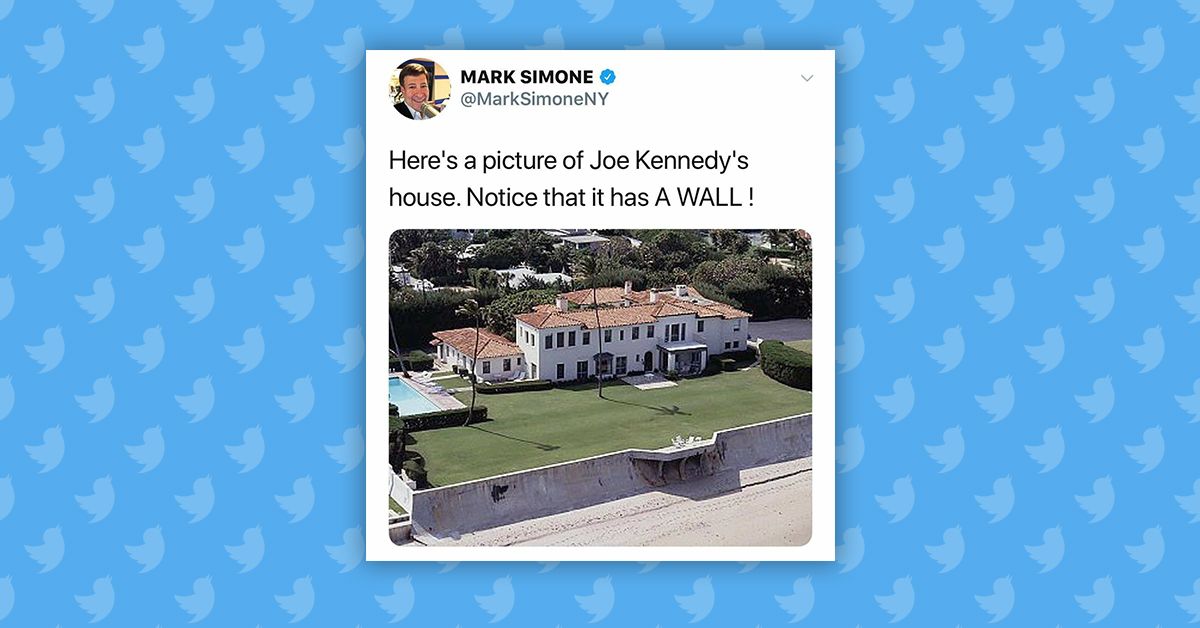 One of the most salient moments from Rep. Joe Kennedy III's (D-Mass.) response to State of the Union address came when he rebuked President Trump's promise to build a wall along the Mexican border in an attempt to stop illegal immigration:

America, we carry that story on our shoulders. [...]

You probably marched together last weekend, thousands deep, on the streets of Las Vegas and Philadelphia and Nashville. You sat high atop your mom's shoulders and held a sign that read "Build a wall and my generation will tear it down."

Some attempted to paint Kennedy as hypocritical for this comment by passing around a photograph purportedly showing "Joe Kennedy's House" and the security wall that protected it: There are a number of problems with using this photograph to paint Kennedy as a hypocrite for promising to tear down a border wall.

The Kennedy days in Palm Beach quietly ended today with the sale of the oceanfront property that Joseph P. Kennedy Sr. bought in 1933 as a vacation spot and that later became his son's winter White House and eventually a symbol of the family's troubles.

Claiming that the pictured wall was designed to keep people off the property is also misleading.

Kennedy's critics may be under the impression that a wall's sole purpose is to keep immigrants from crossing a border, but walls have several other purposes—especially in coastal Florida, where hurricanes are known to wreak havoc. In this case, this wall is a seawall designed to keep the ocean, not undocumented immigrants, from damaging the property.

This house is located on Palm Beach, just a few feet from the ocean. A view of the property from Google Earth shows that a sea wall also protects neighboring properties:

It's true that this photograph shows a wall outside of a house. However, this house does not belong to Joe Kennedy III (and hasn't been owned by his family since 1995) and the pictured wall is a sea wall, not a border wall, designed to protect the house from the ocean tides.

A previous version of this article stated that Kennedy Sr. sold the estate in 1995, but Kennedy Sr. passed away years earlier in 1969. The house was owned by more than a dozen members of the Kennedy family and a trust at the time of its sale.