Has Rep. Joe Kennedy Received $348,000 in Donations from the Pharmaceutical Industry?

A meme targeting the Democratic lawmaker gets some, but not all, of the facts right. 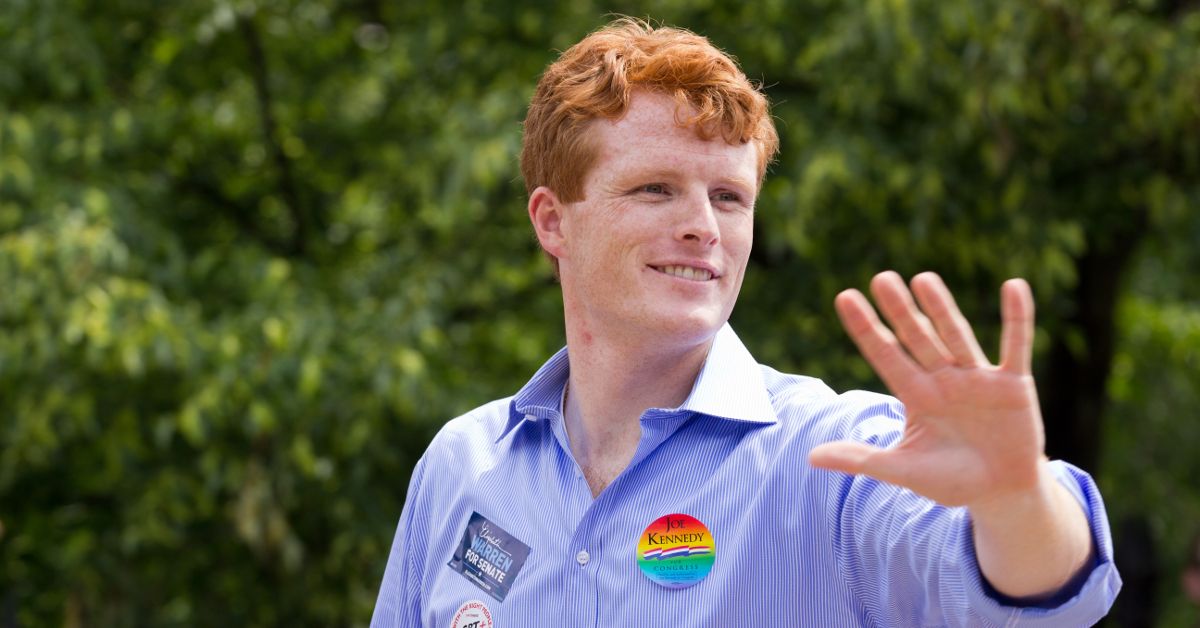 Claim:
Over the course of his career, Democratic Congressman Joe Kennedy has received $348,000 in campaign contributions from the pharmaceutical industry.
Rating:

In January 2018, Rep. Joe Kennedy III attracted scrutiny from both left-wing and right-wing observers, after he was designated to give the official Democratic response to President Donald Trump's first State of the Union address in January 2018.

On 28 January 2018, this meme appeared, making claims about the Massachusetts Congressman's purported links to the pharmaceutical industry, and his record on several major issues: This is Joe. Pharmaceutical companies have given Joe $348K since 2011. Joe has $434K of stock in a company charging $1,000 per pill for a live-saving drug. Joe opposes legal marijuana and universal healthcare legislation. Don't be like Joe.

An article from GritPost.com elaborated on these claims:

Rep. Kennedy (D-Massachusetts) might be pharma’s favorite Democrat in the U.S. House of Representatives, given that he’s received more than $57,000 from the pharmaceutical/health products industry in this current election cycle alone. According to the Center for Responsive Politics, that’s approximately four times more than pharma’s average contribution to House Democrats. Over the course of his short Congressional career, Kennedy has received more than $348,000 since 2011.

The source of these claims about contributions to Kennedy is the non-partisan Center for Responsive Politics, a Washington, DC-based non-profit that tracks political donations on the web site Open Secrets.

The figures in the article are accurate; the industry's contributions to Kennedy total $348,077 over the course of his six-year career as a politician.

As the Boston Globe reported last year, Rep. Kennedy has more than $434,000 invested in Gilead Sciences, Inc. Gilead is the manufacturer of life-saving hepatitis C drug Sovaldi — which Gilead recently increased to $1,000 per pill, or $84,000 for a treatment.

While it's true Kennedy has investments in Gilead, this claim is slightly misleading and out of date.

In May 2016, the Boston Globe reported that the Congressman had "earned stock value of up to $434,999 from investments in Gilead Sciences Inc" and furthermore:

So actually, Kennedy's investments in Gilead could have been as low as $180,004 at the time of the Boston Globe article in May 2016. The Globe was careful to point out that members of Congress are not required to provide exact figures for their personal investments and assets, but rather ranges. Grit Post left out this detail.

In any event, Kennedy provided a more up-to-date financial disclosure at the end of 2016, which showed his investments in Gilead by then totalled between $80,003 and $200,000.

Financial disclosures for 2017 have not yet been published.

Whatever the exact amounts involved, Kennedy's investment in Gilead has been controversial largely because the company sells Solvadi, its brand name for the drug sofosbuvir, which is used to treat Hepatitis C. As Grit Post points out, Gilead Sciences has attracted criticism for the high price of Solvadi which is $1,000 per pill or $84,000 for a course of treatment.

Kennedy's investment is part of a trust fund managed by a financial adviser. Craig Holman, from the advocacy group Public Citizen, told the Globe in 2016 that the profits Kennedy and the company were making were "harming many of the citizens of Massachusetts."

According to Open Secrets, 19 members of Congress (as well as Donald Trump) held shares in Gilead Sciences in 2015.

The Grit Post meme's claim that Kennedy opposes marijuana legalization is accurate. While the national conversation has shifted to discuss recreational marijuana's legalization, over the years many leaders have come to voice support for the medical uses for marijuana.

However, Kennedy not only opposes recreational use, but he has a record of voting against measures to protect and enhance access to medical marijuana. In 2015, Kennedy was one of 10 Democrats who sided with a Republican majority to pass a bill that would—among many other things—restrict funding for states that wanted to legalize marijuana. The bill died in Senate.

Grit Post also correctly pointed out that Kennedy, in a 2016 interview, said "I don't think marijuana should be legalized."

In September 2017, Kennedy expressed tentative support for a single-payer healthcare system, but hesitated to support bills then before the House of Representatives and Senate that would have expanded Medicare.

At the time, Kennedy told Boston Public Radio the bills were "100 percent right on the value that they're trying to enshrine into federal law -- that healthcare is a right in this country, not a privilege to be enjoyed by the few..."

However, he said there were "details" in the House bill (introduced by Democratic Rep. John Conyers) with which he was 'struggling.'

When pressed, Kennedy said he supported universal healthcare, but said a single-payer system (funded by taxes and administered by the government) was "a way that we could get there, and that's great, but I think that the critical piece to this is ensuring that everybody gets access to quality, affordable, accessible healthcare..."

So Kennedy has given theoretical support to universal healthcare, but has been fuzzy on the details of how it should be achieved, and he did not support specific legislation that, if passed, would have massively expanded health coverage in the United States.