Did Camel Cigarettes Packs Include a 'Hidden Naked Man'?

Many consumers claimed to be able to see a naked man hidden in the artwork of Camel cigarette packages. 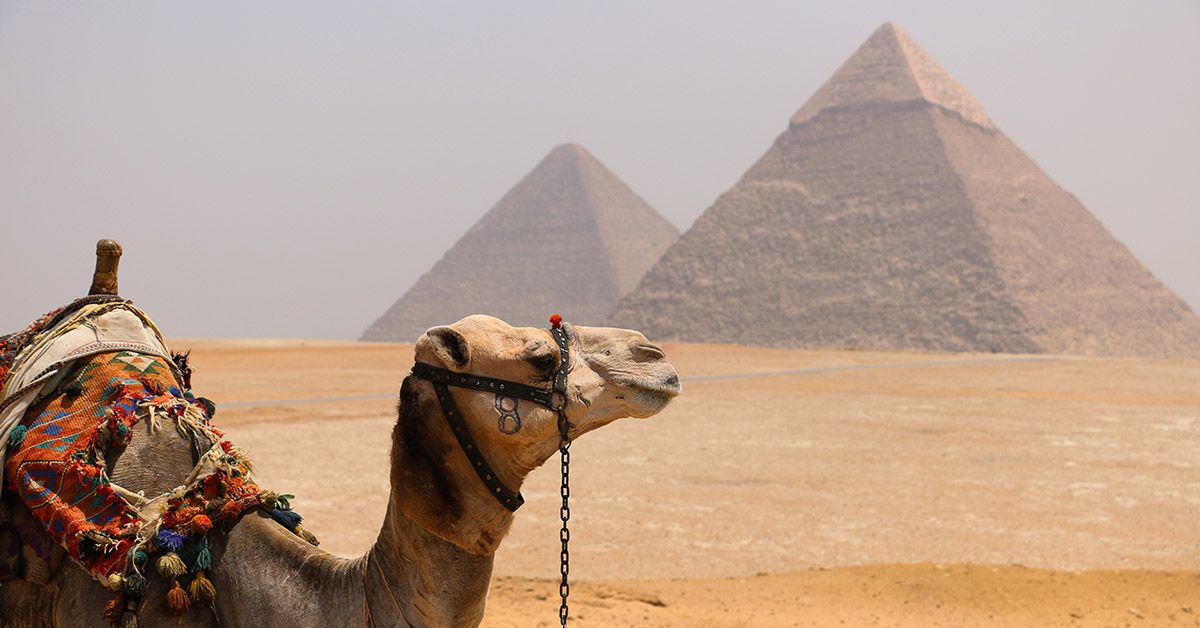 Claim:
The image of a naked man is hidden in the artwork of Camel cigarette packs.
Rating:

How long the belief a nude man sporting an erection can be found in the artwork of a pack of Camels has been with us is impossible to pin down:

Has anyone ever noticed you can see a naked man with a in the camel's front leg on a pack of Camel cigarettes? It's pretty wild. I don't know if this would be considered a UL, though, because it's really there. I've seen it. Of course, maybe I just have a dirty mind.

Did it begin with Wilson Bryan Key, the man who saw on a Ritz cracker, or was "the naked guy on the Camels" something our grandparents snickered about? (Some have been known to assert that it's not a naked man depicted there; it's Mae West.)

The Camel logo printed on each package is an American icon, part of the nation's history since 1913. Notice the camel's foreleg. There is a little man standing in the foreleg, looking to the right, his hand on his right hip, the elbow protruding to his side. His facial features are defined, as is his erect penis which protrudes in front of him. The Camel man in the foreleg turns out to be a dickie waver — quite a different image from that featured over so many years in Camel ads as the symbolic hero camped in the wilderness, a loner, a man free from the impediments and obligations of civilization.

Many who claim to see the little fellow say he faces left, with his erection drawn as the light streak where the camel's leg meets the body. Others see him facing the right, with his elbow behind him. (Those who see Mae West in the same image say she's facing left with her body turned right — looking back over her shoulder, in other words.)

Is he really there? The answer depends on the viewer: some will see him, some won't. Just as clouds in a summer sky take on meaningful shapes to the one studying them, so can the odd lines and shadings within almost any drawing assume meanings the artist never intended. Curlicues and streaks used to transform flat art into a more natural-looking image are often read as containing hidden images by those who go looking for concealed influences (as Procter and Gamble discovered when it began battling Satanism rumors over curls in the beard of its century-old 'man in the moon' trademark which "those in the know" read as 666, the sign of the devil).

Without going too deeply into it (the link just given already does a fine job of that), the concept of subliminal advertising keys on the notion that hidden stimuli pass stealthily though the doors of perception, lodge undetected in our minds, then exert influence over our impulses.

Whatever hidden images — intentional or otherwise — that have come to be lodged in package design or product advertising have yet to be proved to have appreciable influence on consumer buying habits. Sex may well sell, but if the consumer's eye and conscious mind aren't picking up on the message, the message doesn't get acted on. In other words, all the penis-waving naked little men in the world aren't going to move the product if they exist only as practically undecipherable lines etched into a camel's leg.

Those who search for hidden influences have a tendency to read sex-related messages into just about anything. Forgetting about the drawing in question for a second, the one-humped camel itself has been quite seriously suggested by some to represent pregnancy, the one undeniable proof of a man's ability to get it up and get it off. That large, jutting, single hump, they say, is evocative of the belly of a very pregnant woman. According to that particular form of wisdom, by flaunting this package a man announces (especially to himself) that he's a right virile chap who has no problems pointing due North when the situation calls for it.

(Heaven knows what these same gurus would have made of a bactrian camel — would the two humps have been interpreted as jutting mammary glands?)

Pregnant women and virility theories aside, Camel cigarettes chose a dromedary as its symbol because the only ship of the desert available for sketching was a one-humper called Old Joe. Surviving photos of Old Joe compared against the earliest Camel ad (a drawing of a camel which simply announced "The camels are coming" but made no mention of what product was being advertised) show the artist took few, if any, liberties in rendering Old Joe's likeness.

Okay, that answers why the image is a dromedary as opposed to a two-humper — why name this brand of cigarettes after an exotic animal, the like of which most people in 1913 would not see with their own eyes during their lifetimes?

The brand came by its unusual name and romantic packaging due to that era's mania for all things Egyptian. The camel and pyramids were pure Egypt and thus filled with mystery, but it wasn't just the allure of faraway places which drew people Victorian symbology, things Egyptian were inextricably linked to mortality. Such images were also linked to empire and power, especially since Napoleon's sacking of the Nile. The pyramids had influenced entire schools of sepulchral and imperial design, so it's not unreasonable they would influence a ground-breaking new brand of cigarettes.

Compared to current cigarette pack design, Camels artwork stand out as unspeakably exotic. It is possible the speculation about the naked man on the cigarette pack stems from the comparison of the ornate look of the Camels' artwork to the austere and streamlined forms of other current brands. A pack of Camels, these days, looks far different from its neighbors in the cigarette rack at the store, but that wasn't always the case. Other brands no longer on the marketplace also featured ornately overdrawn images.

The introduction of Joe Camel in 1988 changed the direction of rumors associated with this brand. Many have commented on the shape of Joe Camel's head, likening it to a penis. Others see a penis and testicles or an act of copulation in that pate. Still others say Joe's nose bears a resemblance to a penis (some even noting it looks like "a smoking penis").

In interviews, Mike Salisbury, the creator of Joe Camel, disclaims any intentional resemblance between Joe's face and a phallic image: "People read all this stuff into it," he says.