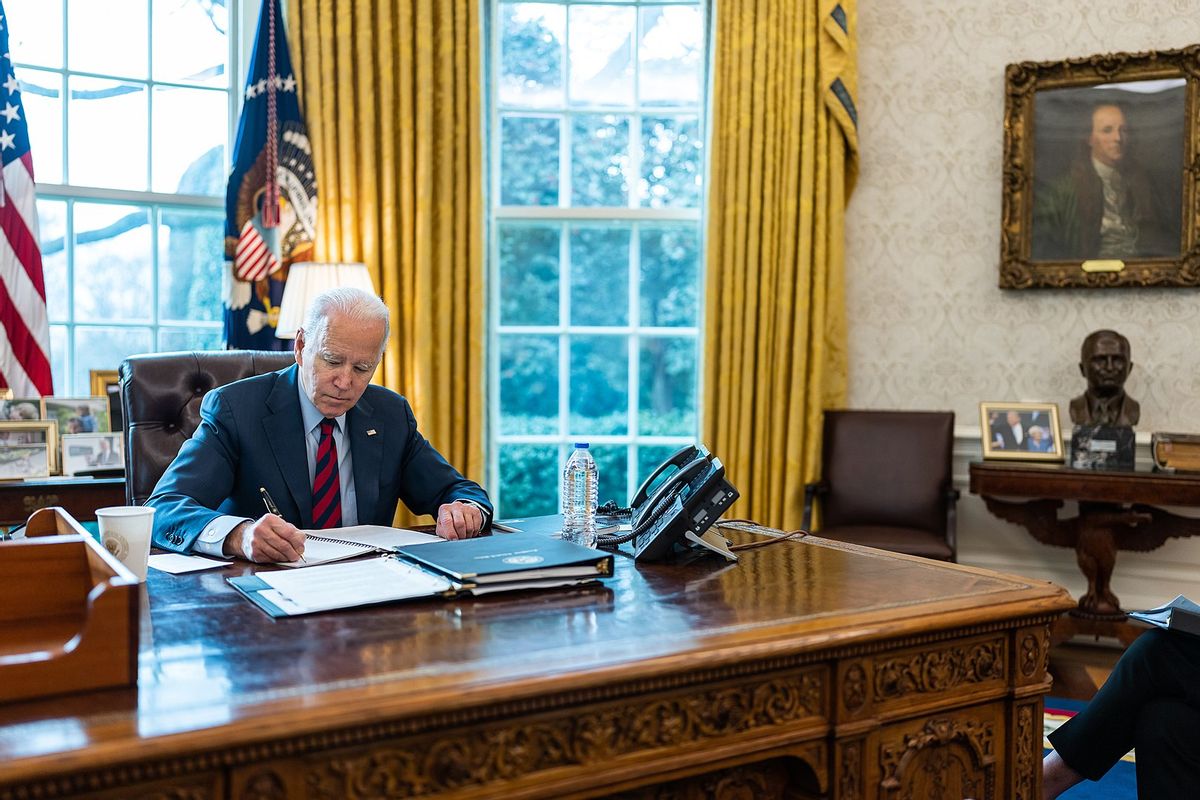 The only documented visit occurred before Biden's presidency in 2008. Jill Biden visited in December 2019 before Biden was elected. Vice President Kamala Harris also made a visit during Biden’s term.

Republicans were calling on U.S. President Joe Biden to visit the U.S.-Mexico border just as a border policy put in place by his predecessor, Donald Trump, was nearing its end on Dec. 21, 2022. The number of asylum seekers attempting to cross into the U.S. was projected to double after the end of Title 42, a pandemic-era policy that allowed border officials to immediately expel migrants without a chance for asylum, citing public health concerns.

Faced with the prospect of major changes in border policies, many people, including Republican U.S. Rep. Kevin McCarthy, urged Biden to visit the border regions. On Nov. 30, 2022, a Fox News reporter asked White House Press Secretary Karine Jean-Pierre if Biden would take McCarthy up on his invitation. Jean-Pierre claimed in the exchange that Biden had been to the border, but would not elaborate. The exchange resulted in accusations from Fox News that the White House was lying about his previous border visits.

Doocy: Thank you, Karine. Kevin McCarthy says that he invited President Biden down to the border. Has the President RSVPed?  (Laughter.)

Doocy: Well, we know — we know the President has never been down to the border.  The possible next Speaker says that he wants him to go with him. So, is he going to?

Jean-Pierre: So, look, he's been there. He's been to the border. And since he took office —

Doocy: When — when did he go to the border?

Jean-Pierre: Since he took office, the — President Biden has been taking action to fix our immigration system and secure our border.  And that's why, on day one, he put forward an immigration — immigration reform — a piece of legislation to deal with what is currently happening at the border.

But we were unable to find a documented Biden visit to the U.S.-Mexico border during his presidency. We reached out to the White House to learn more and will update this post if we get more information.

We should note, however, that Vice President Kamala Harris visited the Texas border in June 2021 and toured immigration facilities. In December 2019, before the presidential elections, Jill Biden also visited asylum seekers in camps on the Mexican side of the border.

Republicans also criticized Biden for not visiting the border in late 2021, as well, after Biden claimed in a town hall that he knew the border "well." The Republican National Committee in a September 2021 post claimed that "Biden has been president for almost 250 days, yet has still not visited the southern border despite promising in March to go 'at some point.'"

A Washington Post investigation in October 2021 also could not find evidence that Biden had visited the border, particularly during his time in office. However, the newsroom learned that Biden had driven by the border for a 2008 campaign event in Mesilla, New Mexico. The Post spoke to David E. Wade, a press officer for the campaign, who confirmed this information. According to the report, Biden's "plane landed at the El Paso airport and then the motorcade took the nearly one-hour drive to the suburb of Las Cruces. The drive took Biden along a route that for a few minutes hugs the border of the United States and Mexico. 'For most of us, it was unfamiliar territory,' Wade said, who recalled that some reporters joked about crossing the border during the event.'"

In October 2021, then-White House Press Secretary Jen Psaki also said that Biden drove by the border in 2008: "He did drive through the border when he was on the campaign trail in 2008. And he is certainly familiar with the fact — and it stuck with him — with the fact that in El Paso, the border goes right through the center of town."

In May 2022, an Hidalgo County judge in South Texas also sent Biden a letter urging him to visit, and expressed his concerns about the lifting of Title 42.  "President Biden, as a public servant in a border community I must implore you to visit our region before the existing Order is suspended," he wrote. Border Report, a publication focused on U.S.-Mexico border coverage, noted in the same report that Biden himself had never visited South Texas.

As the Washington Post argued, the question of whether Biden had ever visited the border serves as a "gotcha" moment, and does not indicate how effectively he can handle the border crisis just by paying a visit. However, a presidential visit would imply an acknowledgment that the situation at the border is a crisis in the first place.

While Jean-Pierre appeared to evade the follow-up questions, it appears that the phrase "Since he took office" was intended to lead in to the "action" Biden has been taking to address the crisis. And while Biden had driven by the border many years ago, it was correct to say in late 2022 that Biden had not visited the border during his presidency, though key members of his administration had.

Betz, Bradford. "White House Claims President Biden Has Been to the Border despite No Record of Any Visit." Fox News, 30 Nov. 2022, https://www.foxnews.com/politics/white-house-claims-president-biden-has-been-border-despite-no-record-any-visit. Accessed 1 Dec. 2022.