Did Joe Biden Award His Uncle a Purple Heart During Vice Presidency?

Once again, the president stands accused of getting his facts wrong. 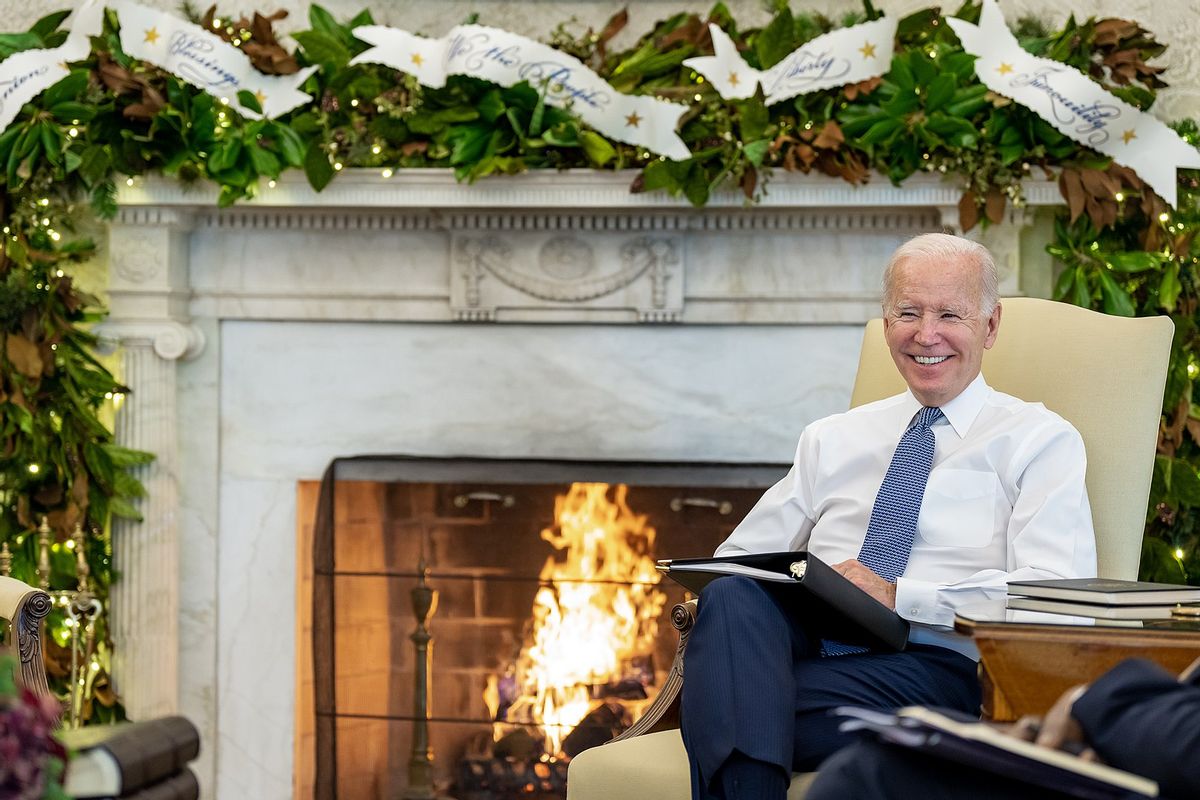 Claim:
After he became vice president in 2008, current U.S. President Joe Biden gave his uncle, Frank H. Biden, a Purple Heart for his military service in the Battle of the Bulge during World War II.
Rating:

Though Biden's uncle did serve in the military during World War II, he died in 1999, according to available records, so Biden would not have been able to give him a Purple Heart medal in the time period he claimed he did. We reached out to the White House for comment, but a spokesperson did not respond to our specific questions.

U.S. President Joe Biden is an inveterate storyteller, but more than once has misstated the facts during the course of his stories and speeches, a pattern for which he has been criticized. A particular claim that he made in December 2022 pertaining to his own family appears to follow that pattern. On Dec. 16, during remarks he made at the Delaware Veterans Summit and PACT Act Town Hall, he said he gave his uncle Frank Biden a Purple Heart medal after becoming vice president in 2008.

The Purple Heart is a medal awarded to serving members of the armed forces who were wounded or killed (it is given posthumously as well) in action. It is the highest award given automatically to anyone who meets the criteria and can be given multiple times if the person is wounded on separate occasions.

According to Biden, his father asked him to help rectify the fact that the veteran uncle earned but never received a Purple Heart medal for his military service:

So we got him the Purple Heart. He had won it in the Battle of the Bulge. And I remember he came over to the house, and I came out, and he said, "Present it to him, okay?" We had the family there.

There are a number of inaccuracies in this story. It would have been impossible for Biden to have had this conversation with his father when he said he did, because his father died in 2002, several years before Biden assumed the vice presidency.

Assuming Biden might have been referring to an earlier conversation with his father, he still could not have given his uncle a medal after 2008. Frank H. Biden, according to a number of obituaries, died at the age of 81 in 1999. The Tribune in Scranton, Pennsylvania, confirmed that he was indeed the uncle of then-U.S. Sen. Joe Biden. 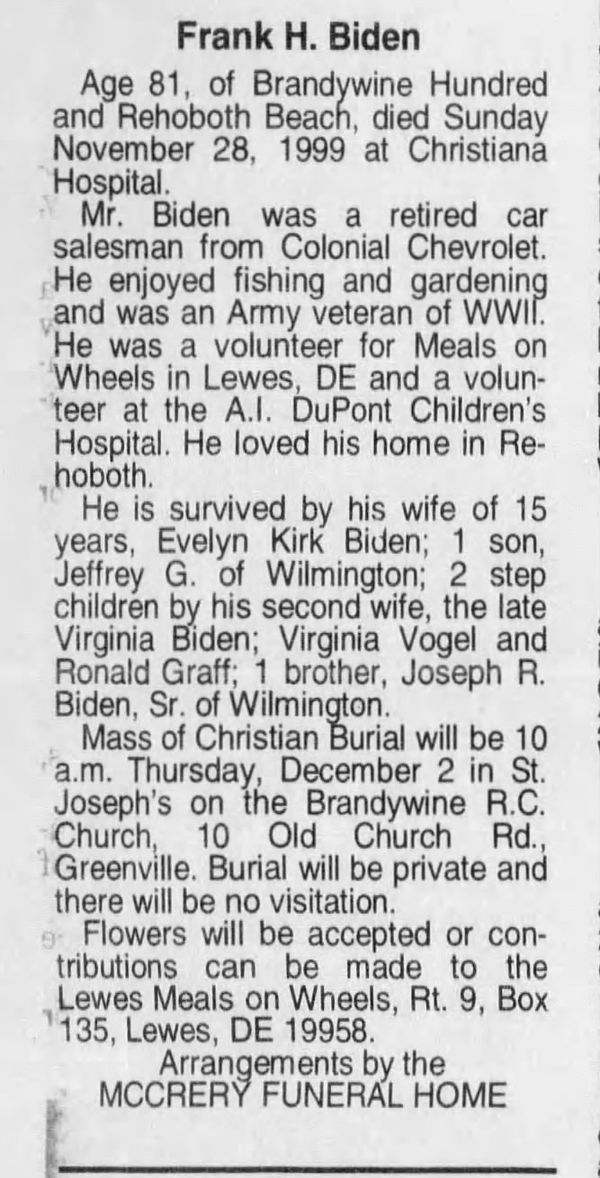 On Jan. 20, 2021, at the time of Biden's inauguration, the National Cemetery Administration (NCA) of the U.S. Department of Veterans Affairs posted a photograph of Frank Biden's gravestone, as well as his obituary. The NCA wrote, "He entered service July 17, 1941 at Camp Lee, Virginia and was discharged July 24, 1945 at McGuire General Hospital in Richmond. After the war he became a salesman at Sterling Auto Sales in Wilmington, Delaware."

They added that "While he isn't interred in a national cemetery, like all eligible Veterans he received a free grave marker from the National Cemetery Administration (NCA) U.S. Department of Veterans Affairs." Regardless, Biden's specific claim about giving his uncle a Purple Heart during his vice presidency is incorrect. We reached out to the White House for comment but did not receive responses to our specific questions, including whether his uncle was ever awarded a Purple Heart.

We thus rate this claim as "False."