A 2015 video resurfaced along with new screenshots claiming the U.S. president inappropriately touched a girl. 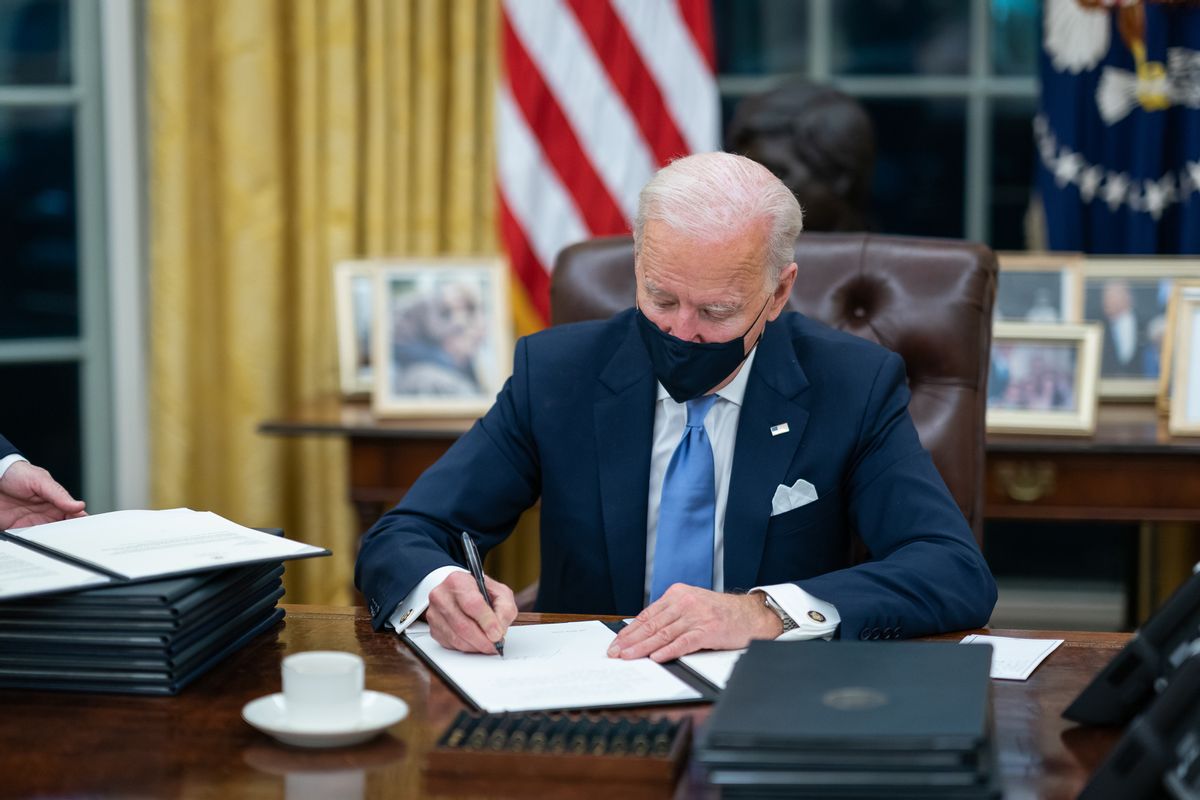 Claim:
U.S. President Joe Biden pinched a young girl’s nipple in 2015, according to video footage of the incident and the girl’s own claims on TikTok.
Rating:

A 2015 video showing then-U.S. Vice President Joe Biden has been making the rounds online with claims that he was depicted inappropriately touching a young girl. Biden has been accused of such behavior around young girls numerous times over the course of his political career.

Snopes readers asked us if Biden pinched the nipple of a girl in the video, who many said was Maria Piacesi, the niece of Republican U.S. Sen. Steve Daines of Montana. While the video was from the 2015 swearing-in ceremony of the senator, it gained new prominence in 2021 when right-leaning blogs published screenshots reportedly from the TikTok account of Piacesi, in which she appeared to confirm that Biden did indeed pinch her nipple.

We looked at the actual video on CSPAN, and around 1:21:10, it shows Biden with his hand on the girl’s shoulder as they pose for a picture. The girl in the video, according to the Billings Gazette, a Montana newspaper, was indeed Maria Piacesi, but whether Biden did anything else to her is up for debate. In one moment she is seen shifting away from Biden’s hand, which remains on her shoulder, and then his hand moves lower toward her arm. It is unclear if Biden did anything to Piacesi, and any claims since then have been conjecture based on interpreting a few hand movements in the video.

“Did Joe Biden pinch you?” A user by the name of Jonathan Pasetti asked, to which Piacesi responded, “Yes.” However, soon after, she deleted her comment.

“Why did you delete the comment?” Pasetti asked. “I have friends that would no longer be friends with me if they knew that,” Maria Piacesi replied.
[...]
Maria Piacesi then sent the user a direct message via the TikTok app and said that she’s wanted to speak out about her assault but that she fears that she won’t be believed and will be seen as an outcast.

“I would do something about it — to be honest — if I thought it would help, but it would only make more people angry and I’ve already had people calling me out saying I’m lying and this is BS [bullsh*t], even though it is not. I just don’t think it would help with anything right now,” Maria Piacesi said.

We’ve received a lot of emails regarding this article. A lot of people believe that the screenshots are fake and no such account exist. However, upon doing some digging we can, in fact confirm, that the senator’s niece did own this account. Shortly after the news went viral she deactivated her Instagram and TikTok account.

We looked for her username on TikTok as per the purported screenshots, and found an account with 71 followers that had been deleted. Based on archived pages, the account appeared to have been active in July 2021. We also have been unable to confirm if the screenshots were real.

We attempted to contact this TikTok account directly to confirm if the information above was true, but the account is not following anyone and so it could not receive messages from us. We cannot at the moment confirm that this account actually belongs to Maria Piacesi. To this day there is no concrete evidence, formal accusation, or actual investigation to support such claims against Biden, only speculations based on the video and photographs.

The Biden administration has responded to other accusations of improper behavior that were derived from photographs and video of public events where he was seen to be close to young girls. In 2020 Donald Trump Jr. shared an Instagram post implying Biden was a pedophile. In response, Andrew Bates, Biden's spokesperson said: "No repulsive, manipulative tactic will change the subject from how almost 90,000 Americans have paid for Donald Trump’s coronavirus negligence with their lives and how the booming economy he inherited from the Obama-Biden Administration is now suffering from depression-level job losses."

Biden also called Don. Jr's pedophilia post "sick" and added, "But he is his father’s son.”

Until more information is made public by Piacesi herself, the Biden administration, or through a formal police investigation, we rate this claim as “Unproven.”

Hoft, Jim. “SICK: Girl Who Was Touched by Creeper Joe Biden on Camera Confirms He Groped Her and Pinched Her Nipple #MeToo.” The Gateway Pundit, 4 Aug. 2021, https://www.thegatewaypundit.com/2021/08/sick-girl-touched-creeper-joe-biden-camera-confirms-groped-pinched-nipple-metoo/.

Sheth, Sonam and Eliza Relman. “Here Are All the Times Joe Biden Has Been Accused of Acting Inappropriately toward Women and Girls.” Business Insider, https://www.businessinsider.com/joe-biden-allegations-women-2020-campaign-2019-6. Accessed 6 Jan. 2022.