Did Biden Kneel Before George Floyd’s Son To Apologize?

Even as the Derek Chauvin trial was winding to a close, rumors about George Floyd were still swirling online. 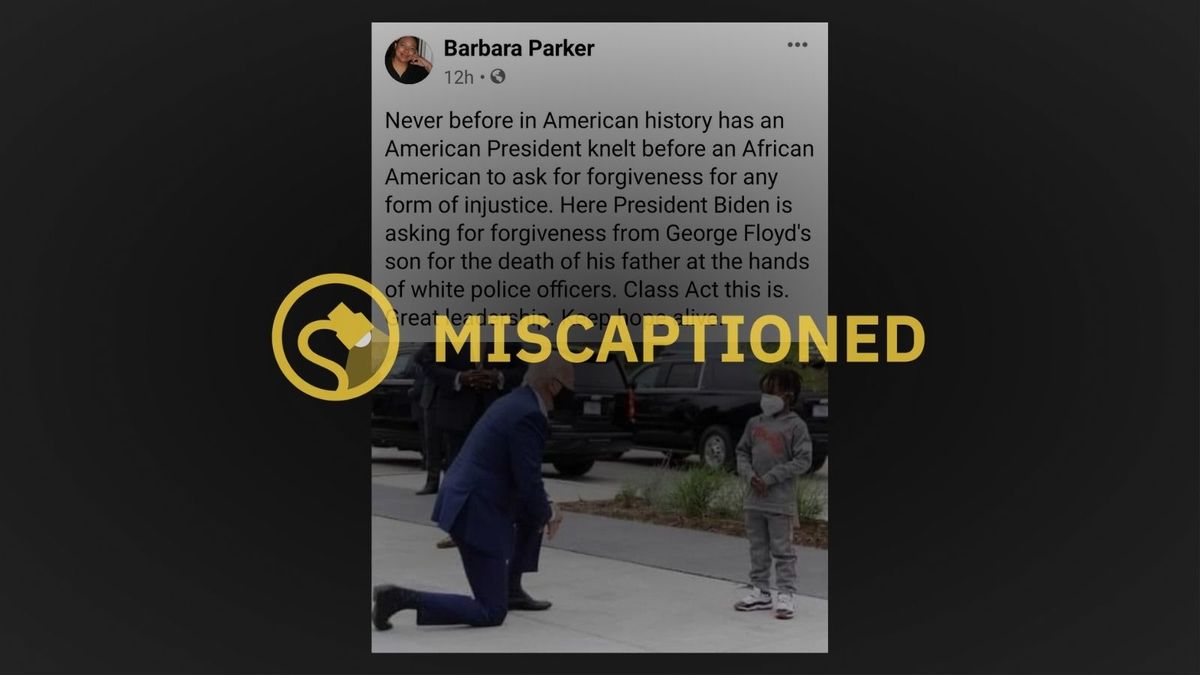 Claim:
A photograph shows U.S. President Joe Biden kneeling in front of George Floyd’s son to apologize for the death of his father while in police custody.
Rating:

A photograph of then-U.S. presidential candidate Joe Biden kneeling to speak with a youngster in Detroit, Michigan, in September 2020 was misleadingly captioned in social media postings.

On April 15, 2021, the defense team for Derek Chauvin, the former Minneapolis police officer charged in the death of George Floyd rested its case. In the nearly 11 months after Floyd's death, protests against police brutality and racism have spread across the United States -- and so have countless rumors..

For example, since late 2020, a photograph circulated on the internet that purportedly showed U.S. President Joe Biden kneeling in front of a Black boy “to beg George Floyd's son for forgiveness,” as one tweet claimed: We learned that this has been miscaptioned online.

This photograph does not show a meeting between Biden and Floyd’s son. The moment was captured in September 2020 by a Getty photographer in Detroit, Michigan. The original caption read, Biden “kneels to chat with C.J. Brown while shopping at Three Thirteen, an apparel store on the city's Avenue of Fashion.” The photograph can be found here.

The meeting took place when Biden was a presidential candidate campaigning in Michigan. Biden also shared a photo of his meeting with Brown on his Instagram page:

Reuters Editor Corinne Perkins shared the same image from a different angle, saying Biden had stopped at the clothing store to buy some items for his grandchildren:

Given that several different sources corroborated that the photograph did not show Biden kneeling before Floyd’s son, we rate this picture as “Miscaptioned.”