Is Joe Biden a Wanted Felon in Ukraine?

Social media users on Facebook and Twitter copied and pasted the text: "Ukraine has now listed Joe Biden as wanted on Class A felony charges." 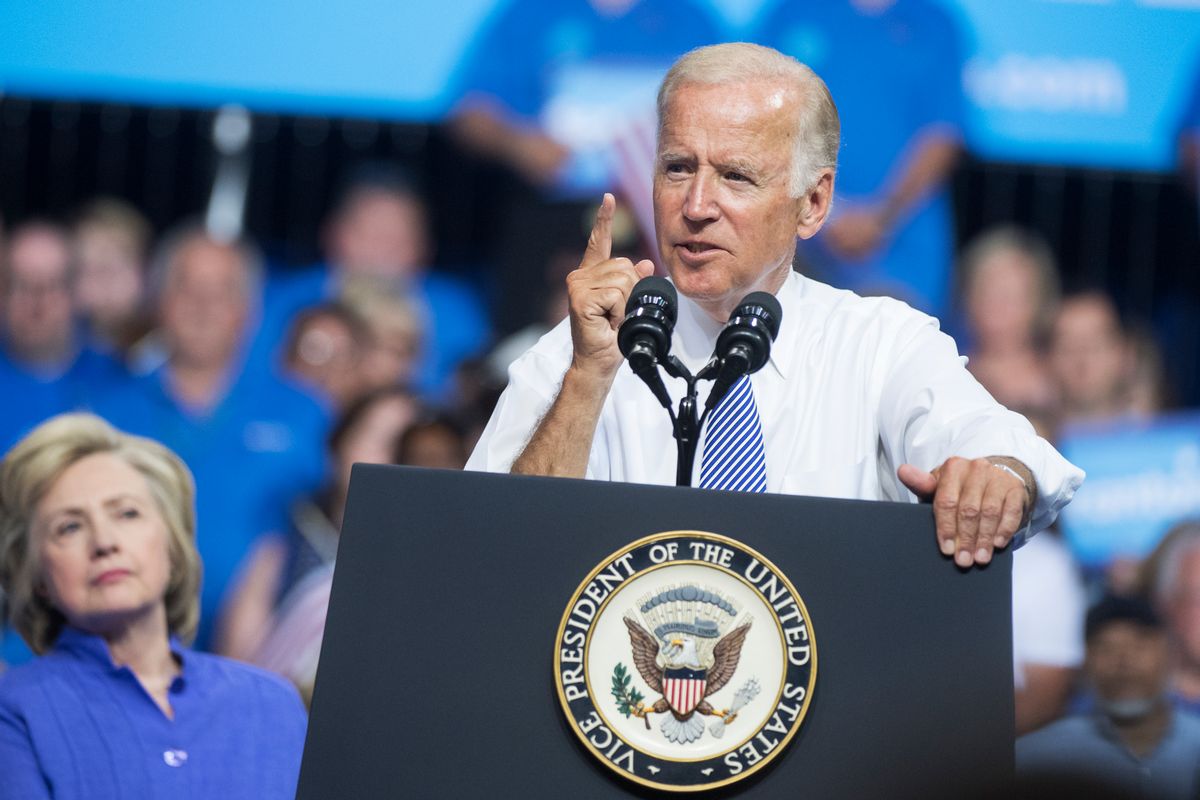 Claim:
Joe Biden is wanted in Ukraine on "Class A felony charges."
Rating:

Since at least November 2020, social media users have copied and pasted a sentence about U.S. President Joe Biden purportedly being a wanted felon in Ukraine. The posts continued to appear well into 2021 and read: "Ukraine has now listed Joe Biden as wanted on Class A felony charges."

The posts were often accompanied by a May 2020 video from the far-right One America News Network (OAN):

In the video, OAN's chief White House correspondent Chanel Rion said that "a Ukrainian Court ordered Joe Biden to be formally listed in a criminal case."

However, this news report was misleading. Biden was not "listed as [a] criminal suspect" as the headline claimed. Further, as AFP confirmed, the OAN story mentioned nothing about "Class A felony charges" or Biden being a wanted felon in Ukraine as the social media posts claimed.

The story all started in 2016, when Biden was vice president. At the time, he allegedly fired Ukraine’s chief prosecutor Viktor Shokin. The Associated Press reported that Shokin had been "widely accused of doing nothing to combat Ukraine’s entrenched corruption."

In December 2019, U.S. President Donald Trump was impeached for the first time by the U.S. House of Representatives, but later acquitted by the U.S. Senate. The basis for the impeachment was a phone call from July 2019. Audio of the call revealed that Trump "repeatedly urged" Ukrainian President Volodymyr Zelenskiy to investigate Biden for the Shokin ouster.

The BBC published that the phone call "came shortly after Mr. Trump had blocked the release of military aid to Ukraine." It also reported that "a senior official later testified the president had made clear the release of this aid was conditional on Mr. Biden being investigated," something that the White House denied.

An investigation was "launched in February [2020] after the ousted prosecutor, Shokin, appealed to a court," NBC News reported. The case was later closed in November. Days after it was closed, the social media posts in question began to appear with the misleading OAN video, falsely claiming that "Ukraine has now listed Joe Biden" as a wanted felon on "Class A felony charges."

However, the most important detail here might be the fact that Ukrainian law allows anyone to go to court to simply request an investigation. This even includes when there's an "absence of evidence," as NBC News reported in November:

Ukrainian authorities have closed a criminal probe into Joe Biden, who was accused of improperly forcing the ouster of the country’s prosecutor general in 2016, a police spokesperson said.

The investigation was launched in February after the ousted prosecutor, Viktor Shokin, appealed to a court.

Under Ukrainian law, anyone can go to court to request an investigation if the State Investigative Bureau declines to open one on its own. The courts overwhelmingly order law enforcement to launch criminal cases even in the absence of evidence, according to Vitaly Shabunin, the co-founder of the Anti-Corruption Action Center, a Kyiv-based watchdog group.

In sum, Biden was not a wanted felon in Ukraine, nor was he "wanted on Class A felony charges."