U.S. President Donald Trump has made the claim about his political opponent on numerous occasions. 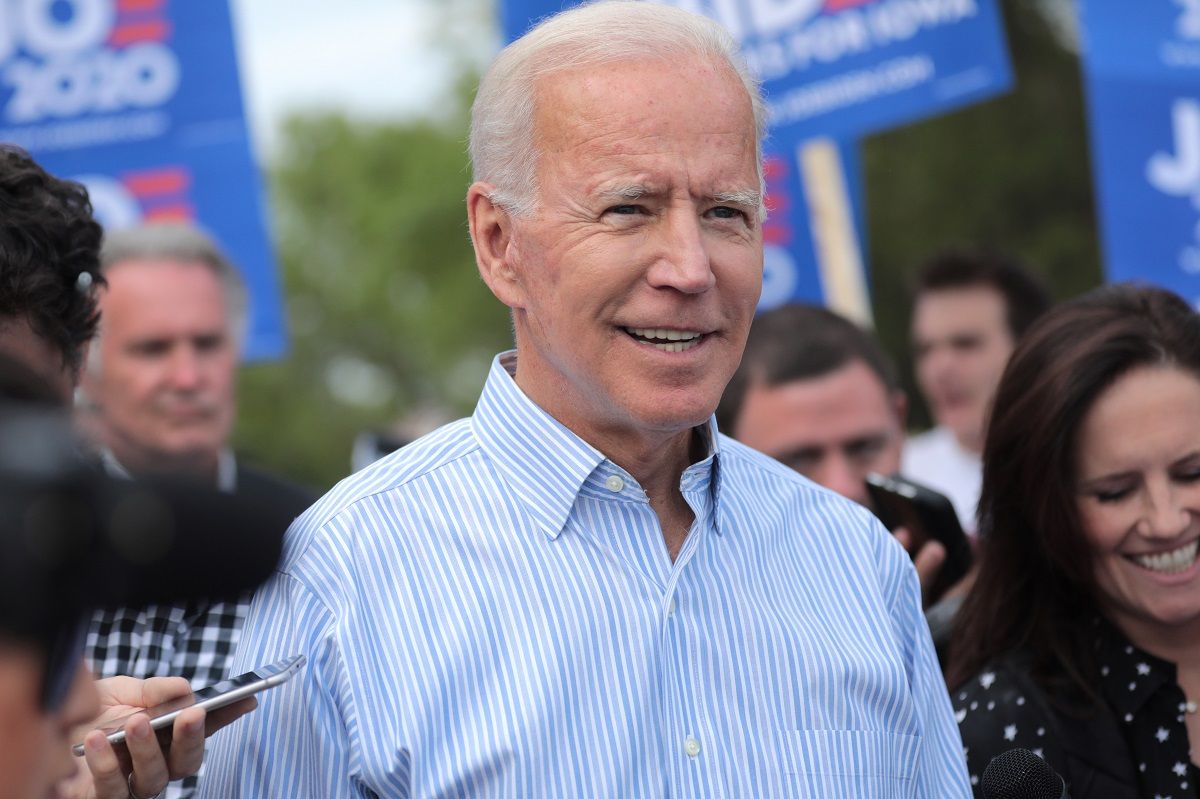 Following a series of high-profile deaths of Black Americans while in police custody, a civil rights movement to call attention to systemic racism in U.S. law enforcement emerged as a key issue in the presidential race between Republican U.S. President Donald Trump and his Democratic challenger Joe Biden.

In their public responses, both campaigns stripped the nuance from what was a deep-rooted reckoning over American racism and police brutality. Biden tried to align himself with protesters' calls for reforming the country's criminal justice system without going into specifics as to how. Meanwhile, Trump attempted to convince voters his opponent would turn America into a place of lawlessness and destruction by removing or completely eliminating police officers from streets.

"Biden has vowed to defund the police," Trump said in conference call with supporters on Aug. 12, 2020.

We should note here: local governments, not the president's office, decide specific budgets for city, county, and state law-enforcement agencies, though the federal government can levy funding for agencies that meet its chosen requirements.

Weeks after the unsubstantiated claim alleging a promise by Biden, the president again suggested without specific evidence that his opponent was essentially a Trojan horse for progressive activists who want to downsize or completely abolish police agencies. "If you give power to Joe Biden, the radical left will defund police departments all across America," Trump claimed, while accepting the Republican Party's nomination in the race. (See a transcript of the whole speech here.)

Below, we focused on those allegations by the president, considering their frequent appearance in Trump campaign advertisements before the November 2020 election. Snopes relied on evidence to confirm or deny whether Trump was correct — that Biden at one point said he supports "defunding" U.S. law enforcement agencies nationwide.

First, let us define what "defund the police" means. Per The Associated Press:

Supporters say it isn’t about eliminating police departments or stripping agencies of all of their money. They say it is time for the country to address systemic problems in policing in America and spend more on what communities across the U.S. need, like housing and education.

[Advocates] want to redirect some funds now spent on police forces to items such as education, public health, housing and youth services. The idea is that low-income communities would become stronger — and less in need of police — if root problems were addressed.

Under this concept, some police officers would be replaced with trained social workers or specialized response teams in an effort to let police focus on violent crime, not drug overdoses or homelessness. The theory is that police would be better positioned to deal with rapes and murders if they were not required to deal with other social ills that sometimes lead to community confrontations with police.

Next, we analyzed media interviews, social media posts, and other statements by Biden's campaign for any reference to the above-described concept — that he said he agrees with "defunding" police departments, or protesters' calls to redirect funding from U.S. law-enforcement agencies to social services.

In June, Andrew Bates, a spokesman for Biden's campaign, told news reporters in a statement:

As his criminal justice proposal made clear months ago, Vice President Biden does not believe that police should be defunded. [...] Biden supports the urgent need for reform, including funding for public schools, summer programs, and mental health and substance abuse treatment separate from funding for policing, so that officers can focus on the job of policing.

Around the same time, Biden said in an interview with CBS News:

No, I don't support defunding the police. [...] I support conditioning federal aid to police, based on whether or not they meet certain basic standards of decency and honorableness. And, in fact, are able to demonstrate they can protect the community and everybody in the community.

Then, in a July interview with activist Ady Barkan, the question surfaced again. Barkan asked Biden if he was open to reducing responsibility on law-enforcement agencies to maintain public safety, and, as a result, redirect existing police funding into social services, mental health counseling, and programs to help people access affordable housing. An edited version of the exchange circulated widely on social media, showing Biden agreeing with Barkan and supposedly providing the proof Trump supporters were seeking. But according to the Washington Post, which obtained a full video of the interview, that shortened version of the interview was misleading. The news outlet reported:

[The edited] video does not include Biden adding that his response was not the same as “defunding all the police.” He also speaks about increasing funding for mental health, which is different from saying he would fund mental health aid out of redirected funds from the police. In effect, Biden appears to say he would condition aid on police reforms as an incentive on the one hand, while simultaneously providing additional resources for mental health, homelessness and other kinds of community support. (A Biden campaign aide confirms this is Biden’s position.)

Later, in an August interview with ABC's "Good Morning America," Biden reiterated that stance. Co-anchor Robin Roberts asked, "President Trump says that you want to defund the police. Do you?" Biden responded:

Then, in early September, Biden made that position clear in Kenosha, Wisconsin, about a week after two people were fatally shot and one person was wounded during a protest against police brutality. The Associated Press reported:

He also praised law enforcement, saying 'the vast majority of police officers are good, decent honorable women and men. They put on that shield every morning. They have a right to go home that night safely — the vast majority.' [...] Good officers, Biden said, 'want to get rid of the bad cops more than anybody else does, because it reflects on them.'

He stands by his proposals to overhaul policing — not to 'defund the police'— but to require local forces to agree to certain best practices to get federal funding and to invest more in services, such as mental health counseling, intended to ease social problems that fall to police to handle, sometimes with violent consequences.

In sum, Biden attempted to distance himself from left-wing politicians and activists calling to "defund the police" in 2020, and no evidence showed he supported their call to shift law-enforcement funding into programs or services that aim to combat the root causes of crime. Instead, the presidential candidate has called for increased federal spending on law enforcement, as well as the creation of new conditions to determine how agencies receive federal support. For those reasons, we rate this claim "False."

CBSNews.   "Biden Says Federal Aid To Police Should Be Based On Meeting 'Basic Standards of Decency.'"    9 June 2020.

Barrow, Bill and Will Weissert.   "In Kenosha, Biden to test his promise to unify the nation."    Associated Press.   2 September 2020.