Did Joe Biden's Great-Great-Great Grandfather Own a Slave? 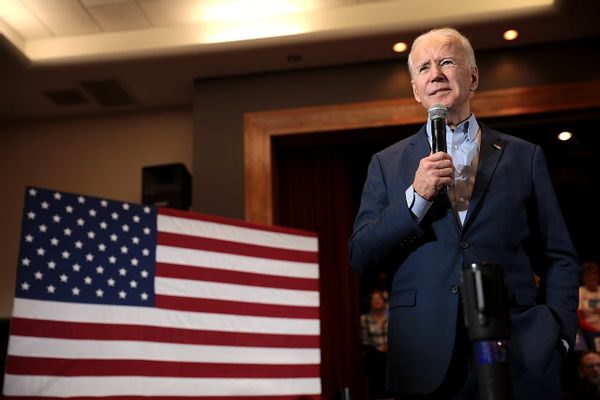 Biden had a great-great-great grandfather named Thomas H. Randle who was listed in the U.S. Census as living in Baltimore County's 1st district in 1850. This is the same name and district listed on an 1850 slave schedule of a man who owned a 14-year-old Black slave.

In June 2020, a specious rumor started circulating on social media about how Democratic U.S. presidential nominee Joe Biden's great-grandfather was a slave owner who fought in the Confederate Army. There was no truth to this claim. This rumor was circulated in the form of a meme that included a photograph of a Confederate soldier named Richard Young Bennett (no relation to Biden), misidentified the president's great grandfather as "Joseph J. Biden" (Biden's actual paternal great grandfather was George T. Biden), and baselessly claimed that this fictional person was a Confederate soldier and slave owner.

While that rumor was, and still is, false, it did cause some social media users to dig through Biden's family history to see if there were any familial links to slavery. In August 2020, we received a tip that Biden's great-great-great grandfather, a man by the name of Thomas Herbert Randle, was a slave owner.

The claim that Biden's great-great-great grandfather owned a slave is based on genealogy records from websites such as Ancestry.com and a slave schedule — a form used in the years 1850 and 1860 to enumerate the number of Black  slaves on the U.S. Census.

Alexander Bannerman, an honorary member of the Hereditary Society Community and the founder of the The Hereditary Order of the Families of the Presidents and First Ladies of America, told us that he had “no doubts” that Biden’s great-great-great grandfather was a slave owner.

According to genealogy sites such as Wikitree, Geni.com, geneanet.org, and wargs.com, a website that traces the ancestry of United States presidents and political figures, Biden had a great-great-great grandfather named Thomas Herbert Randle.

Randle was born in Baltimore County, Maryland, circa 1803, and would go on to marry a woman named Mary Ann Shoemaker. Randle, a farmer, had two children (at least), named William Thomas and Lydia Ann, the latter of whom married Joseph H. Biden.

According to the Maryland State Archives' "Legacy of Slavery" database, a "Thomas H. Randle" from Baltimore County reported owning a 14-year-old Black male slave in the 1850 federal census:

We accessed this record via Ancestry.com, and can confirm that a Thomas H. Randle is truly listed on this 1850 slave schedule.

Bannerman explained it is common for Americans with colonial-era roots on the continent to have ancestors who enslaved people ... For a person with colonial ancestry, Bannerman said, Biden’s ties to slavery were relatively modest. “Not a lot of ancestors, and not a lot of slaves,” he said.

Is Biden's Great-Great-Great Grandfather the Same Thomas Randle Listed on This 1850 Slave Schedule?

Bannerman told us that he had no doubts that the Thos. H. Randle (Thos is an abbreviation for Thomas) on the 1850 U.S. Census was the same Thomas H. Randle on the 1850 slave schedule. Bannerman noted that these government forms were recorded just 17 days apart by the same census taker, Samuel P. Storm, in the same district in Baltimore. Bannerman also looked at the listed relatives on these forms as well as the names that preceded and followed Randle’s name on the slave schedule to conclude that these Randles were indeed one and the same.

3)  With the census itself established to be the correct family, comparing the slave schedules for the same district enables us to draw a solid conclusion thusly:

Did Biden's Great-Great-Great Grandfather Have Servants?

In addition to owning a 14-year-old Black slave in 1850, Biden’s great-great-great grandfather also had servants. U.S. Census records from 1860 show that Thomas H. Randle had two “servants” named Peggy and Delia Malters, both Black women in their 40s. A 19-year-old Black “farm laborer” named Richard Savoy was also listed under Randle’s name. It should be noted that this document lists “free inhabitants” in the 13th district in Baltimore County, Maryland:

We don’t know the specific conditions about the relationships that these individuals had with Randle. While the people listed on this document were identified as “free inhabitants,” and while they may not have legally been considered slaves, people considered servants in the 1860s did not have the same freedoms as regular laborers.

PBS described the difference between an indentured servant and a slave as follows:

Servants typically worked four to seven years in exchange for passage, room, board, lodging and freedom dues. While the life of an indentured servant was harsh and restrictive, it wasn't slavery. There were laws that protected some of their rights. But their life was not an easy one, and the punishments meted out to people who wronged were harsher than those for non-servants. An indentured servant's contract could be extended as punishment for breaking a law, such as running away, or in the case of female servants, becoming pregnant.

Randle's daughter Lydia is not listed in the above-displayed image from the 1860 Census because by this time she had already married Joseph Biden (who spelled his name Byden). Lydia can be seen listed here alongside Joseph in the 1860 census.

To Sum Things Up:

In addition to owning a slave, Randle also had two Black servants and a Black farm laborer on the 1860 U.S. Census.  According to the census, however, these three individuals were considered "free inhabitants."

We’ve reached out to the White House in September 2021 for comment, but have yet to hear a response.

Update [21 September 2021} Article changed from Unproven to True after receiving additional information from a genealogist.