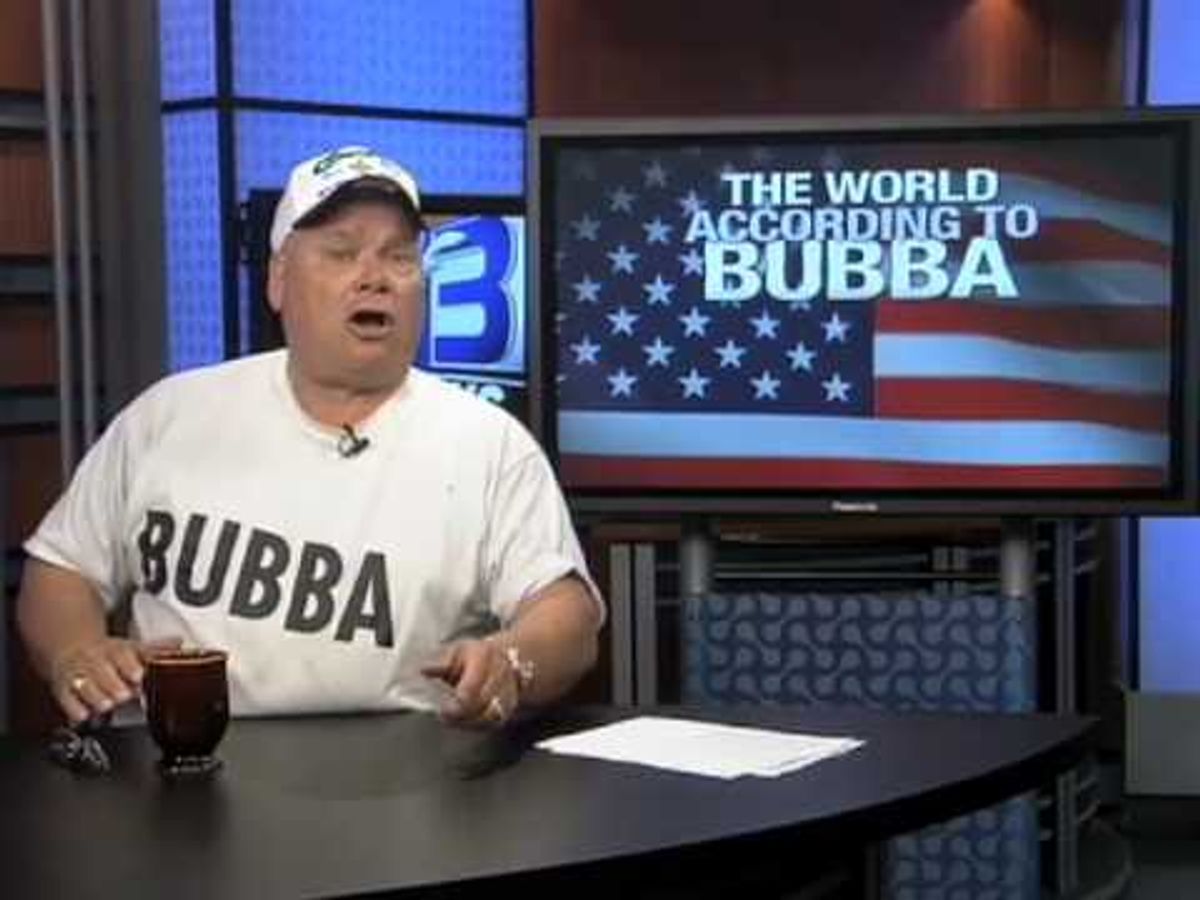 Toward the tail end of August 2004, we began to find this quote among the morning's e-mail as an increasing number of our readers thought to ask us about it. This simple-looking piece could be considered either true or false, depending on which of its versions and components the reader chooses to focus upon.

T. Bubba Bechtol claims ownership of this quote, but he is not a Pensacola City Councilman (part-time or otherwise), nor even a real person. Rather, "T. Bubba" is the on-stage persona of James Terryl Bechtol, a comedian who has appeared more than one hundred times at the Grand Ole Opry, the world's longest-running live radio show.

According to the 2 July 2004 entry in the Random Thoughts section of his web site, the comedic invention that is T. Bubba Bechtol claims the statement as his own, posting that he voiced it during a then-recent radio interview, after which he was asked to depart the premises even as the audience applauded the sentiment he'd expressed. (We do not know if there was such a radio appearance or if this is no more than another "Bubba" story.)

The character T. Bubba Bechtol did not originate the gist of the quote, however: Bechtol's statement is a repositioning of a mid-1990s comic bit by Nick DiPaolo about the debate over performing medical experiments on animals:

If hooking a car battery up to a monkey's brain will help find the cure for AIDS and save somebody's life, I have two things to say .... the red is positive and the black is negative.

Bechtol does repackage earlier comic offerings into new forms as part of his comedic style, as noted in the T. Bubba Bechtol FAQ:

Do you write your own material?

This is a tough one. I tell people all the time, that "I just repeat what I hear and see." My type and style of comedy lends itself to telling others what I think is funny about current events, people and even other comedians. I don't get angry when I hear someone, even other comedians "using my material", I'm actually proud of it. That is uncommon among comedians. If I hear something funny that I think will make people laugh, I repeat it with my own twist of humor to make it new and interesting.