Did Joan Crawford 'Enjoy 7 Inches (of Orange Juice) Every Morning'?

And did this vintage advertisement really feature a double entendre? 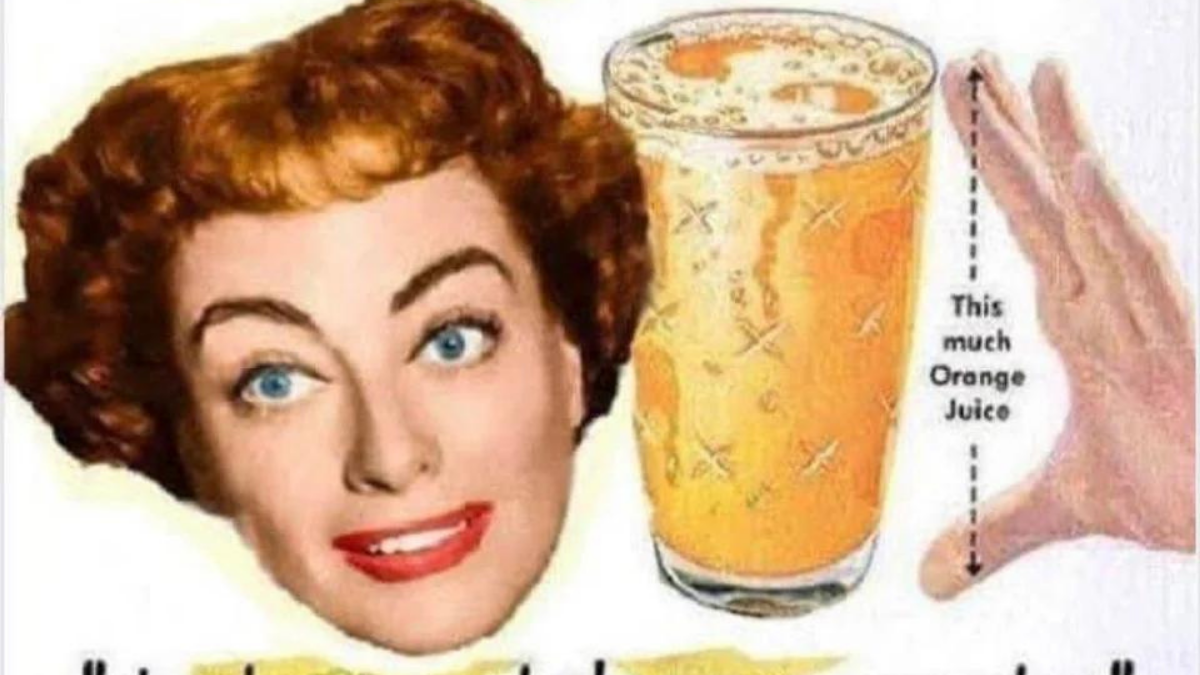 Claim:
A vintage ad for orange juice from the 1970s featured the slogan from actress Joan Crawford, "I enjoy seven inches every morning."
Rating:

In May 2022, an image supposedly showing a vintage ad for orange juice from the 1970s that featured actress Joan Crawford saying "I enjoy seven inches every morning" was recirculated on social media: This is not a genuine newspaper advertisement but a fake ad created by altering the images on a genuine vintage advertisement for orange juice from the 1950s, and then changing the original slogan to the sexually suggestive version shown above.

In the 1950s, the Florida Oranges Commission ran a series of advertisements in Life Magazine that encouraged people to drink more orange juice. These ads typically carried the slogan, "Drink This Much Florida Orange Juice Every Day" or "For the Vitamin C You Need Every Day": The fake "Joan" ad was created by altering one of these vintage ads. In the comparison below, you can see the remnants of the original's yellow bow below Crawford's face: We haven't been able to determine who created the fake Crawford ad. While we initially suspected this to be the work of Cris Shapan, a digital artist who has created similar fake vintage ads for Dickman's Horsefat Spread, Arden Wenus Meat Softener, Boned Rolled Pig, and Johnson's Winking Glue, we weren't able to find this artwork on his social media pages.

If you know who created this ad, please send us a tip.