Is the Owner of Jimmy John's a Big-Game Hunter? 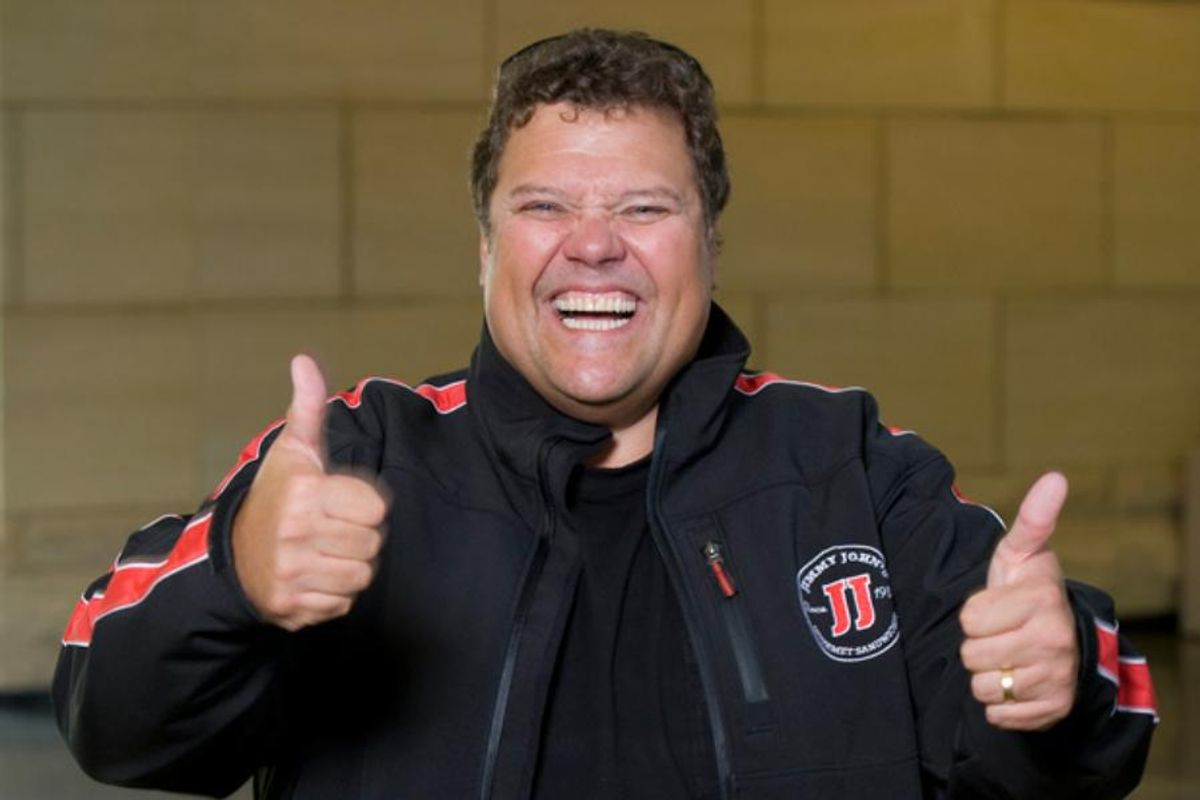 Two of the photos include an elephant and a leopard. The man pictured in these photographs (which are no longer available on the Johan Calitz Safaris' Facebook Page) certainly bears a striking resemblance to Mr. Liautaud, and according to Sporting Classics Daily the pictures date from a 2010 safari:

The founder and CEO of Jimmy John’s, a restaurant chain famous for the quick delivery of its products, is under fire for a 2010 African safari he participated in.

Jimmy John Liautaud took elephants, a rhino, and a leopard, along with plains game species — posing afterward for photos with a smile on his face and a thumbs up. Liautaud’s trophy hunting angered many and led to numerous calls for boycotts of his company. That anger has waxed and waned over the years as the photos have sporadically resurfaced, but the hunter began receiving consistent flak in the fall of 2015 after “Cecil” the lion’s death earlier that year.

The Hunting Report, a magazine that has been covering "high-quality big game hunting in North America and Africa" since the 1980s, has recorded several of Liautaud's hunts for animals such as wolf, Rhinoceros, deer, and Lynx.

The Hunting Report also has a record of Jimmy John Liautaud (although misspelled "Liaufand") going on a big game hunt in Botswana for elephant, buffalo, and zebra with Johan Calitz Safaris:

There is no evidence that any of the above-mentioned activity was illegal. Big game hunting is legal in many parts of the world, and some claim that it can be beneficial to conservation efforts. Johan Calitz Safaris, for instance, writes on their Facebook page that their safaris benefit local communities:

Conservation through sustainable utilization in cooperation with local communities and conservation organisations.