Is This a Selfie Jimi Hendrix Took with Jim Morrison and Bruce Lee?

You'll never be as cool as Bruce Lee and Jim Morrison chilling while Jimi Hendrix did anything. 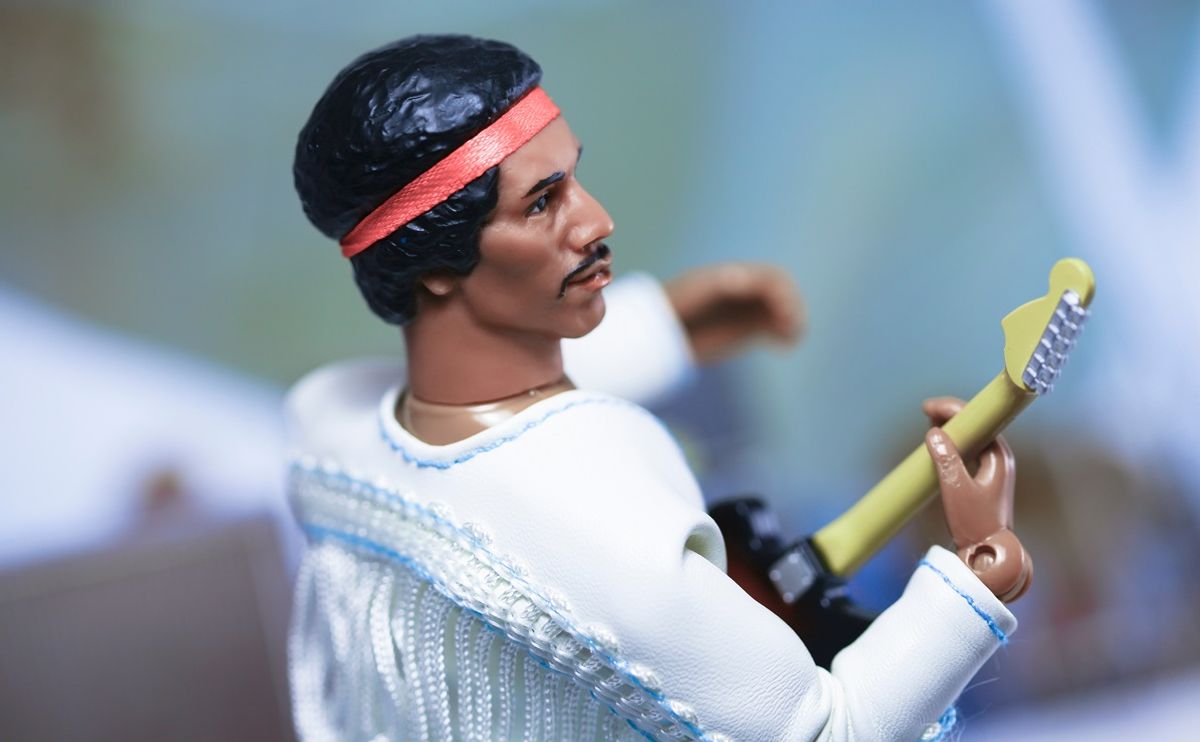 An image supposedly showing Doors frontman Jim Morrison, guitar wunderkind Jimi Hendrix, and martial arts master Bruce Lee sitting together on a couch is frequently shared online with humorous captions about the amount of cool contained within one photograph: While some viewers may consider Jimi Hendrix, Bruce Lee, and Jim Morrison to be the epitome of 1960s cool, that cool is not captured in this picture of the trio together on a couch, because this image is actually a composite of at least three separate photographs.

The base photograph for this digital montage was taken by Gloria Stavers, the editor-in-chief of 16 magazine, in the late 1960s. While we haven't been able to pinpoint the exact source for this photograph, similar images of Morrison on the same couch and in the same outfit can be found on various auction sites, where they are attributed to the teen magazine journalist: We aren't sure exactly where and when the photographs of Bruce Lee and Jimi Hendrix were taken, but it's clear that they weren't sitting on a couch with Jim Morrison at the time. Here's a collage showing all three of the original photographs: