Was Jim Carrey Trained by a CIA Torture Expert on Surviving Grinch’s Makeup?

The comedic actor described the makeup like being “buried alive.” 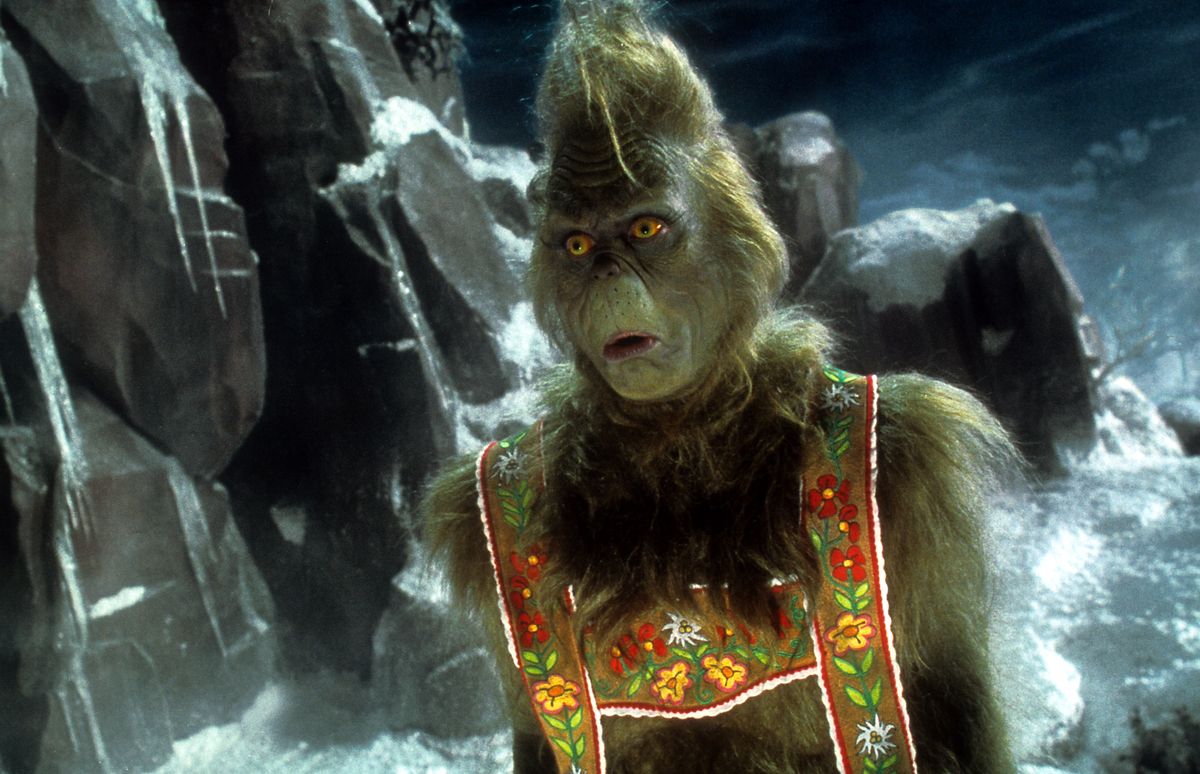 Claim:
The producer on "How the Grinch Stole Christmas" had to hire a CIA torture expert to help Jim Carrey endure the makeup and costumes of the titular character.
Rating:

Some movies require extreme levels of training from their actors, but the 2000 film "How the Grinch Stole Christmas" took this to a surprising level. Lead actor and comedian Jim Carrey reportedly had to endure so much makeup, costuming, and prosthetics to play the role of the furry green Grinch that he told his director and producer he couldn't take it anymore. Their solution? Hire a CIA expert in torture resistance to train him.

According to the Twitter post below: "The CIA trained Jim Carrey to withstand torture in order to endure the make-up process for 'How the Grinch Stole Christmas' (2000)."

The man brought in was described by the producer of the film as more of a "CIA specialist" who trained spies. Carrey himself recounted this story in an interview with television host Graham Norton several years ago, adding that the makeup was put on him around 100 times, and on the first day it took roughly eight hours:

According to Carrey: "Literally the makeup was like being buried alive everyday. [...] I went back to my trailer and put my leg through the wall, and I told [director] Ron Howard I couldn't do the movie. Then [producer] Brian Grazer came in, and being the fix-it man, came up with a brilliant idea to hire a gentleman who is trained to teach CIA operatives how to endure torture. And so that's how I got through 'The Grinch.'"

He elaborated on the techniques he learnt to withstand wearing the makeup: "[The expert] said eat everything you see and if you are freaking out and you start to spiral downward, turn the television on, change your pattern, have someone you know come up and smack you in the head, punch yourself in the leg, or smoke, smoke as much as you possibly can."

Grazer, the producer behind the film, also recounted the experience in a story for The Daily Beast:

I have a particular curiosity about the world of intelligence, spies, terrorism, and counter-terrorism. As we were frantically trying to fix our Grinch problem, a curiosity conversation I'd had suddenly popped to mind. One of the CIA people I'd talked to years before specialized in training U.S. agents to survive torture if they were captured.

We had an actor being held prisoner by his costume—he was being tortured by his makeup. Maybe the CIA specialist could teach Jim Carrey to survive the green Grinch makeup the way he'd taught spies to survive hostile interrogation?

We flew the CIA specialist in on a Friday, and he spent the whole weekend closeted with Jim. He taught Jim all kinds of techniques for distracting himself, for creating mindsets that allowed him to ignore and work through the discomfort.

Years later, Jim described those sessions as "quite hilarious." But they worked. Jim came back to the set, he put on the Grinch makeup 100 times— every day for months. "I just kept telling myself, 'It's for the kids! It's for the kids!'"

Given that both Carrey and Grazer have verified this story, we rate this claim as "True."

Hollings, Alex. "How the CIA Trained Jim Carrey to Endure Torture so He Could Play the Grinch." Business Insider, https://www.businessinsider.com/cia-trained-jim-carrey-to-endure-torture-to-play-grinch-2020-10. Accessed 14 Dec. 2022.