A fake news article reported that actor Jim Carrey had died in a snowboarding accident. 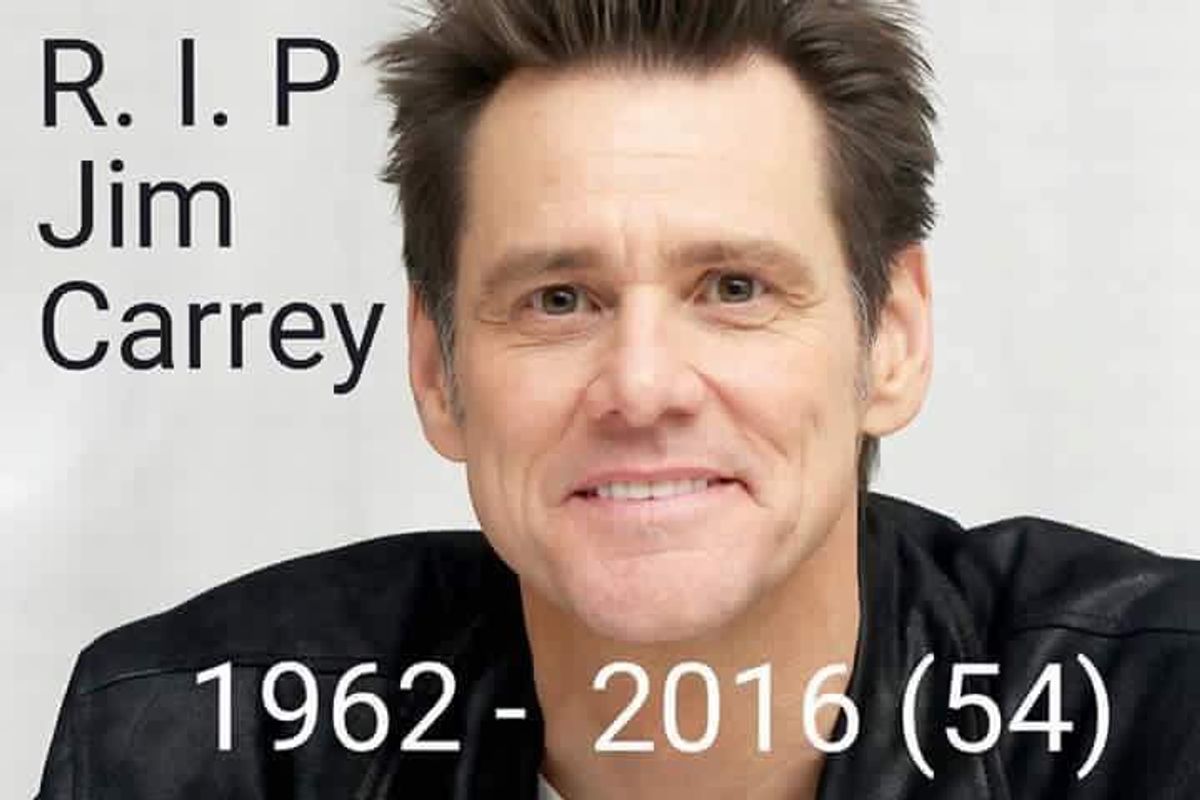 In April 2016, an unsubstantiated rumor began circulating online that actor/comedian Jim Carrey had passed away. It's unclear where this rumor originated: Most of the messages regarding the death hoax on Facebook focused on the above-displayed image or an "R.I.P Jim Carrey" Facebook page that has been posting messages about the actor's alleged death since 2013:

Tuesday, our beloved actor Jim Carrey passed away due to a fatal plane crash. Jim was born on January 17, 1962. He will be missed but not forgotten. Please show your sympathy and condolences by commenting on and liking this page.

These messages exhibit the common traits of "like farming" scams, originating with Facebook pages that post sensational photographs and messages along with requests for "likes" in order to appear more credible to Facebook's algorithms:

One reason is "like-farming." Facebook's algorithms in particular emphasize popular content, and therefore gathering "likes" and "shares" receives a high premium. Sometimes, it's just an annoyance — maybe that kid really does want a hundred thousand "likes" so that a Victoria's Secret model will go to a school dance with him, so he's inundating people with appeals (although that's doubtful at best) — but more often, the intent is scammy. Like-farmers will gather clicks, which denote popularity, then scrub the original content and replace it with something else (usually a scammy ad of some sort) to bypass Facebook constraints. Facebook has moved to quash this behavior by adjusting their algorithms, but of course, some scammers' efforts always get by the online gatekeepers.

The image shown above, stating that Jim Carrey passed away in 2016, was also frequently attached to a claim that the actor died in a snowboarding accident. In fact, this "snowboarding accident" rumor has been circulating since 2012, when it was published by the death hoax rumor mill "Global Associated News."

The Jim Carrey death hoax may have sprung from a strange posting on Necropedia web site: as of this writing (30 April 2016), Necropedia states that Jim Carrey passed away on the future date on 1 May 2016: Jim Carrey himself is still very much alive and working on new projects.