An old photograph of Jill Stein was used to claim that the Green Party presidential candidate had been arrested for using "recount funds" to host a "marijuana dinner party." 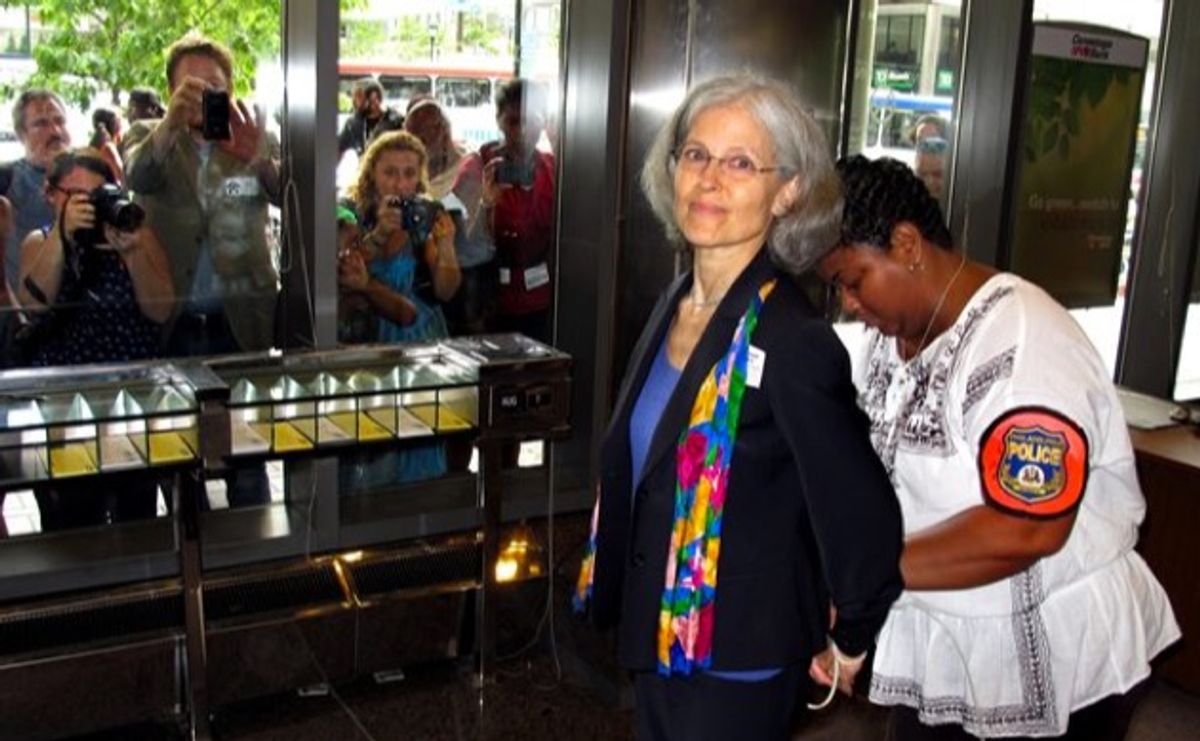 Claim:
Jill Stein was arrested and charged with embezzling money raised for 2016 recount efforts in order to throw a "marijuana dinner party."
Rating:

On 27 November 2016, the web site The American Tribune published an article reporting that Green Party candidate Jill Stein had been arrested for "embezzling" money donated to her to fund a recount of 2016 general election votes:

In yet another crazy turn of events this election season, Green Party's Jill Stein was arrested following a speech in Los Angeles this Saturday. Investigators received a tip from an anonymous source that Stein had hosted a "marijuana dinner party for ... some of the richest liberals in Los Angeles."

When asked for comment, representatives for Jill Stein refused to respond. A spokesperson for the LAPD only said that they are "taking the case very seriously, and will update the public with any major announcements."

President-Elect Donald Trump was quick to call out "two-face Stein" for her "rude scheme" to "gyp the whiny liberals!" As of now, the guest list for the dinner party, which purportedly cost Stein $75,000, has not been released. It is unclear whether Stein obtained the marijuana legally or not -- chances are some legal shortcuts were taken to supply a large amount of cannabis for an event where medical licenses were not verified.

If found guilty, Stein faces fines of up to $5 Million (ironically, the amount raised for the recount), and a sentence of up to 2 years in prison.

An "About" page linked in The American Tribune's footer disclaimed:

The American Tribune provides a satirical view of current events. Our articles should be taken with a grain of salt.

Our articles are a parody of the terrible news coverage in 2016 and beyond.

A reverse image search led to a page (which has since been disabled) on the official Green Party web site, bearing the caption:

Photos from arrest [of Jill Stein] at the Conestoga Bank next to Fannie Mae August 1, 2012.

The clothing worn by Jill Stein and the image's August 2012 date matched a separate photograph documenting her arrest while protesting banking practices in Philadelphia: