The first lady was visiting the first headquarters of the United Farm Workers union. 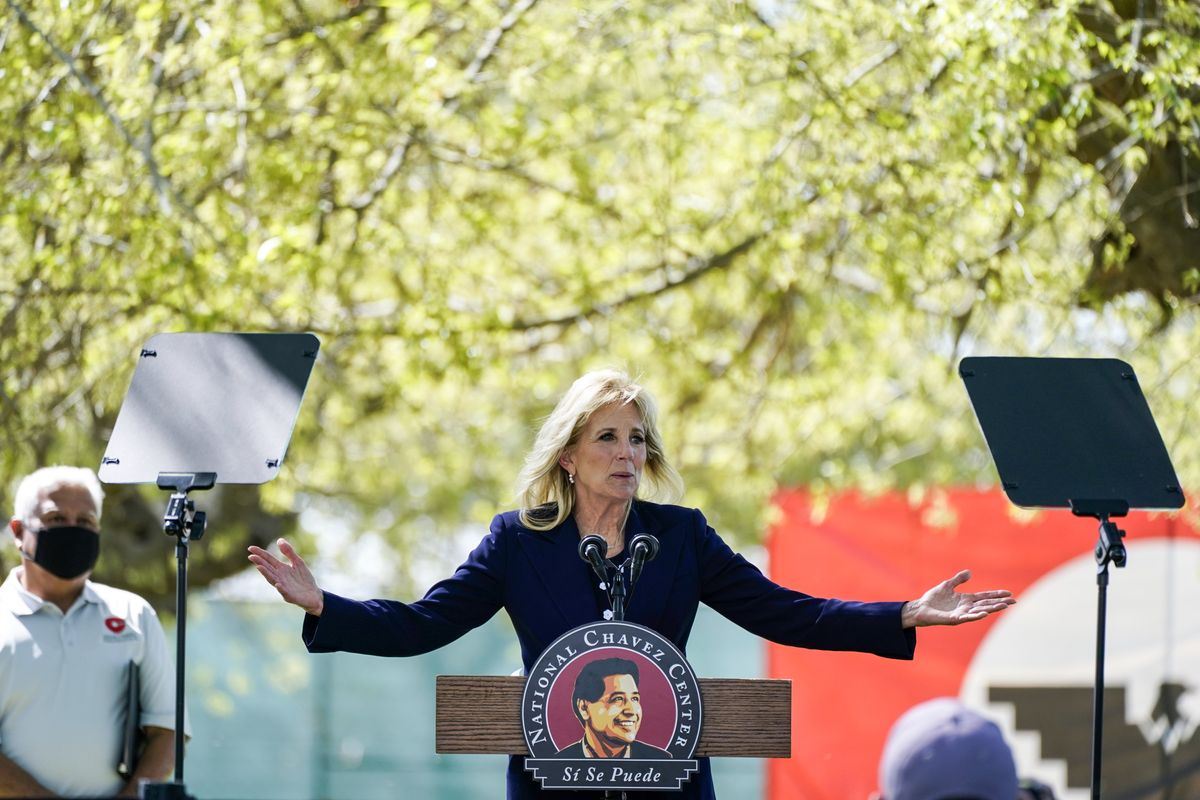 First lady Jill Biden has many accomplishments, but speaking Spanish may not be one of them.

On March 31, 2021, she visited the Forty Acres in California, a vaccination site and a National Historic Landmark that became the first headquarters of the United Farm Workers of America (UFW), a labor union for farm workers across the country. That day, she was also honoring César Chávez, a UFW leader and civil rights activist who died in 1993.

At the end of her speech, she said, “Cesar Chavez understood that no matter the obstacles, when people come together united in a cause, anything is possible. Yes we can. Si se puede!”

“Si se puede (see-say-PWAY-day),” which translates roughly to “yes, it can be done” or "yes, we can," was the rallying cry for the UFW in the 1970s when it was advocating for working class Latinos and the rights of farm workers.

But Biden mispronounced the phrase as “see-say-PWOD-day” as she was closing out her speech. She can be heard mispronouncing it at 2:29 at the end of the video.

It should be noted that this was her third use of the phrase in the same speech, and she mispronounced it only the third time she said it. The correct pronunciation of the phrase can be heard in the video below:

This is not the first controversy that emerged from that speech. Many also claimed that Biden was standing in front of a Nazi-inspired flag, a story we previously debunked.

Given the evidence of her mispronunciation, we rate this claim as “True.”