Memes are not the best source for factual information. 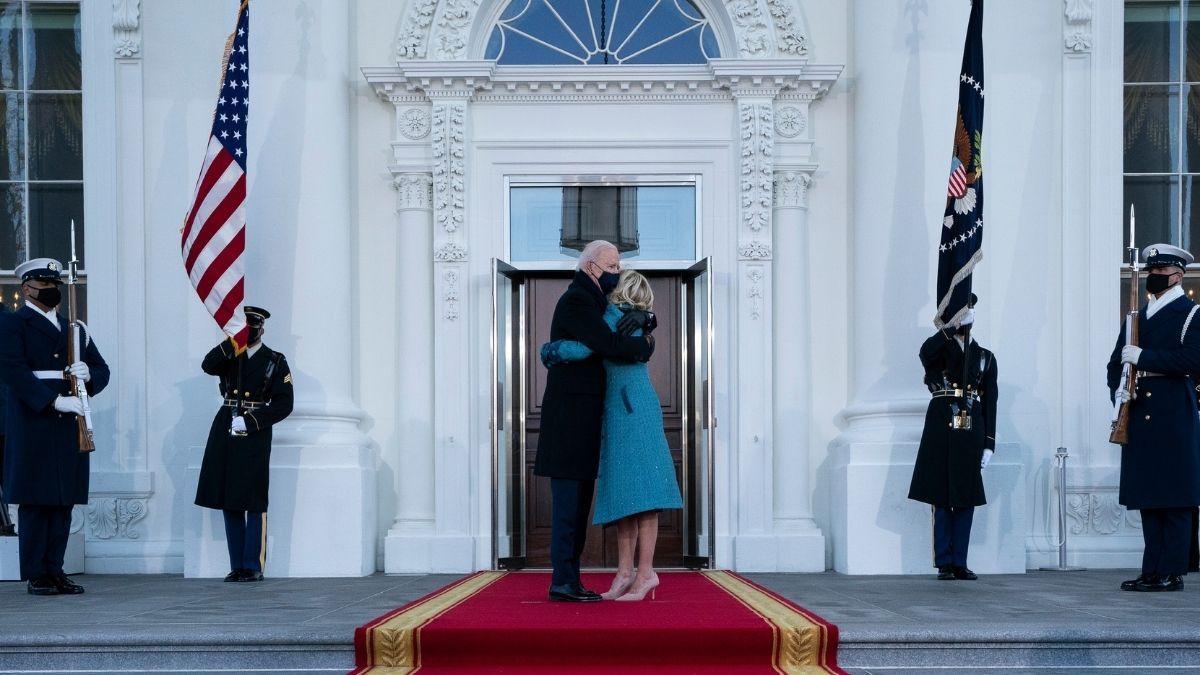 The story of how U.S. President Joe Biden and first lady Jill Biden met is a relatively simple one: They were set up on a blind date by the president's brother in March 1975. On social media, however, some users claim that the pair had a more sordid history.

A February 2021 Facebook post, for instance, claimed that Jill was working as a babysitter for Joe and his family when the pair first met. This post falsely alleges that Jill was underage, and insinuates that their relationship began while Joe was still married to his first wife. Jill was not the Biden family babysitter, and she did not start dating Joe until she was in her 20s.

The above-displayed photograph is genuine, but it does not show Jill at 15 years old. This photograph was posted to the first lady's own Instagram account in August 2020, and was accompanied by a caption that indicated that this picture was taken circa 1975. The Biden campaign dated the photo to 1976.

At the time, Jill would have been approximately 24. Joe would have been about 33. Biden's first wife, Neilia Hunter Biden, passed away in a car crash three years before this photograph was taken.

The Bidens were married in 1977. A newspaper article published in the Delaware's The Morning News recounts the beginnings of their relationship. According to this report, the future first couple were set up on a blind date by Biden's brother Frank. 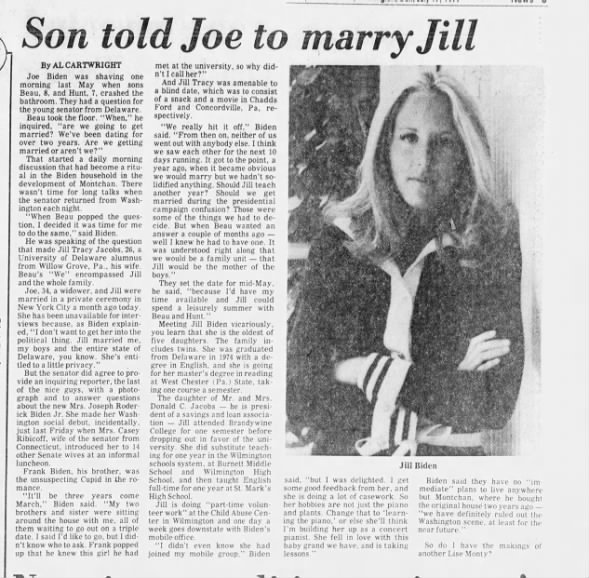 The claim that Jill and Joe Biden first met when Jill was 15 and working as a babysitter for the Biden family is completely unfounded. In reality, the pair met in 1975, after the death of Biden's first wife, and while Jill was a student in her mid-20s.

Updated [22 September 2021]: Added additional information about the date of the viral photograph.