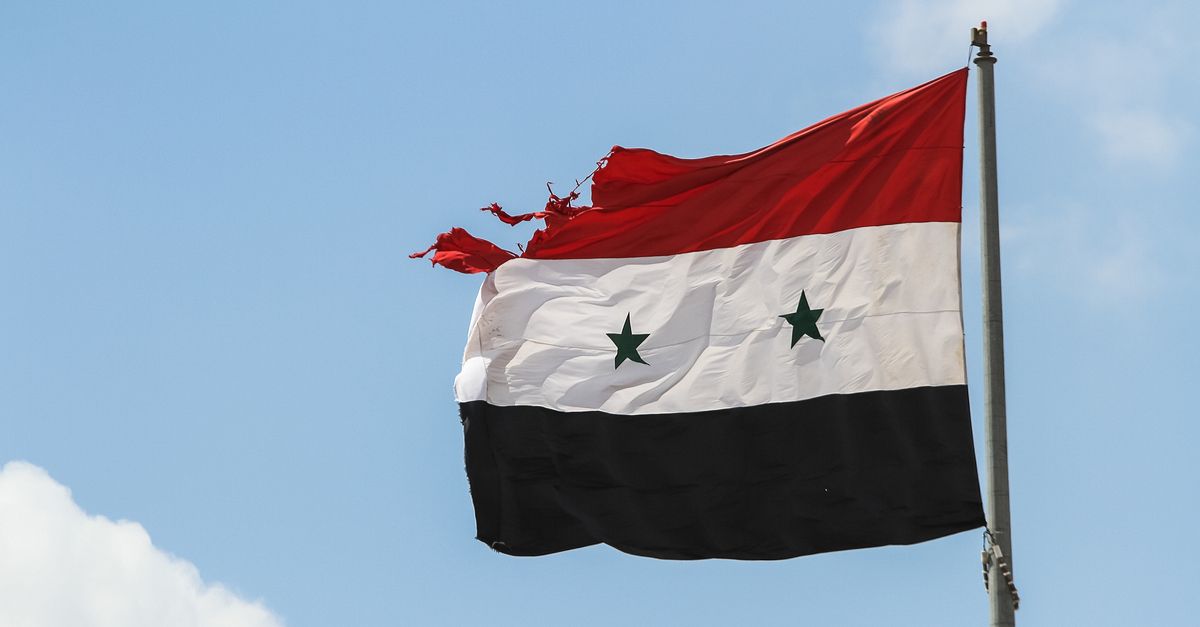 Claim:
A video shows 'jihadi' parents bidding farewell to their two children before one of them blew herself up in a suicide bomb attack.
Rating:

A suicide bomb attack in Damascus reportedly took place in which the attacker was a young girl.

No official identification that the Damascus bomber was one of the children seen in a viral video has yet been made.

A grim video circulated online purports to show extremist parents sending their two little girls off on a suicide bombing mission in Syria:

The video was accompanied by music and a black flag with white Arabic script, which appeared to be the flag of Jabhat Fatah al-Sham (JFS), formerly Al-Nusra Front, an organization classified as a terrorist group by the U.S. government. The British publication The Independent stated the man in the video was Abu Nimr, "a well known JFS rebel."

According to Reuters, Syrian state television reported that a young girl, aged about 9, blew herself up on 16 December 2016 at a police station in the Al-Midan neighborhood of the Syrian capital, Damascus. Three victims were injured, and only the girl was killed. While it's been widely speculated she was one of the children seen in the video embedded above, no official identification has been made.

In the video, a woman who is presumed to be the girls' mother hugs them, and a man can be seen prompting the girls, named Fatimah and Islam, with statements such as: "You want to surrender so that you're raped and killed by the infidels? You want to kill them, no? We're a glorious religion, not a religion of humiliation, isn't that so darling? You won’t be scared, because you're going to God, isn't that right?"

The Arabic news station Al Arabiya reported that Syrian activists had verified the father in the video as Abu Nimr and claimed the video was authentic. That outlet also posted a chilling note in floral script, which it reported to be a last will written by one of the girls.