Was JFK Jr. a U.S. Senate Frontrunner Before His 'Suspicious' Plane Crash?

John F. Kennedy Jr. was not a candidate in New York's U.S. Senate race before dying in a July 1999 plane crash, clearing the way for Hillary Clinton to win the seat. 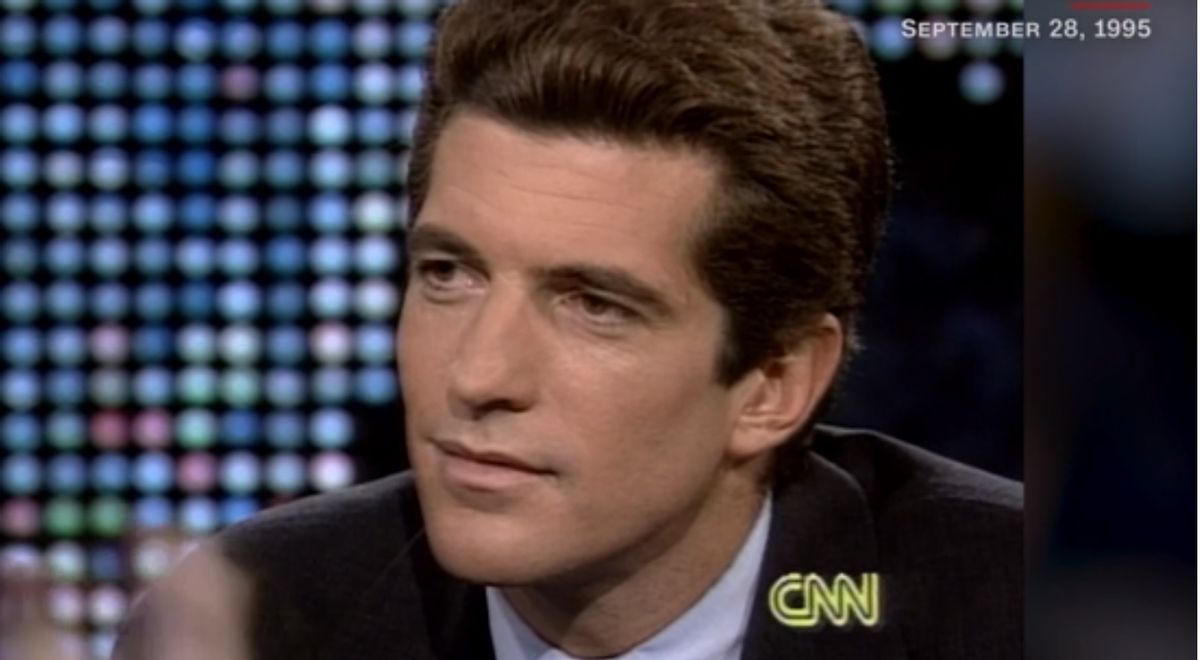 Claim:
John F. Kennedy Jr. was a frontrunner for a U.S. Senate seat from New York just before he was killed in a suspicious plane crash in 1999.
Rating:

John F. Kennedy Jr. was a popular public figure from his childhood until he died in a plane crash at the age of 38 in 1999. While there is never a shortage of conspiracy theories surrounding the Kennedys, or for that matter, the Clintons, an unfounded rumor circulating in political circles during the 2016 presidential election claimed that John-John was on the cusp of a successful U.S. Senate bid until Hillary Clinton threw her hat in the ring — with the insinuation that Kennedy was killed to clear the way for her candidacy: There is no evidence that Kennedy had definitively decided to stage a U.S. Senate run in 1999 in the face of Hillary Clinton's similar interest in the New York seat. Days after Kennedy's 16 July 1999 death, the New York Daily News ran a story quoting two unnamed friends of Kennedy's who stated that Kennedy had mulled over running for the seat about to be vacated by retiring Senator Daniel Moynihan but had already dropped the idea when Hillary Clinton also expressed interest in it:

Earlier this year, in one of the best-kept secrets in state politics, Kennedy considered seeking the seat of retiring Sen. Daniel Moynihan in 2000, friends confirmed. The idea became moot once First Lady Hillary Rodham Clinton signaled her interest in running, but the two friends said they expected the son of the slain President eventually would have jumped into politics as a candidate.

The friend who expected Kennedy to seek office in the "foreseeable future" also told of speaking with Kennedy earlier this year about the Moynihan seat. "I asked him was he casually thinking about it, or was he serious. He sort of said, 'I'm not sure. Let me think about it.

But the second friend called Kennedy's interest "pretty serious," adding: "I think he was intrigued by the idea ... Would he have decided in the end to go for it? I don't know. But he was clearly thinking about it. He talked to a few people about it. Then the Hillary thing ended it pretty quickly.

Clinton won the Senate election on 7 November 2000, beating Republican Rick Lazio more than a year after Kennedy Jr. was killed along with his wife, Carolyn Bessette Kennedy, 33, and his sister-in-law, Lauren G. Bessette, 34, in the crash of the single-engine plane he was flying to Martha's Vineyard.

The implication that the Clintons had somehow engineered the death of Kennedy Jr. to prevent him from challenging her in her first bid for elective office is contradicted by the National Transportation Safety Board's (NTSB) report on the accident, which assigned the probable cause to pilot error:

The pilot's failure to maintain control of the airplane during a descent over water at night, which was a result of spatial disorientation. Factors in the accident were haze and the dark night.

There was nothing suspicious about the circumstances of the crash. Kennedy was an inexperienced pilot, and he chose to take his plane up despite questionable weather that caused haze to obscure the view of the horizon. The New York Times reported in 2000 that one of his instructors had offered to accompany him on the flight, but he declined. Kennedy only had about 72 flying hours logged without an instructor at the time of the accident:

Weather reports on the night of the crash — July 16, 1999 — cited haze or mist and visibility as low as four miles. Pilots who flew over the Cape Cod-Martha's Vineyard area that night reported serious haze; one told investigators he had flown over Martha's Vineyard and thought there was a power failure on the island, because he could not see any lights.

It's not inconceivable that the Kennedy family at one time eyed the seat being vacated by Moynihan. JFK Jr.'s death seemed to put a final nail in the coffin of the Kennedy myth known as "Camelot" and the family's political star power, but a 25 July 1999 Washington Post article on the family's future political prospects suggested that his cousin, Robert F. Kennedy, Jr. (who did not "conveniently" die), had been approached about entering the New York senatorial race:

But there are suggestions — among liberal Democrats it is a fervent desire — that [Joseph P. Kennedy II's] brother Robert F. Kennedy Jr., 45, might become a candidate. The environmental lawyer from the Hudson River Valley has some of the electricity of his martyred father, and has said in the past that he could be interested in being governor of New York. According to one Kennedy insider, leading Democrats unsuccessfully approached RFK Jr. to run for the Senate seat being vacated by retiring Sen. Daniel Patrick Moynihan.

John Kennedy Jr. had won the nation's heart when at two years old he was seen on camera saluting his father's coffin during the nationally televised funeral procession after President Kennedy's November 1963 assassination. Nicknamed John-John, he grew up handsome and charismatic and was thus seen as a potential heir to the family's glory days of political influence and celebrity.

While his death was untimely and no doubt a tragedy, it was ruled an accident. And though Kennedy may have been personally popular and polled well, it is misleading to describe him as a "frontrunner" in a Senate race in which he was never actually a candidate.