Did JFK's Inaugural Parade Include Columns of Tanks?

Digging into this viral meme was a tankless task. 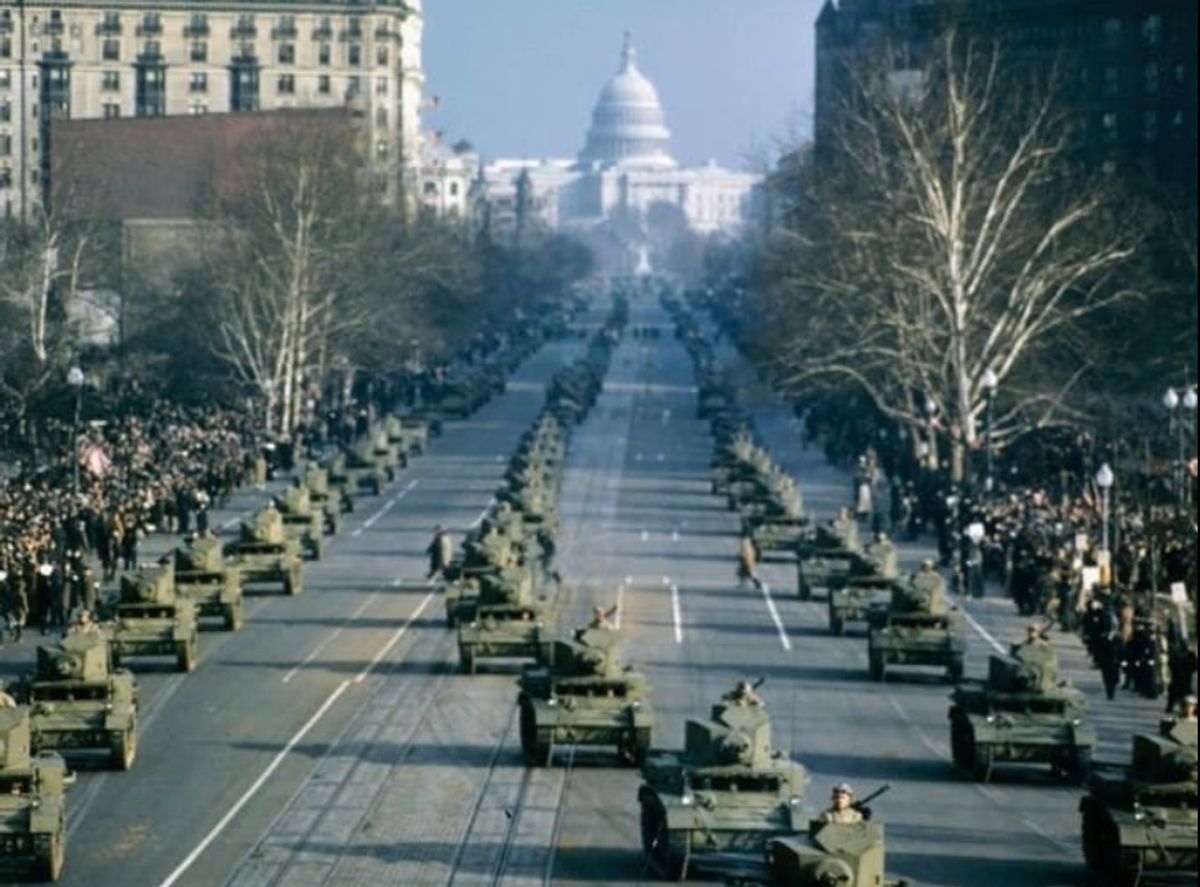 The Trump administration's "Salute to America" Fourth of July parade in Washington, which featured tanks and other military equipment, was the subject of a good deal of controversy on Independence Day in 2019. Many critics of the idea maintained that staging a parade with military weaponry in the nation's capital during peacetime was too reminiscent of Soviet Union-like practices and was not befitting a country such as the United States, while others pointed out that the inaugural parades of previous presidents such as Eisenhower and Kennedy had included military hardware.

Amidst that contretemps, the White Star Republic Facebook page posted a photograph of long columns of tanks in the streets of Washington, D.C., with a text overlay asserting that "Nobody complained about JFK's inaugural parade":

As noted above, JFK's January 1961 inaugural parade did include some weaponry, including tanks, captured in film and photographs of that day's festivities: However, the color photograph used by the White Star Republic Facebook page showing long lines of tanks with the U.S. Capitol in the background didn't originate with Kennedy's inaugural. It can be found in a "curated collection of photography from the National Geographic archives" hosted on Tumblr, which that publication started in 2013 to honor their 125th anniversary and "showcase photographs that reveal cultures and moments from our past."

There, the picture is accompanied by a caption identifying it as dating from the 1940s, long before the election of John F. Kennedy to the presidency: