A photograph purportedly taken during the JFK assassination is actually from a re-enactment of that event staged for a 1977 television movie. 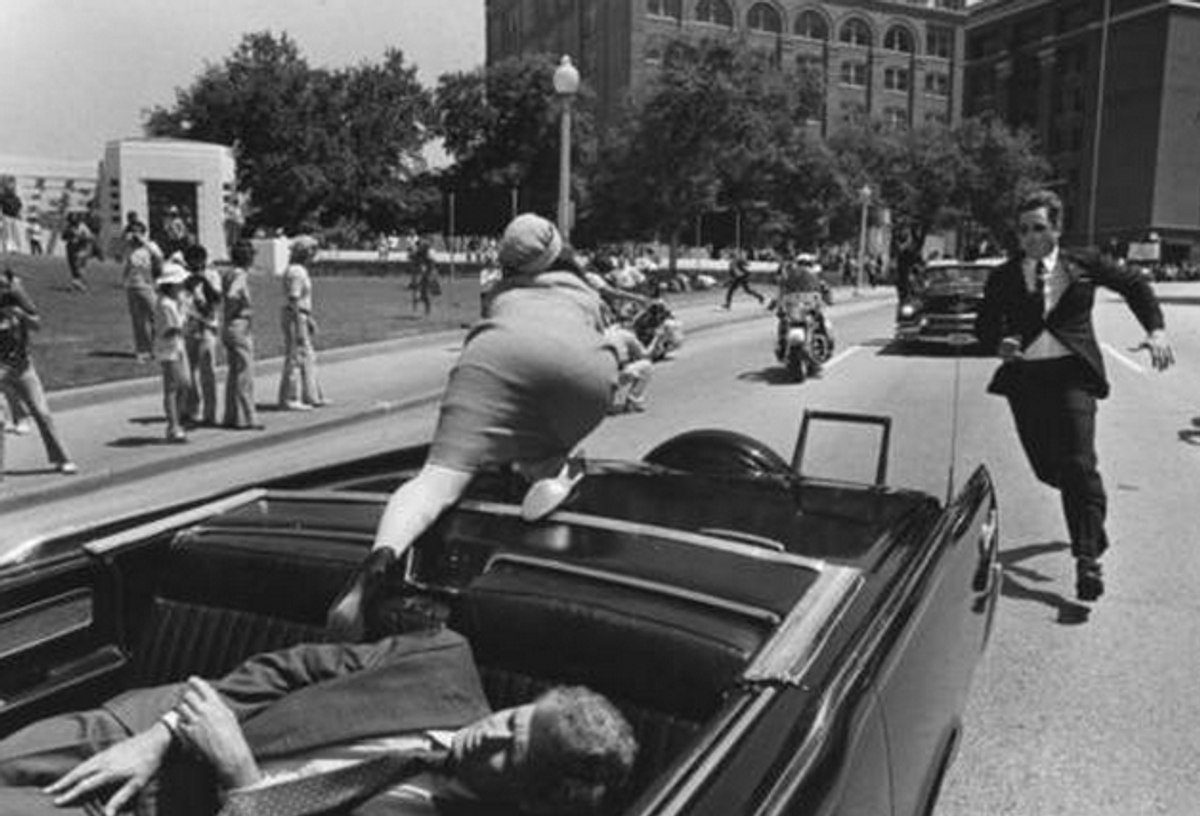 Claim:
A photograph shows Jackie Kennedy reaching for help in the moments after President John F. Kennedy was assassinated in 1963.
Rating:

Since at least 2014, several Twitter accounts that specialize in old photographs, such as @OldPicsArchive and @HistoryInPics, have been sharing the above-displayed image as an authentic photograph of former first lady Jackie Kennedy reaching for help in the moments after her husband, former President John F. Kennedy, was assassinated in Dallas in November 1963. This image is realistic in depicting how Jackie Kennedy reached out across the back of the presidential limousine as her husband was shot (while Special Agent Clint Hill rushed to her aid), as captured in the famous Zapruder film of the event: Although the picture at the head of this page may be realistic, it isn’t real: No reporter or onlooker was in a position to have taken a shot like that, from the vantage point of the roadway, right alongside the presidential limousine. This photograph was taken in conjunction with a reenactment of the assassination  staged for "The Trial of Lee Harvey Oswald", a two-part ABC television movie produced in 1977.

The three people seen in this photograph are not JFK, the former First Lady, nor Hill, but rather actor Don Gazzaway, actress Christine Rose, and stuntman Larry Hill, as described in a press release issued to promote the 1977 TV movie:

Secret Service agent Clinton Hill (stuntman Larry Hill) rushes to get Jacqueline Kennedy (actress Christine Rose) back into the car after her husband President John F. Kennedy (actor Don Gazzaway) was shot by an assassin. The action was all part of a made for TV reenactment movie being filmed in Dallas. (UPI Photo/Files)

This article was updated to meet Snopes' current formatting standards on Sept. 1, 2022.