Is This a Military Pilot's Selfie Taken During a Stadium Flyover?

A claimant for the title of "greatest selfie ever taken." 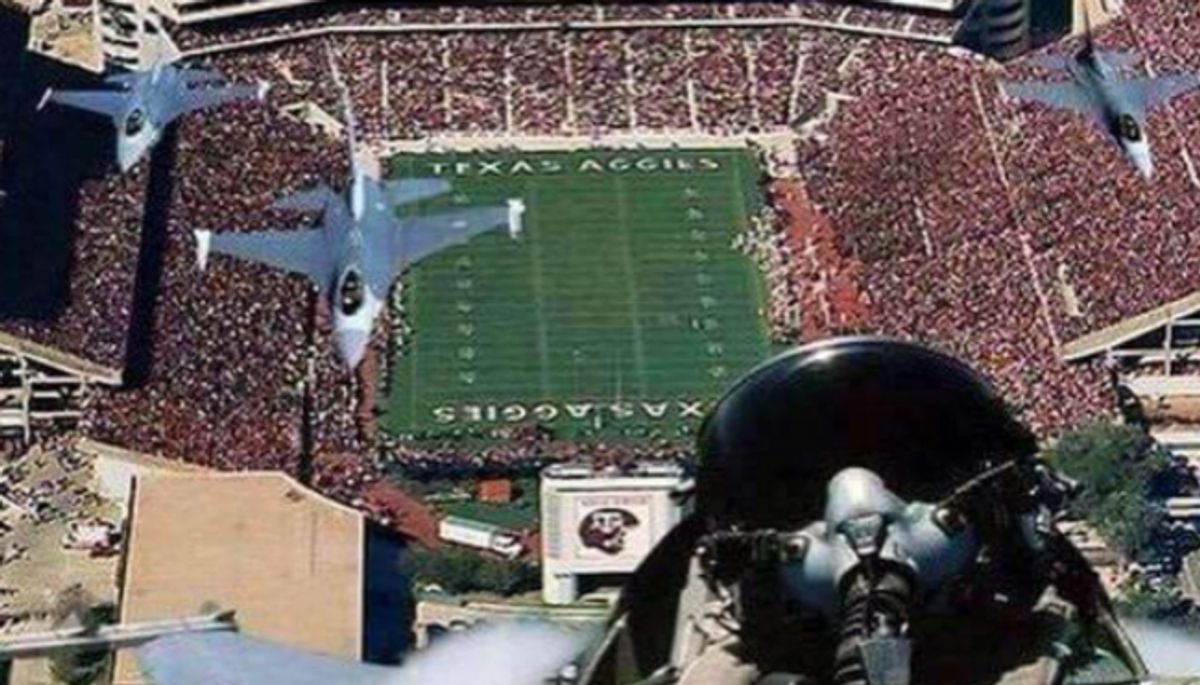 Claim:
A photograph shows a pilot taking a selfie over a football stadium.
Rating:

A photograph purportedly showing a pilot taking a selfie while completing a flyover over Kyle Field, the football stadium located on the campus of Texas A&M University in College Station, Texas, has been circulating online since at least 2004. Although this image is frequently shared under a title declaring it the "greatest selfie ever taken," the photograph is a fake: Several aspects of the image reveal its composite, manipulated nature. For one, the three jets flying behind the pilot taking the selfie appear to be slightly transparent, a feature not standard in military jets. Also, the selfie-taking pilot in the foreground should be protected by some form of canopy or cockpit shield, but none is visible in the image. Lastly, a photograph (taken from a blimp) lacking any jets obviously served as the background for this composite image: This image may have been an attempt to recreate a real event. According to the Aggie Network, four F-16 Falcons flew over Kyle Field on 26 November 1999 in remembrance of twelve people who died when the traditional annual "Aggie Bonfire" collapsed. The image was possibly created to commemorate that flyover: