Is California Governor Jerry Brown 'Caught in the Middle' of a Corruption Investigation?

A conservative-leaning website strained to connect Brown to a probe he personally ordered. 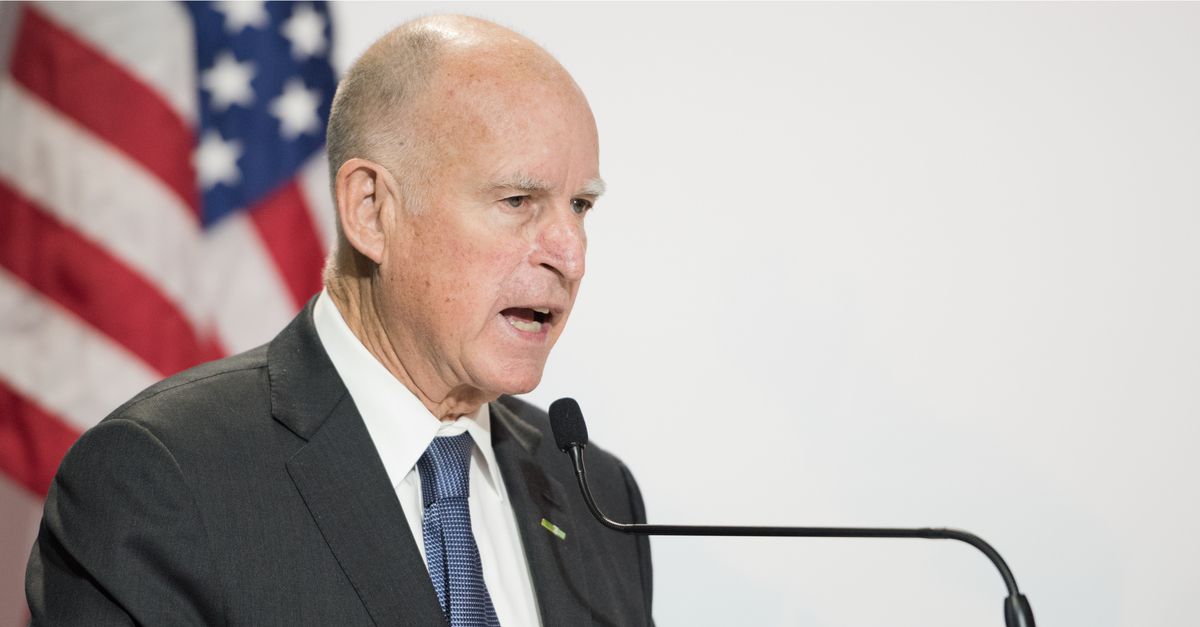 Claim:
California's governor is under investigation for possible corruption.
Rating:

On 17 April 2017, the web site consjournal.com published a story purporting to link California Governor Jerry Brown to a corruption investigation.

However, the story didn't stand up to the barest of scrutiny. The headline said that Brown was "caught in the middle of a $60 billion corruption investigation," a premise that is undermined by the sources it cites, each of which states that Brown ordered the probe into the state Board of Equalization — but he was not the subject of the investigation.

One of those sources, a March 2017 Sacramento Bee story, identifies the focus of the identification, which was spurred in part by an audit of the department:

The report’s authors say they found well-paid tax auditors on “parking lot duty” at a promotional event, a steep rise in spending on activities that do not appear connected to taxes, and misleading information provided to lawmakers.

The audit takes particular aim at board member Jerome Horton, finding that he has reassigned public employees to work for him, arranged events that strayed from the agency’s mission and opened a call center in his district without securing the consent of his fellow elected leaders. Horton has defended his outreach events as a way to reach large numbers of taxpayers.

The following month, Brown asked the state Justice Department to investigate the department, which collects an estimated $60 billion a year from more than 30 types of taxes, including fuel for motor vehicles and jets; alcoholic beverage taxes; and taxes on cigarettes and tobacco products, among others. It functions independently of the state Franchise Tax Board, which collects personal income taxes, and the Employment Development Department, which focuses on payroll taxes.

A separate audit conducted in November 2015 found that board staffers incorrectly sent nearly $47.8 million in taxes to the state general fund. California State Controller Betty Yee undertook the review after noticing "irregularities" in the fund.

Besides ordering an investigation into the board, Brown said in a letter to its members that he had barred it from hiring "key personnel", and restricted its ability to issue contracts without outside approval.

California State Board of Equalization.   "File a Return – Other Special Taxes & Fees."   Accessed via http://www.boe.ca.gov.