Did Jennifer Lawrence Say Hurricanes Are 'Nature's Wrath' Against Trump? 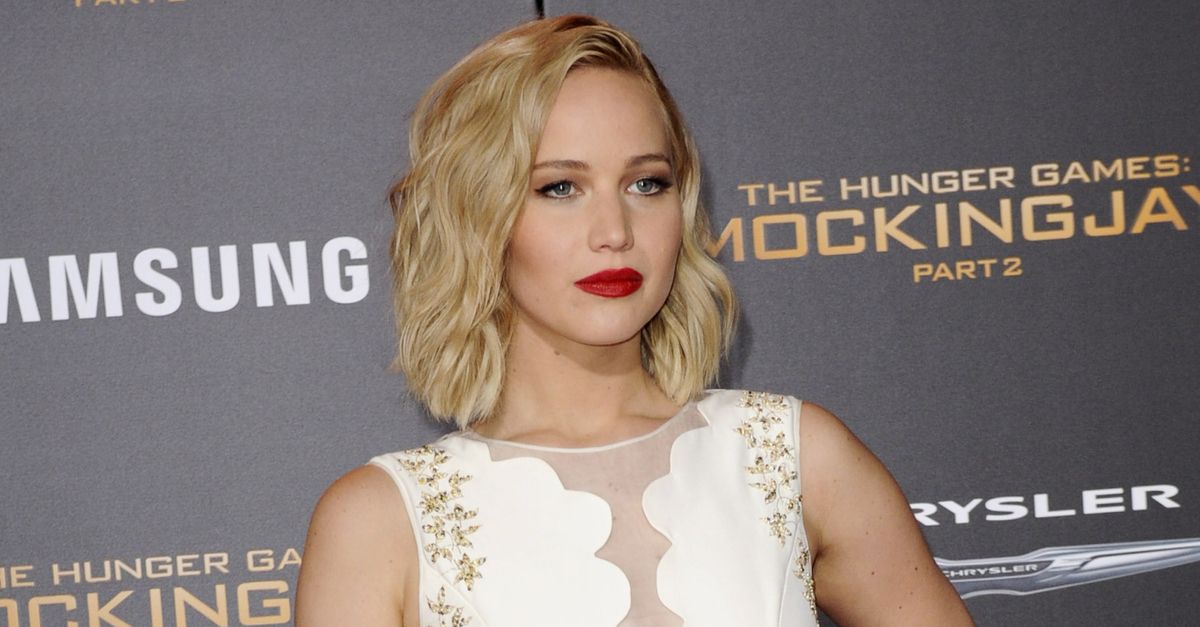 Newsbusters, for example, reported that Lawrence said "'Mother Nature’s Rage’ Directed at U.S. Because of Trump." Two days later, Fox News host Tucker Carlson dedicated a segment to Lawrence's purported comments with an accompanying online article headline that reads, "Tucker Slams 'Out of Touch' Jennifer Lawrence for Linking Hurricanes to Trump." In the segment, Carlson and his guest poke fun at Lawrence for suffering from what they call "Trump Derangement Syndrome."

The false rumor is a twisted version of comments that Lawrence made during an interview on British television to promote her new movie Mother!, a psychological thriller that uses climate change as a central metaphor.

During the interview, Lawrence said science has demonstrated that climate change is the result of human activity. When prompted by the interviewer, she added that she was troubled by the 2016 presidential election results. She never mentioned President Trump by name in that interview, but within hours various publications were sensationalizing it with commentary claiming the actress blamed him for hurricanes Harvey and Irma, which struck southeast Texas and Florida in late August and early September.

It didn't take long for the rumor to spread to more traditionally mainstream publications like the New York Daily News and celebrity site Us Weekly, which put the false claim in their headlines. The British publication The Independent further took liberties with the actress's comments by reporting, inaccurately:

Jennifer Lawrence has suggested that it is difficult not to feel as though the devastating hurricanes in Texas and approaching Florida are signs of “Mother Nature’s rage and wrath” at America for electing Donald Trump.

The Independent story has an even more misleading headline if one sees it in a Google search result:

Here is a transcript of the actual exchange:

Long: When the director was asked about the film, why it was so dark, he said, "It's a mad time to be alive." And there's certainly a sort of end-of-days feeling about it. For many people in America who would say perhaps it's true there at the moment than anywhere else. I mean what are your thoughts about the changes that have happened in your own country over the last year or so?

Lawrence: It's scary, you know, it's this new language that's forming. I don't even recognize it. It's also scary to know -- it's been proven through science that human activity -- that climate change is due to human activity and we continue to ignore it and the only voice that we really have is through voting. Um, so --

Long: And you have voted --

Lawrence: And we voted, and it was really startling. You know, you're watching these hurricanes now, and it's really -- it's hard, especially while promoting this movie not to feel Mother Nature's rage, or wrath.

On 10 September 2017, Lawrence herself responded to the controversy on her official Facebook page, writing:

My remarks were taken grossly out of context. Obviously I never claimed that President Trump was responsible for these tragic hurricanes. That is a silly and preposterous headline that is unfortunate, because it detracts from the millions of lives that are being impacted by these devastating storms and the recent earthquake. What is really important is focusing on the ways we can help. My heart is with everyone affected and the brave first responders who are working to keep us all safe. Please join me in donating to:
United Way of Houston https://www.unitedwayhouston.org
Save The Children www.savethechildren.org
Americares https://www.americares.org

During the interview, Lawrence did express sadness in the failure to adequately address climate change and environmental degradation and said that the power to do so comes from Americans' ability to vote for their elected leaders.

President Trump has been on the record denying climate change and has selected fellow climate change deniers to head key agencies such as the EPA and NASA. However, although Lawrence has made it no secret she is not a supporter of the president, she didn't blame him for the recent hurricanes.

Davenport, Christian. "Support Builds for Bridenstine to Lead NASA Despite Past Skepticism on Climate Change."   The Washington Post. 11 September 2017.