The alleged quote was cited in May 2022, just after it was announced that Jean-Pierre would take over the role of White House press secretary in the Biden administration. 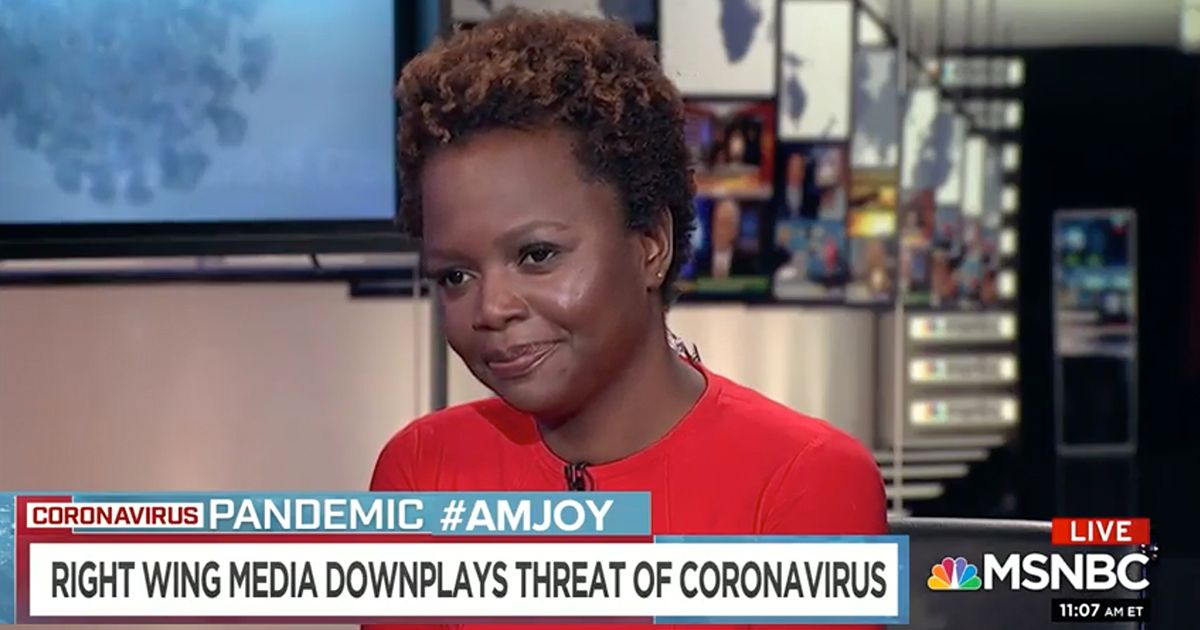 She made the remarks on a Saturday morning episode of Joy Reid's former MSNBC TV show, "AM Joy." Many readers will likely remember that week as the moment when the reality of the COVID-19 pandemic really began to set in, accompanied by toilet paper shortages and a lot of uncertainty.

Her remarks about Fox News in 2020 came to the fore again in May 2022, after it was announced that Jean-Pierre had been selected to replace outgoing White House Press Secretary Jen Psaki. Jean-Pierre, who was serving as the principal deputy press secretary for the White House at the time of the announcement, is the first Black and openly gay person to be named to the top position.

On the same day as the March 2020 broadcast on MSNBC, Jean-Pierre tweeted a partial video clip of the moment when she called Fox News "racist." During the segment, she said, "Fox News was racist before coronavirus. They are racist during the coronavirus. Fox News will be racist after the coronavirus." (A longer version of the video is available on the TV News Archive on Archive.org.)

In the complete question-and-answer session, which we transcribed for our readers below, Reid mentioned that the virus was being referred to by some as the "Chinese coronavirus," which she perceived as a racial remark. Jean-Pierre then responded, "That's what Tucker Carlson said, right?" It's true that Carlson used that phrase many times in February and March of 2020, according to video clips archived by the TV News Archive.

Most mainstream news organizations had stopped referring to the virus as "Chinese" after the World Health Organization announced on Feb. 11 that the disease was officially named "COVID-19," in part because of guidelines stipulating that the name should not refer to "a geographical location, an animal, an individual or group of people."

"The virus is thought to have originated in the city of Wuhan in China," reported Forbes at the time, "which led to it being frequently named the 'Wuhan coronavirus,' or 'Chinese coronavirus,' but neither of these were official names and some believe they may have contributed to discrimination against Chinese people."

The moment when Jean-Pierre referred to Fox News as "racist" is bolded below:

Reid: The other worry I think that a lot of people have, I think you and I have talked about this offline, is that the easy pivot is race. It's ethnicity. To say it's a foreign virus. I've noticed people tweeting "Chinese coronavirus."

Reid: Or Wuhan, yeah, and trying to like isolate it to a, sort of a racial thing, which fits more in sort of what the Trumpism model is about. It's foreign-ness. And Trump continually saying it's foreign. You almost get the sense that he really believes that only foreign people have it, and if he keeps all the foreign people out, no one will get it.

Jean-Pierre: Yeah, it plays right into his whole kind of platform on how he sees the world and how there is him or us and the other with the way he divides us consistently and constantly. Look, here's the thing. Xenophobia and racism have always played a role in outbreaks. If you look at SARS, if you look at ebola, if you look at yellow fever, Spanish flu, I mean it is something that has been really really unfortunate. And the World Health Organization said recently the stigma sometimes is more dangerous than the actual virus. They actually said they didn't want to give it a geographical name because it would do that.

And when you look at Fox News, Fox News was racist before coronavirus. They are racist during the coronavirus. Fox News will be racist after the coronavirus. So there is nothing new here. I think the difference is they have been, they are all in on being state TV for Donald Trump. And so, they will continue to give them misinformation. The danger is, so, yes, you have Asian Americans right now whose lives are seriously in danger. And you have their own viewers who can now, the ones who are 60, 60 and older who are watching, this is a health crisis that we're in. This is a global pandemic, as the WHO have said. And they're putting their lives in danger. And so, that is where we are right now, is the danger that Fox News is now, what they're putting out there, is going to hurt people and not help them.

In sum, yes, Jean-Pierre once called Fox News "racist" multiple times during a segment on an MSNBC TV show. She also posted a video of the moment to her Twitter account, a tweet that remains available to this day.

Forster, Victoria. “Coronavirus Gets A New Name: COVID-19. Here’s Why That Is Important.” Forbes, 11 Feb. 2020, https://www.forbes.com/sites/victoriaforster/2020/02/11/coronavirus-gets-a-new-name-covid-19-heres-why-renaming-it-is-important/.