Did Jay Z Say 'Satan Is Our True Lord' and 'Only Idiots Believe in Jesus'?

It helps to pay attention to what song lyrics actually say. 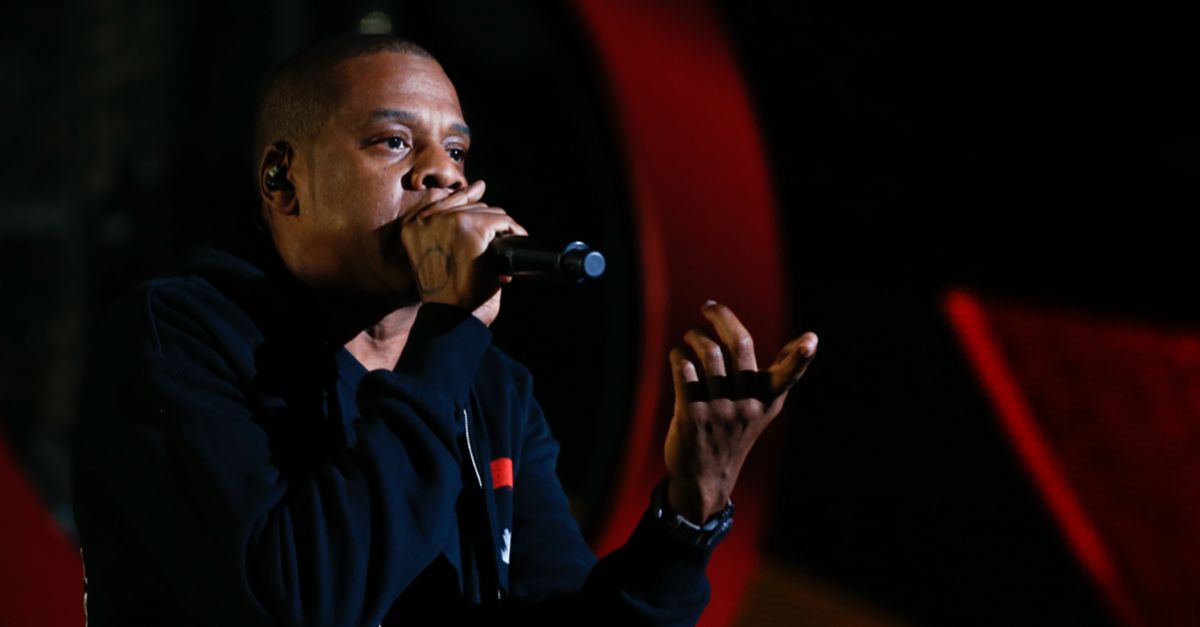 Claim:
Musician Jay-Z said that "satan is our true lord" and that "only idiots believe in Jesus" during a backstage tirade in November 2017.
Rating:

On 14 November 2017, the disreputable web site Neon Nettle published an article reporting that musician Jay-Z had espoused Satanic beliefs during a "backstage tirade" at the Smoothie King Center in New Orleans:

Hip Hop star Jay-Z has blasted traditional Christian values in an epic rant where he claims to be part of an exclusive club of "Smart people" who worships "our true lord; Satan."

The billionaire rapper has also claimed that "God created Lucifer to be the bearer of truth and light, and that "Jesus never existed" but was merely a "tool created by smart people to control dumb people."

During a backstage tirade at the Smoothie King Center in New Orleans on Friday, Jay Z pointed around the room saying, "Ya'll are being played."

The article was full of factual errors and fabricated quotes. For one thing, Neon Nettle reported that Jay-Z made this supposed tirade backstage at the "Smoothie King Center in New Orleans on Friday." However, the musician's concert at the Smoothie King Center took place on 9 November 2017, a Thursday. The site additionally claimed that "The 99 Problems rapper also promoted his Satanic beliefs onstage" and included the following footage as evidence:

This video, which has been circulating online since at least 2013, shows the rapper performing "Lucifer," but the song doesn't praise Satan. Rather, it deals with the death of a friend, thoughts of revenge (which Jay Z blames on the devil), and chasing Satan off the Earth. The main hook of the song is: "Lucifer, son of the morning! I'm gonna chase you out of Earth."

Neon Nettle did not provide any evidence to back up their outlandish claims, which is not surprising given that the site is a well-known purveyor of misinformation. One of their favorite tropes is reporting that celebrities supposedly said something inflammatory about satanic worship or pederasty, such as the time they falsely claimed Katy Perry had asserted the entertainment industry was "controlled" by "sick pedophiles," or that Brad Pitt had averred the same about Hollywood.