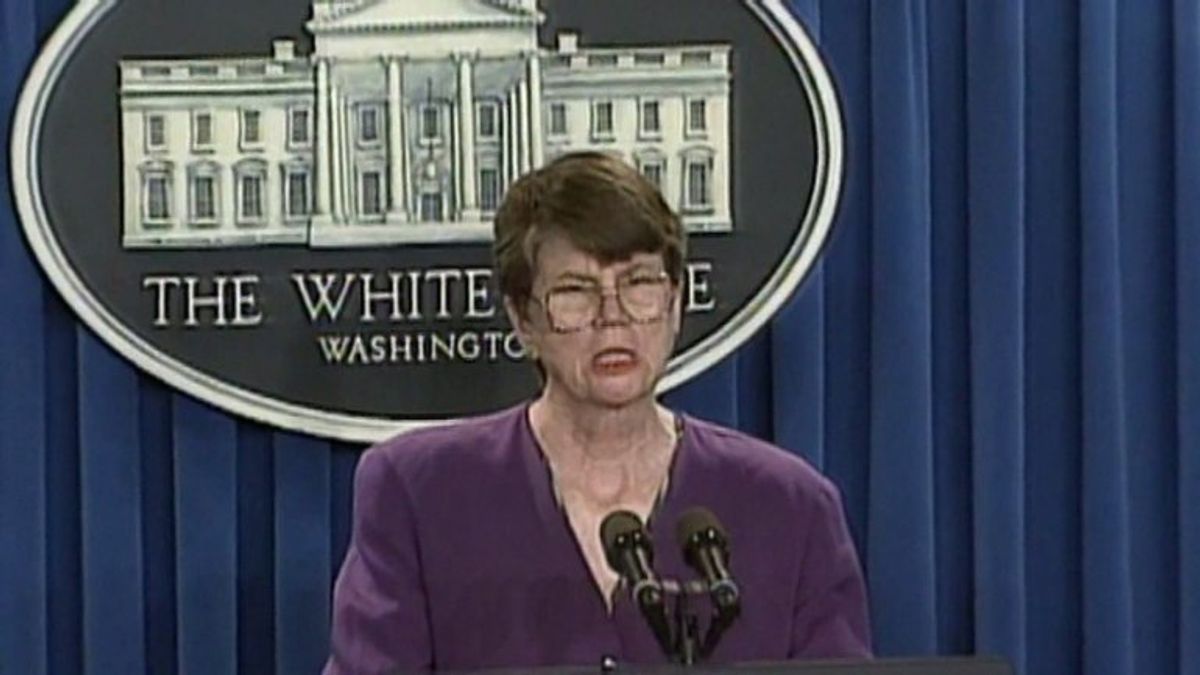 Janet Reno, who served in the cabinet of President Bill Clinton as the nation's first female Attorney General of the U.S., died at the age of 78 on 7 November 2016, one day before GOP nominee Donald Trump was elected president.

Even before Trump was announced the winner of the general election, quotes began circulating via social media attributing a fatal prescience to Ms. Reno. Here, for example, is a tweet posted at 11:46 a.m. on election day (8 November):

Janet Reno: "#Trump will be President OVER MY DEAD BODY"

As it turns out, in fact, some people were way ahead of the game and tweeting variants of the quote on the same day Reno died (7 November):

As election day wore on, the rumor took off on other social media, as well, including Facebook:

Did Janet Reno ever actually say such a thing? No. There's no public record of Janet Reno having declared anything like this. Moreover, Reno was suffering from late-stage Parkinson's disease during the final years of her life and had difficulty speaking at all. When the New York Times attempted to interview her in the summer of 2016 (after Donald Trump had become the GOP nominee), they were unable to do so, even with the help of Reno's sister.

We can safely assume that Reno, a lifelong Democrat, did not support Donald Trump for president, but there's no evidence she ever expressed the sentiment that he would not be elected during her lifetime. Like similar claims that conservative gadfly Phyllis Schlafly, who died in September 2016, said "There will be a woman president over my dead body," it's just an attempt at ironic humor at the expense of the recently deceased.