Long-standing rumor holds that actress Jamie Lee Curtis acknowledged in an interview that she was born with both male and female sex organs. 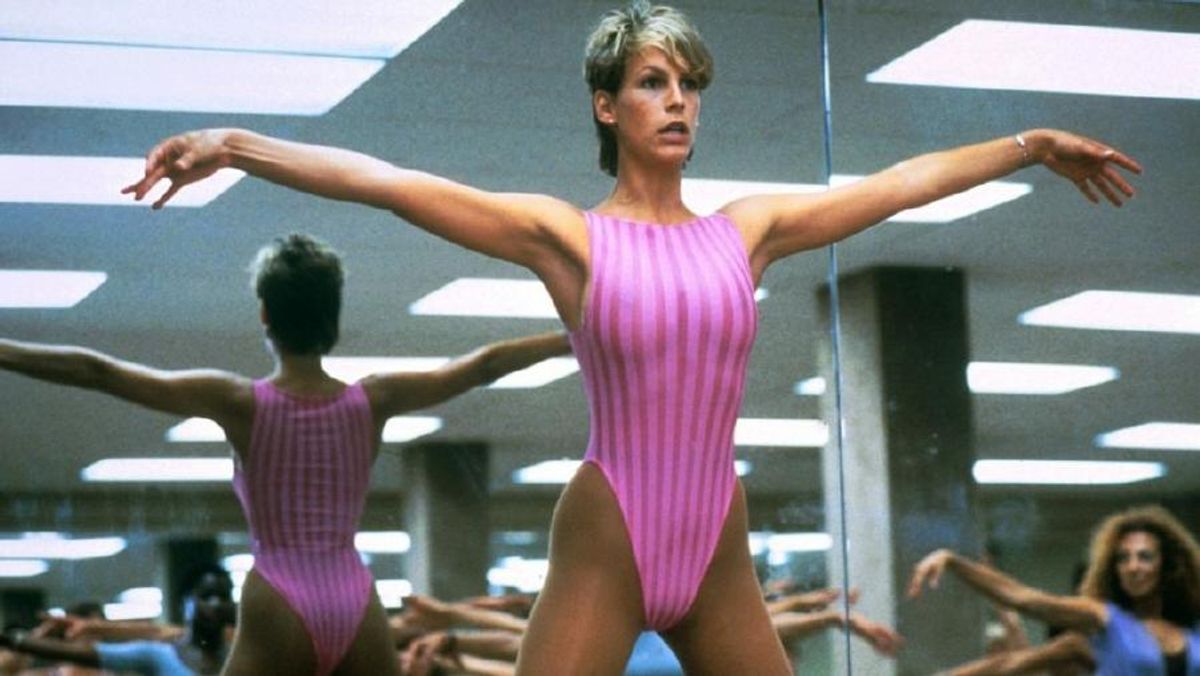 Claim:
Actress Jamie Lee Curtis acknowledged in an interview that she was born with both male and female sex organs.
Rating:

What to make of the child of two successful and famous actors who grows up to achieve an equal measure of fame in the same field? What if this gal has a boyish-sounding name and adopts children rather than bears her own? A rumor, apparently. And one she would rather not discuss at all:

One story that keeps on circulating around Hollywood is that Jamie Lee Curtis was born an hermaphrodite and had to undergo surgery after birth in order to become legally female! This has been told to me by people who have worked on films with Jamie and by one physician who claims to have seen the records at Cedars Sinai.

According to an oft-repeated whisper, Jamie Lee Curtis acknowledged that she was born intersex (the preferred medical term for persons of ambiguous gender, replacing the outdated "hermaphrodite").

No one but Ms. Curtis, her parents, and her doctors has the definitive answer to this question, and none of them is talking. Contrary to common assertion, Ms. Curtis never made such a revelation during an interview or public appearance and has repeatedly declined deigning to provide a response to this rumor, and her physicians — even if they had something to say and wanted to say it — are bound by laws regarding doctor-patient confidentiality.

This rumor is often lent credibility by people who have heard it repeated as fact by their university professors (especially those with specialties relating to intersexuality). Neither the hearer nor the teller ever seems to be able to provide a credible explanation of how he knows this piece of information to be true, the chain of transmission always tracing back to the notoriously unreliable "Someone else told me about it." As happens over and over, even the most trusted of sources can sometimes take a widespread rumor at face value, then parrot it as fact.

Okay, so we simply don't know. Why, then, is this rumor so widespread?

Jamie Lee is the daughter of Tony Curtis and Janet Leigh. At the time of Jamie Lee's arrival into this world, her father was a roguishly good-looking leading man, an actor female moviegoers couldn't help but swoon over. Her mother was a beauty and a renowned actress. Their union produced two daughters, Kelly Lee in 1956 and Jamie Lee in 1958.

In their day, Curtis and Leigh were one of Hollywood's up-and-coming couples, two successful, ambitious, famous people who appeared to have it all, with that "all" including a happy marriage and two fine children. (As is often the case, appearances were deceiving: Curtis and Leigh divorced in 1962 after 11 years of marriage, and there were more difficult times ahead for both of them.) It's thus possible that the current rumor about Jamie Lee stems from an ancient backlash against her parents, long-ago envy expressed as a slander about what the union of two "perfect" people had produced. Just as the fox decries as sour the grapes that hang out of his reach, so might meanspirited folks fed up with hearing about the beautiful people spread a rumor that, in their minds, at least, cuts these stars down to size.

Two facts lend an aura of credence to the rumor that Jamie Lee was born with both male and female body parts. The first is her two-way name: According to the rumor, a boyish appellation was bestowed upon her by parents who hadn't yet decided whether to have a boy or a girl "made" of their baby and wanted to be prepared to go either way, but that wasn't the case of it. Janet Leigh explained how she came to choose the name:

At that time, we didn't know ahead of time if it would be a girl or a boy, so when I was pregnant with Kelly, my best friend Jackie Gershwin said, "Why don't you call the baby Kelly, so if it's a girl, it works, and if it's a boy, it works?" And she thought the same thing with Jamie. The babies were named before they were born because Jackie said, "This way, we won't have to worry about it!"

If the names were truly chosen before the children arrived, that puts paid to the notion that "Jamie Lee" was so christened in response to a medical condition that would only have been discovered after her delivery. (Jamie Lee Curtis was born long before the development of medical technology that could identify dual-sexed fetuses.)

The second fact that supports the rumor is Ms. Curtis' own children: They're adopted. Though couples opt for adoptive children over natural progeny for any number of reasons, it is true the operation necessary to "correct" intersex characteristics in a female infant would leave her unable to bear children.

Degrees of intersexuality vary in intensity from presence of an additional Y chromosome to being born with a mixed set of genitals. Treatment of cases of blatant intersexuality is generally (but not always) surgical in nature, with reconstruction performed on the infant patient to add or remove body parts so as to end up with a child completely male or female in physical appearance. Hormones are also given towards this end, but there is a limit to what can be altered medically. Though an appearance of less ambiguous sexual traits can be constructed, fully functional reproductive organs cannot.

According to Dr. Anne Fausto-Sterling, a recognized expert in this field of study, 1-1/2 to 2% of all births do not fall strictly within the tight definition of all-male or all-female, even if the child looks "normal." In reaching her numbers, Dr. Fausto-Sterling counted all incidents of intersexuality, from mild to extreme. The incidence of children with mixed genitalia is pegged at 1 in 2,000 to 1 in 3,000, or 0.033 to 0.05 percent of all births.

(Many technical names have been assigned to describe sexual ambiguity, including testicular feminization, transgendered, and androgen insensitivity syndrome. Rather than get bogged down here in descriptions of them, we direct readers to follow the link in the "Additional Information" section of this page for further discussion of the subject.)

Intersexuality is a reality; some children are ambiguously sexed at birth. However, one particular point needs to be made, and made quite vehemently: The existence of such anatomical variations is not reason in itself to suppose that Jamie Lee Curtis has any of them. Using the one to bolster belief in the second is akin to claiming the existence of the Atlantic Ocean somehow proves a particular ship sank in it.

It is a telling commentary on the skewed importance we give any matter relating to sexuality that this rumor exists at all.

Additional information:
Intersex: The Body, The Self (Harvard Medicine, Winter 2020)