Did a Jameson Whiskey Heir Buy a Slave Girl to Watch Her Get Cannibalized?

In 2021, social media posts referenced a 130-year-old scandal and a horrifying anecdote from a colonial expedition to Africa. 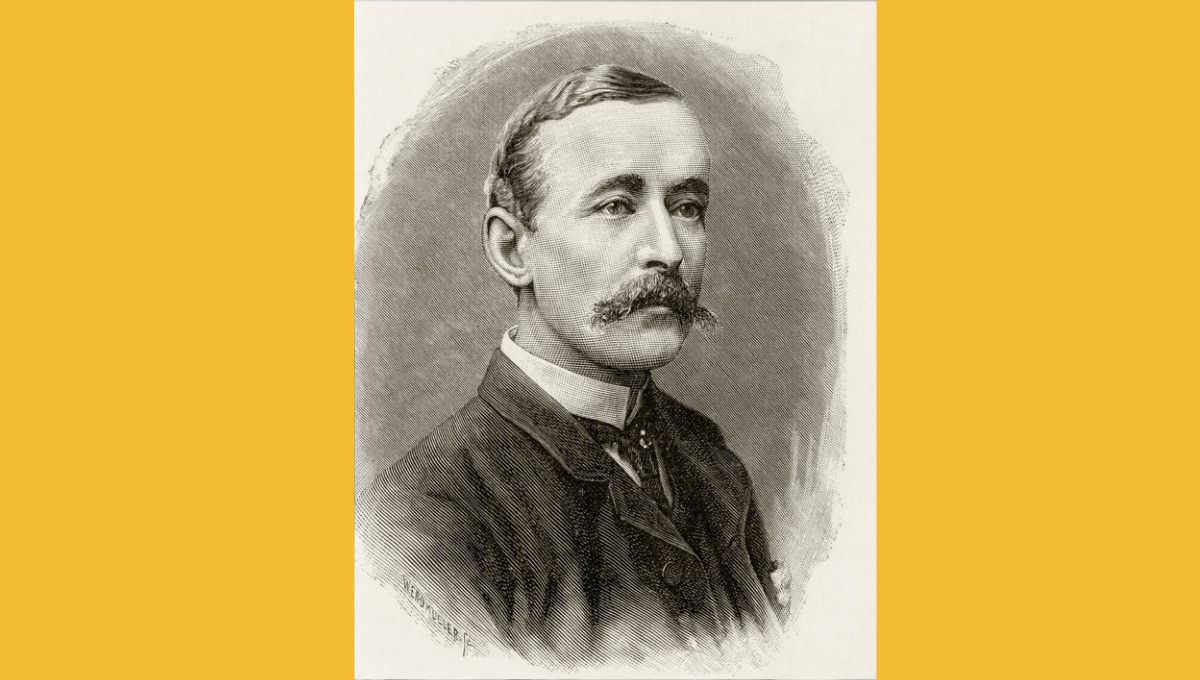 Claim:
James Sligo Jameson once bought a slave girl in Africa so that he could live out his desire to watch her being murdered and cannibalized.
Rating:

By his own admission, Jameson witnessed the murder and mutilation of a girl in what is now the Democratic Republic of the Congo, in 1888. The incident took place after Jameson paid handkerchiefs to a man who had said "Give me a bit of cloth and see."

Jameson insisted he did not set out with the intention of causing or witnessing any murder or act of cannibalism, and described what he ultimately witnessed as "the most horribly sickening sight I am ever likely to see in my life."

The horrifying vignette has been told many times and republished in several online posts and in memes over the years, but it saw a resurgence in 2021 for reasons that are unclear. For example, in 2015, the website Afflictor.com published an account that read as follows:

In 1890, James S. Jameson, heir to the famed whiskey-distilling family's wealth, was accused of a crime that was singular and sinister even by the standards of colonialism. Syrian translator Assad Farran testified that the peripatetic explorer paid African natives a number of handkerchiefs to kill and cannibalize a small girl. Jameson, it was alleged, desired to not only witness the heinous acts but to sketch them.

Most accounts highlight and emphasize the affidavit written by Farran, the interpreter, which was published in the London Times, and subsequently excerpted in The New York Times, in November 1890.

In reality, the truth of exactly what happened, and why, was obscured from the very outset by a flurry of competing narratives, claims and counter-claims, ad hominen attacks, and purported retractions. The passing of more than a century, and the deaths of everyone involved, has done nothing to offer any greater clarity.

However, we do know that, based on Jameson's own journals, he did witness the brutal murder and cannibalization of a young girl in what is now the Democratic Republic of the Congo, in 1888, and played some part in its coming about. According to Jameson, he expressed skepticism about the practice of cannibalism, to which one of his fellow travelers supposedly replied "Give me a bit of cloth and see." Jameson provided six handkerchiefs to the man, and the murder and mutilation of the girl ensued.

For understandable reasons, this has been interpreted and presented over the years as Jameson using his relative wealth and power to "buy" an African girl in order to satiate his own murderous perversions or curiosity. However, at the time, Jameson protested against such characterizations, insisted that he did not believe anyone would go through with any murder and cannibalization, and described the scene that followed as "the most horribly sickening sight I am ever likely to see in my life."

As a result of these differing accounts, we are issuing a rating of "Mixture" as to the claim that Jameson bought an African slave girl in order to live out his desire to watch her being murdered and cannibalized.

The Jameson-cannibalism affair was a bona fide scandal in the late 1880s and early 1890s, and one that played out in part in the pages of British newspapers, in particular The Times of London.

Jameson was in Africa in the first place as part of the Ermin Pasha Relief Expedition, a high-profile and controversial British-led project to rescue Ermin Pasha, the German-born Muslim convert governor of the Egyptian province of Equatoria, as well as to explore new colonial territories in the Congo, on behalf of Belgium.

Jameson died in August 1888 of what one account described as "haematuric fever," a type of typhoid fever, in the town of Bangala, now Bangala Station, in what is now the Democratic Republic of the Congo. He was 31.

Shortly after his death, the cannibalism rumors emerged in the pages of British newspapers. In September 1888, for example, Farran was interviewed by a Press Association reporter, whose account was published in the Aberdeen Journal:

He [Farran] affirms that he himself saw persons killed and cooked for food by the Manyemas, and gives a horrible description of an orgie at which the late Mr. Jameson was an interested and non-protesting spectator. He declares that a poor woman was sentenced to this fate, and that Mr. Jameson managed to get the deed postponed until he could make a sketch.

However, Jameson's final telegram to his wife, republished in the newspapers, read: "The reports about me, emanating from Assad Farran, a distinguished interpreter, [are] false. If made public, stop them."

In fact, no sooner had Farran made the cannibalism allegations against Jameson, than he reportedly retracted them. In September 1888, The Times of London published a letter from William Bourdett-Coutts, an American-born Conservative Member of Parliament, who claimed to have witnessed Farran signing an "emphatic retraction" of the story while in London earlier that month.

Bourdett-Coutts claimed that Farran had admitted to him personally that he had fabricated the story about Jameson, as well as allegations of abusive and violent behavior on the part of Edmund Barttelot, a British army officer, because he was angry at having been fired by Barttelot.

1890: A Sworn Statement and a Confusing Retraction

Two years later, the scandal reared its head once again. On Nov. 14, The Times of London published a lengthy and detailed affidavit from Farran, purportedly signed in March 1890. His account, which contains descriptions of brutal violence against a child, can be read in full here and here.

Crucially, Farran wrote that Jameson was "very anxious to see a man killed and eaten by cannibals," and that during a stop in the village of Riba Riba (now the re-formed community of Lokandu in what is now the Democratic Republic of the Congo), Jameson had told a local tribal leader "In England we hear much about cannibals who eat people, but being myself in the place, I should like to see it done."

According to Farran, Jameson was told that in order to have his wish fulfilled, he would have to buy a slave and then present them to the local villagers as a gift. After agreeing on the price of six handkerchiefs, Jameson purportedly bought a slave who turned out to be a "girl of about 10 years old." An unnamed man then presented the girl to the villagers, reportedly saying, "This is a present from the white man, he wants to see how you do with her when you eat her." The girl was then stabbed to death and mutilated while, according to Farran, Jameson drew six sketches of the scene, which he later painted with watercolors.

The following day, Nov. 15, 1890, The Times published a letter from Jameson himself, purportedly written on Aug. 3, 1888, two weeks before his death, and provided by his wife, Ethel.

In it, Jameson claimed to have been horrified by the murder and mutilation of the girl, insisted that he did not sketch the scene until later on, and said it had come about because he had been dismissing the accuracy of various stories about cannibalism, which he told an "Arab" man present he "did not believe could happen in any country in the world," such was his revulsion and disbelief. Jameson continued:

He, laughing, said: "Give me a bit of cloth and see." I only thought this another of their plans for getting something out of me, and, having some cloth of my own, as he had been kind to me, sent my boy for a small piece of six handkerchiefs, which I gave to him. Then followed the most horrible scene I ever witnessed in my life...

The whole thing happened so quickly that, had I wished, I could not have sketched it, and I had nothing with me to sketch with, they all being in my house. The small sketches I made were done in the evening afterwards in my own house... How the girl was obtained I do not yet know...

Along with that letter from Jameson, his wife enclosed what was purported to be a retraction, signed by Farran, back in September 1888. It read as follows:

I, Assad Farran, lately interpreter with the Relief Expedition, declare most solemnly that the story of Mr. Jameson buying the girl has been altogether misunderstood... The story is entirely untrue, and such a charge against Mr. Jameson I declare to be unfounded. The six handkerchiefs given by Mr. Jameson were a present and had no reference whatever to the occurrence with which, through the above misunderstanding, they have been erroneously connected. Rather than providing clear corroboration of Jameson's own account, and a neat conclusion to the saga, Farran's retraction poses more questions than it answers.

Firstly, his claim that the handkerchiefs "had no reference whatever" to the subsequent murder and mutilation of the girl is contradicted by Jameson himself, who clearly described a causal link between the handkerchiefs and the cannibalism, even if he denied "buying" the girl, as such, and denied being motivated by bloodlust or inhumane curiosity.

Secondly, Farran's retraction was supposedly dated September 1888, which is 18 months before he purportedly signed the affidavit that was published in The Times on Nov. 14, 1890.

Why, and under what circumstances, did Farran first tell several people that Jameson had bought a slave girl so that he could live out a dark desire to see her cannibalized; then quickly retract the story in a way that contradicted even Jameson's own account; then, almost two years later, sign an affidavit contradicting his previous retraction, and outlining the original allegations against Jameson in horrifying detail?

In 1891, Ethel Jameson edited and published her husband's account of the expedition, consisting of various letters and diary entries. That version of the cannibalism story dated the events to May 11, 1888. The account published in Jameson's diaries, which can be read here, is broadly the same as the one contained in the August 1888 letter later published by The Times.

Jameson emphasizes even more strenuously that he did not set out with the intention of witnessing any murder or mutilation, which he describes as "the most horribly sickening sight I am ever likely to see in my life," as follows: